In the ancient Maya world, sickness was commonly deemed a direct consequence of a god’s judgmental eye. Since having one’s soul captured by a supreme being calls for urgent and robust action, the healing process had to undergo a spiritual cleansing as well. Hence, the Maya doctors also acted as priests, to ensure all bases were covered.

The perceived supernatural element of a disease meant the healing process was not restricted to the concoction of teas and ointments – sweat baths and the use of mind-altering substances (such as the “hongos” we tried in San José del Pacífico or tobacco) were used to cross a bridge into a higher conscience and ultimately the spirit world.

Apart from demonstrating great skill in deciphering symptoms and performing ritualistic practices, Maya healers also had to display an encyclopedic knowledge of the natural world.

The medicinal properties of many local plants and herbs were handed down through generations, and played a crucial role in a community’s daily life for centuries. Nonetheless, increasing modernization has diminished the importance of several native traditions, herbal medicine being one of them.

As fans of herbal infusions, we had purchased a locally-produced tea from a store in Panajachel. Since we greatly enjoyed its soothing taste and were curious to know more about Maya herbal medicine in general, we paid a visit to its source, the Maya Traditions Medicine Garden, located in the Jucanya neighborhood. 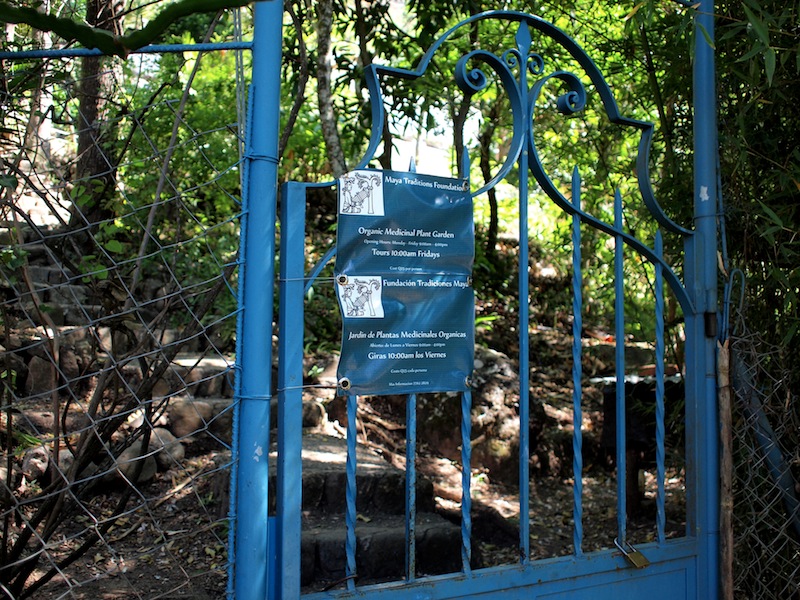 The garden is supported by the Maya Traditions Foundation, a non-profit fair trade organization working with local indigenous Maya people. Its keeper and herbal expert is Braulio, who kindly guided us through an impromptu tour, at times in full view of gorgeous Lake Atitlán. 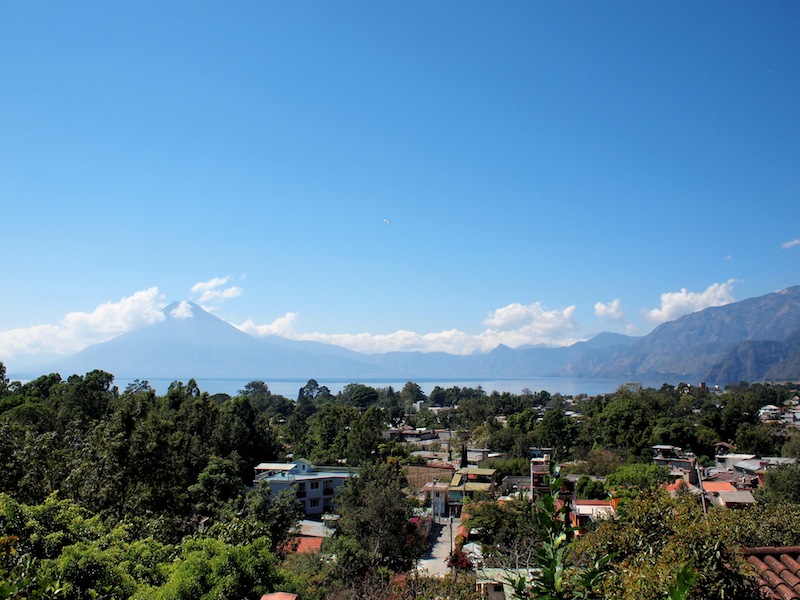 Along with native species, the garden also contains plants brought to Guatemala by conquistadors, tradesmen and globalization. Surrounded by greenery and rushing water streams, we were given fascinating information concerning a plethora of herbs, bushes and trees, while also learning how the garden operates – from fertilization to drying of the leaves, and eventually to the final product.

We chose a few samples from our visit, and have added some of the information shared by Braulio below. We highly recommend a visit to the Maya Traditions Medicine Garden to anyone interested in nature and culture, or just wanting to escape the bustle of Calle Santander.

Note: Entry fee is 25 GTQ/2 EUR and a short tuk-tuk ride away from Calle Santander. 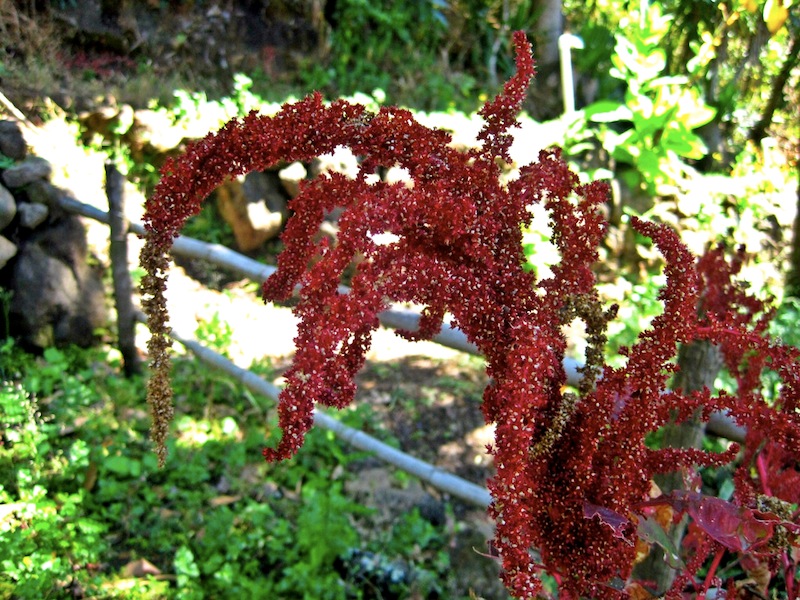 Main Traits: gluten-free and high in protein. Contains lysine (helps to absorb calcium, builds muscle and produce energy). High in fiber and phosphorus. It is also a rich source of minerals and vitamins.

Curio: the word amaranth comes from the Greek word amarantos, meaning “unwilting” or “unfading”, as the plant was a symbol of immortality.

History: The Aztecs knew it as “huauhtli”, and it made for up to 80% of their caloric consumption before the European conquest. Amaranth seeds were used to prepare ritual drinks and foods throughout Mesoamerica. 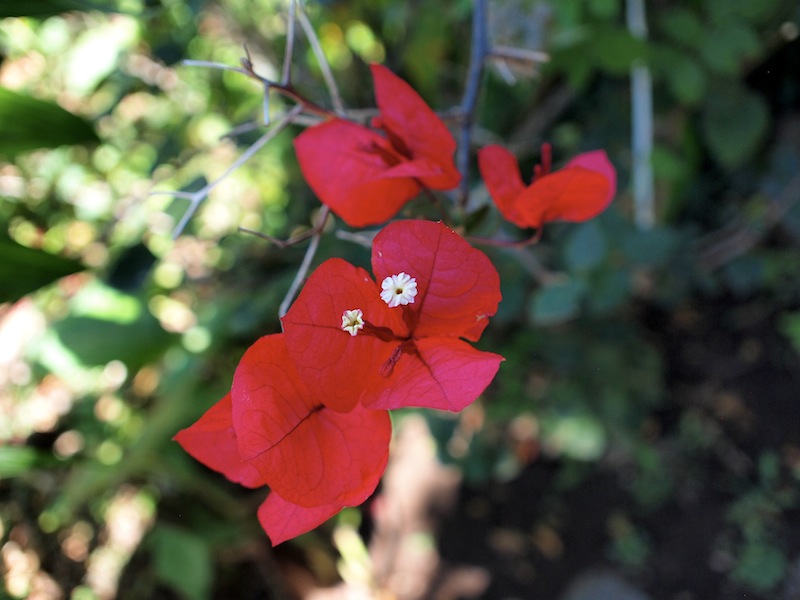 Indications: anti-diabetic and antibacterial. Fights cough and sore throat. Its leaves are considered to have anti-inflammatory properties. 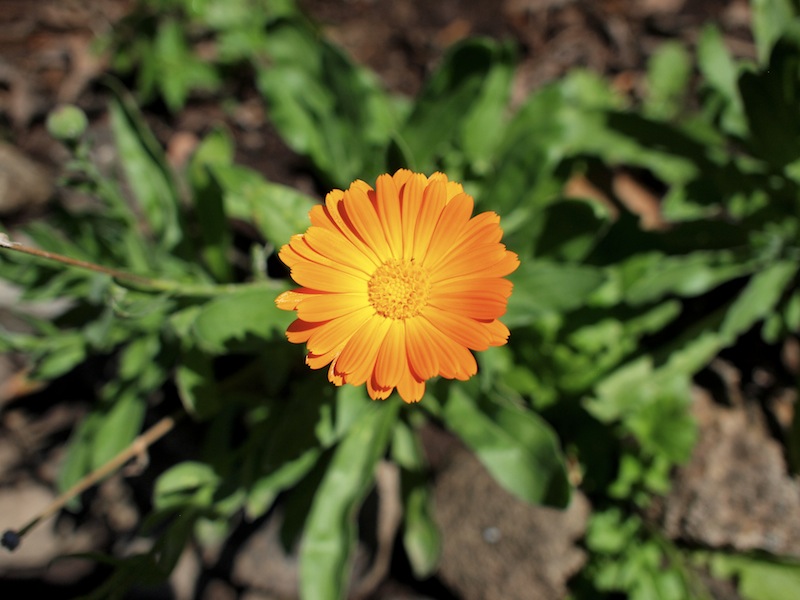 Curio: petals are edible and can be used fresh in salads. In its dried state, can be used to color cheese or as a replacement for saffron.

Indications: treats acne, controls bleeding, abdominal cramps and constipation. Calendula oil is used as an anti-inflammatory and a remedy for healing wounds.

Note: may cause allergic reactions. 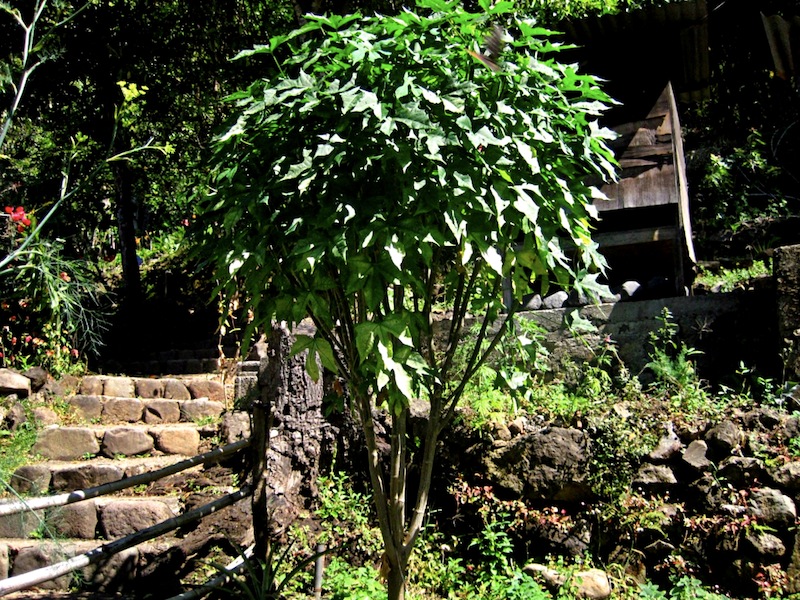 Curio: although also known as Miracle Plant, chaya leaves are toxic, so should be cooked before ingestion.

History: likely to have originated in the Yucatán Peninsula of Mexico. Its leaves are used in Mexican and Central American cuisines, in a similar way to spinach. 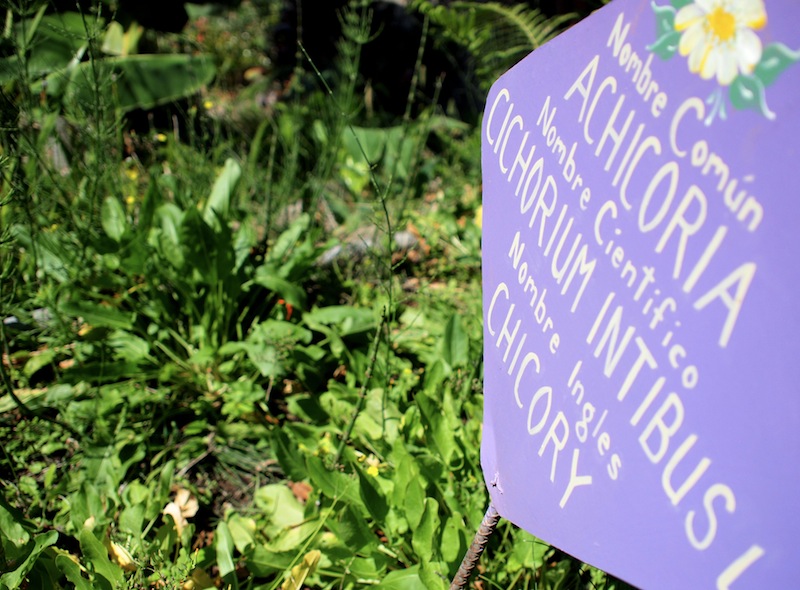 Curio: chicory root is sometimes used as a substitute for coffee.

Indications: helps eliminate intestinal parasites. Increases calcium absorption and improves bowel function. A paste of chicory leaves can be used directly on the skin to treat swelling and inflammation. 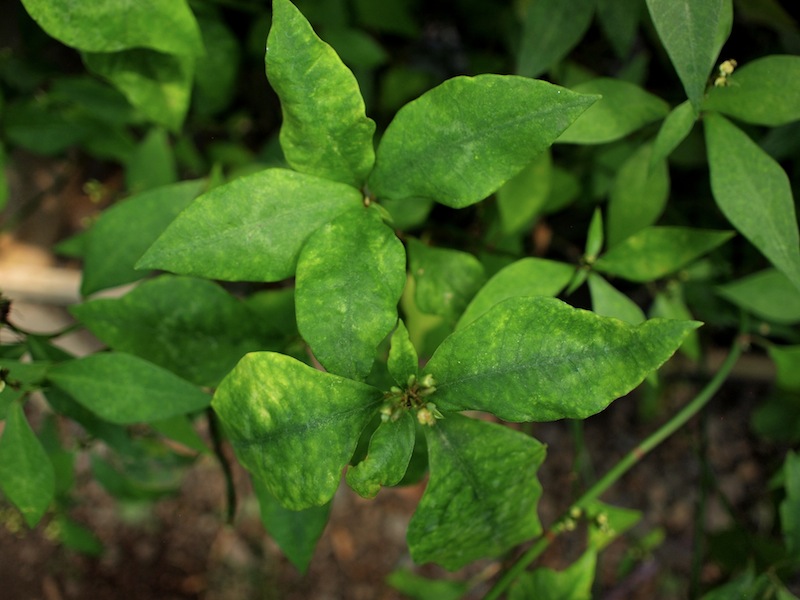 Curio: herbal tea made from Ixbut leaves has been used in Guatemala for centuries, namely to induce lactation in Mayan women. 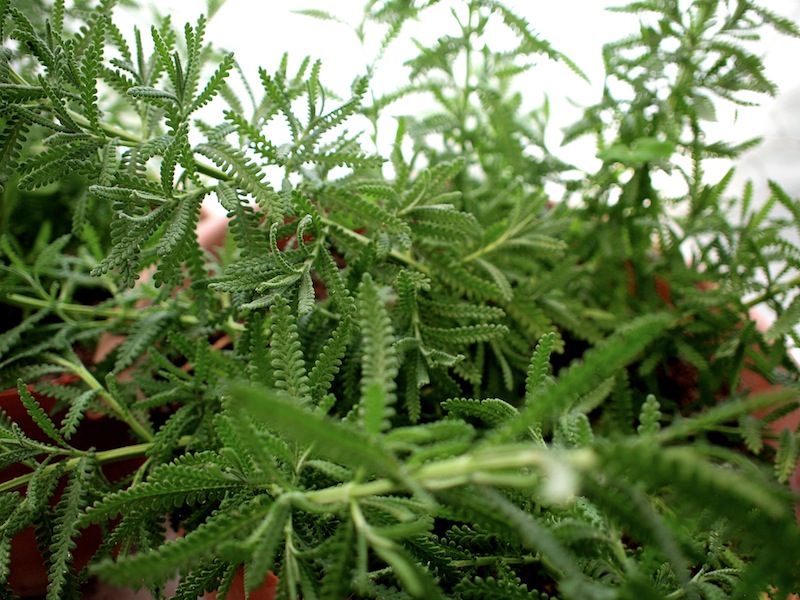 Curio: lavender essential oil was used in hospitals during World War I to treat wounded soldiers.

History: believed to have originated in the Mediterranean region. Documentation goes back at least 2500 years. 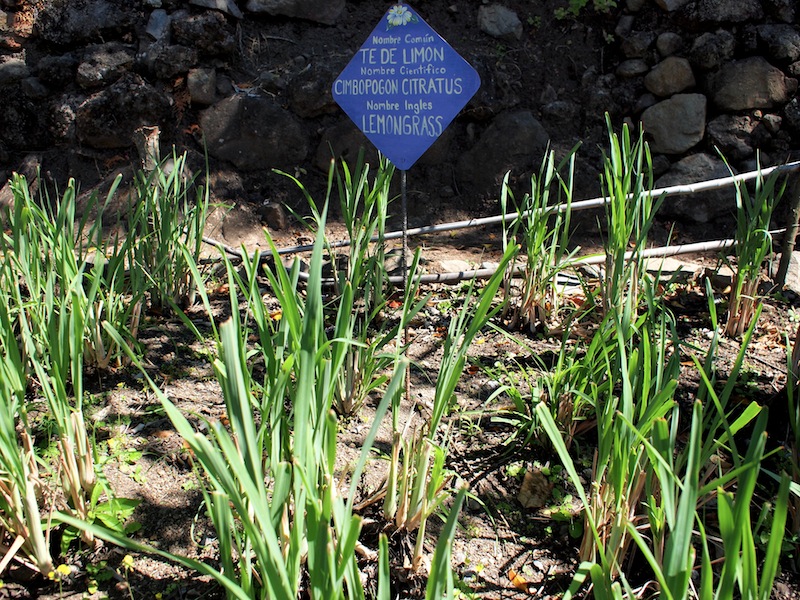 History: indigenous to India and tropical Asia. Popular as tea in African and Latin American countries. 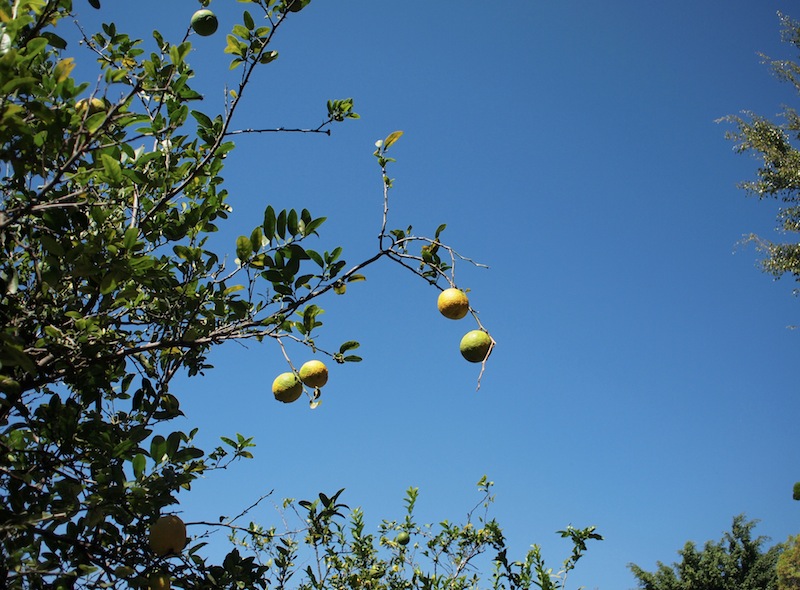 Main traits: vitamins and such.

History: native of South America and the Andes. 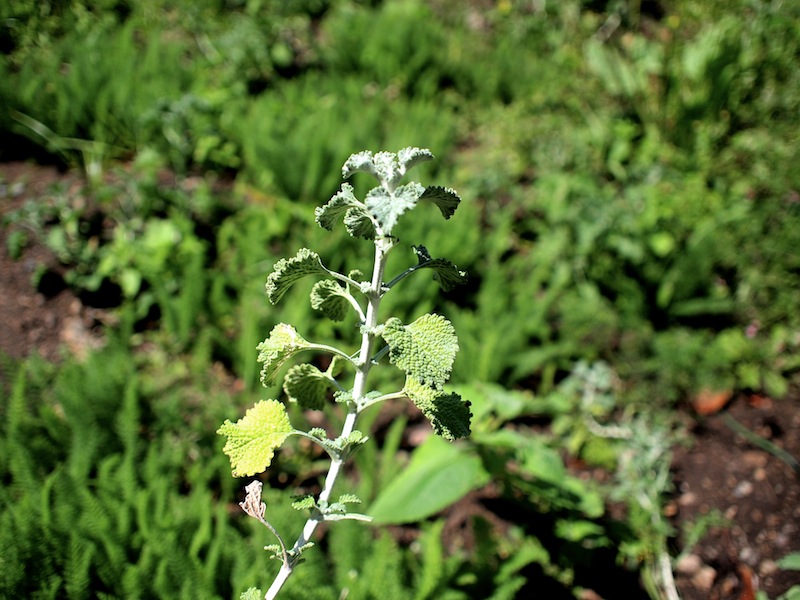 Curio: used as a natural grasshopper repellent in agriculture.

History: Indigenous to to Europe, northern Africa and Asia. Medicinal usage dates back to the first century BCE, as noted by Roman encyclopaedist Aulus Cornelius Celsus. 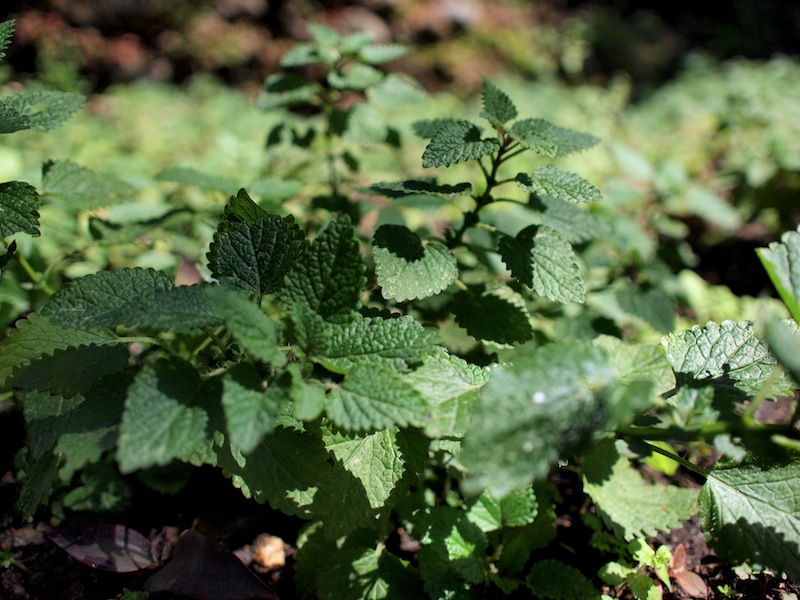 History: native to the Mediterranean region.

Indications: treats disorders of the gastrointestinal tract and nervous system. 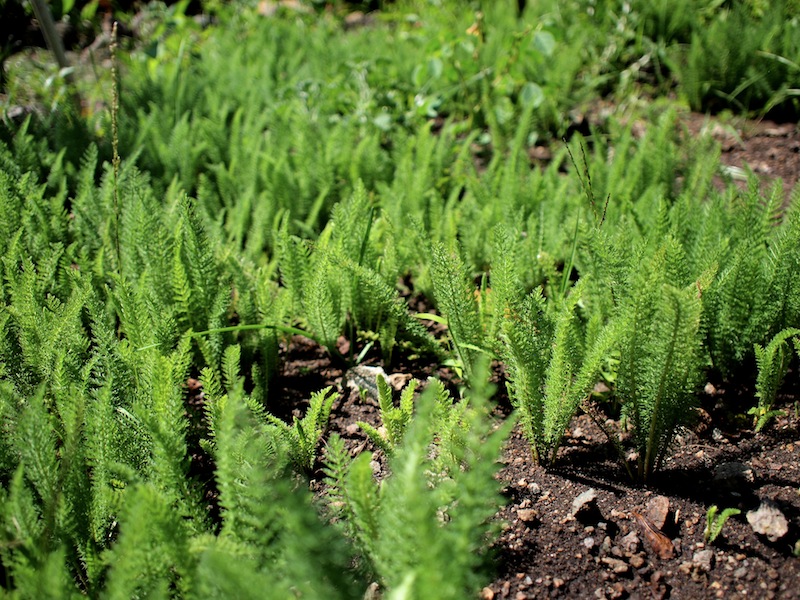 History: native to temperate regions of the Northern Hemisphere in Asia, Europe, and North America. 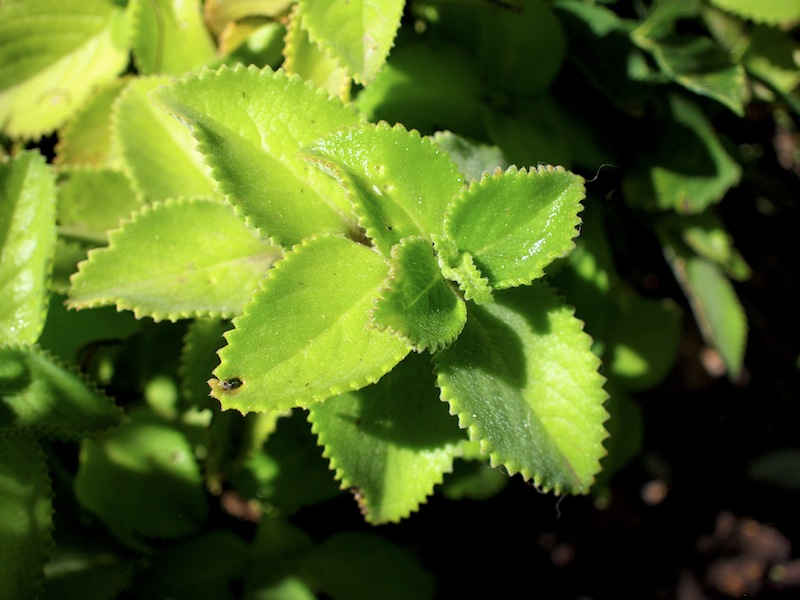 Curio: used as a substitute for oregano in the food trade. Although known in the USA as Mexican mint, Guatemalans refer to it as Cuban oregano. It’s a geographical mess… 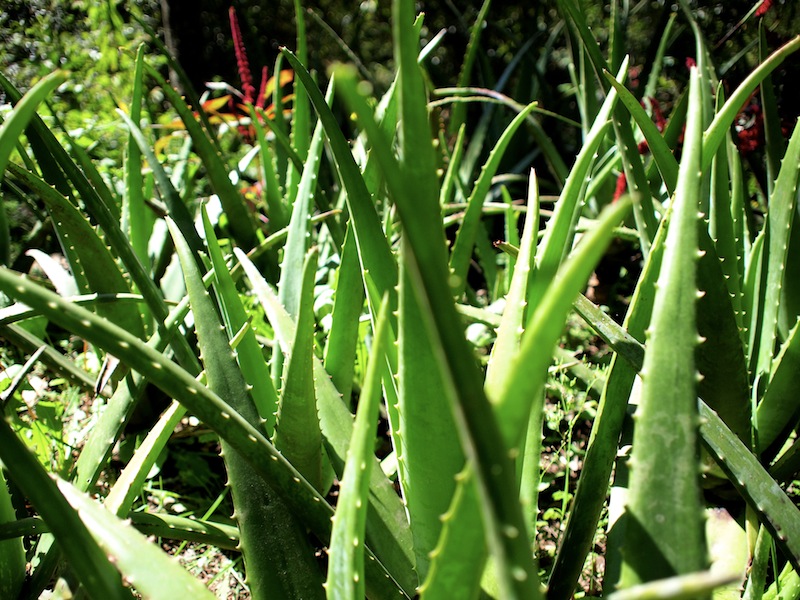 Curio: commercially used as an ingredient in yogurts, beverages and desserts. Aloe Vera gel has been heavily marketed by the cosmetic industry as having rejuvenating properties.

History: believed to have originated in Africa, but has since been widely cultivated throughout the world. 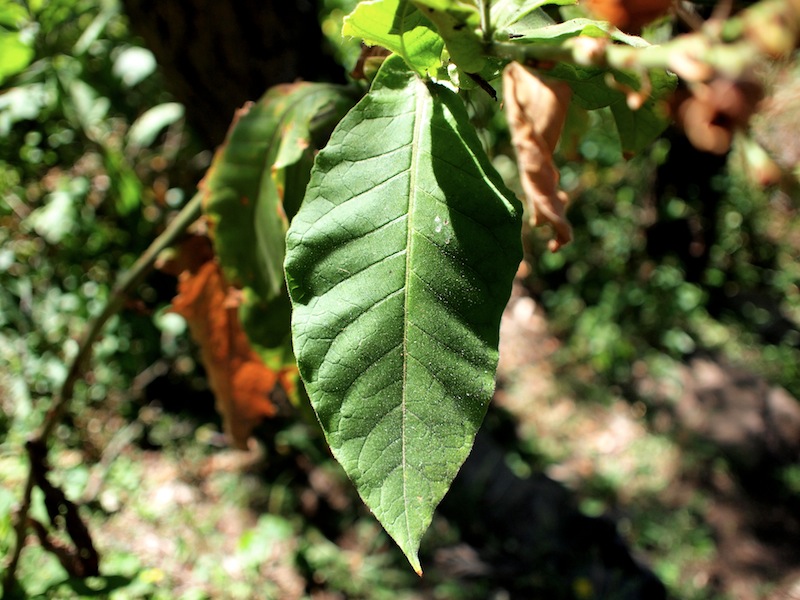 Main Traits: nicotine (but we all know that).

Curio: used as an entheogen (like peyote or hongos) by the indigenous people of the Americas for centuries.

History: indigenous to tropical America. Some cultivation sites in Mexico date back to 1400-1000 B.C.

Indications: although macerated leaves have been used to treat skin problems, tobacco was mostly linked to shamanistic practices in the Mayan world. Hence, its purpose wasn’t to directly heal a condition, but to allow access to a higher power who would hopefully deal with the issue at hand and eventually make it go away. In the end, in spite of scientific advancements and ancestral knowledge, we’re all just waiting for a miracle…