Our North-American road trip ended in the hot, chaotic streets of L.A. However, getting there turned out to be a remarkable journey, as we drove through the Big Sur and its scenic vistas of the Pacific Ocean.

We began our winding excursion in Santa Cruz, a seaside town mostly prominent for its ebullient beach boardwalk, a California Historical Landmark teeming with food shacks, carousels, carnival games, video arcades and even an indoor mini-golf course. Its best-known attraction is the Giant Dipper roller coaster, an impressive wooden construction seemingly teetering toward rupture but continuously packed with thrill-seekers nonetheless. 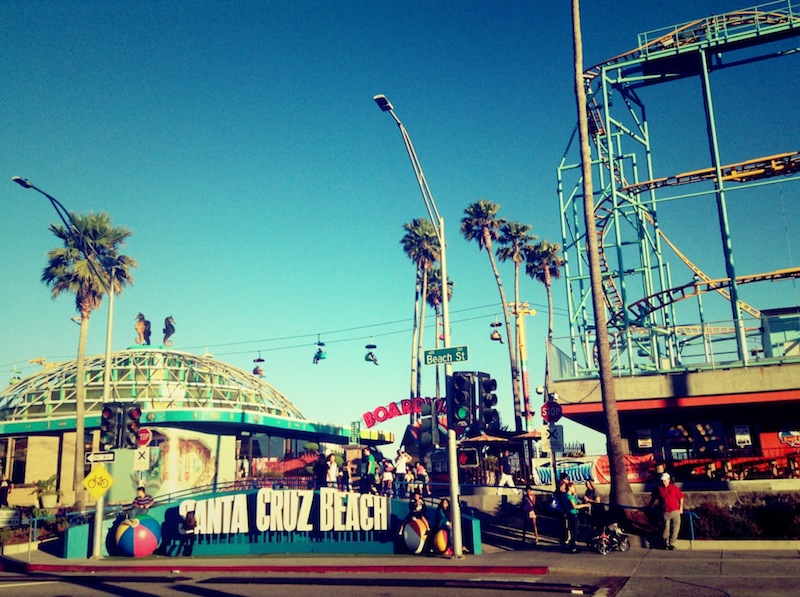 The boardwalk stretches along a sparkling sandy beach, washed by the deep blue waters of the Pacific. The general mood is certainly festive, if not downright rowdy. Groups of families meander about alongside old hippies, sandaled partygoers and freckled students, all searching for a stirring ride when not eating hotdogs on a stick.

From Santa Cruz we took the celebrated Highway 1, departing for Monterey and ultimately leading us on a serpentine discovery of one of the most beautiful driving sceneries in the world. The portion we would be careening through is named Cabrillo Highway, after the Portuguese explorer who became the first European to sail across the California coast. (Since he was traveling on behalf of Spain, can I blame this on the Spanish?) 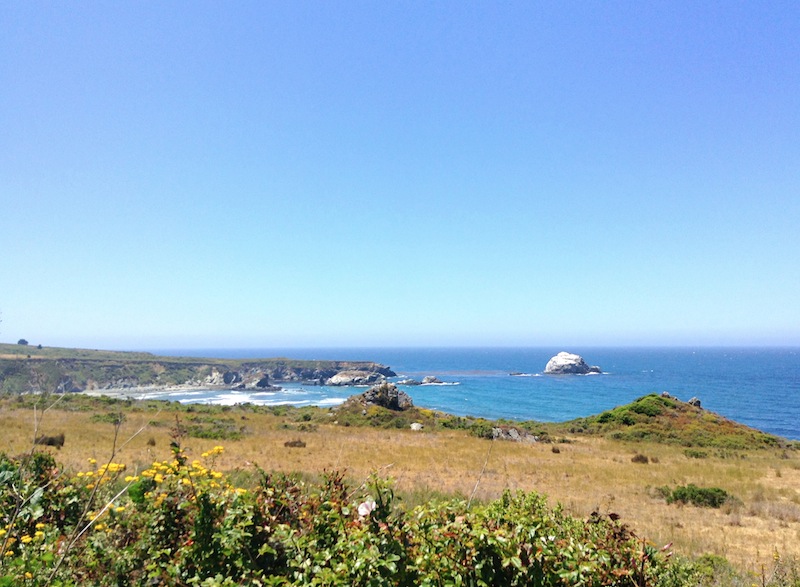 The Big Sur has no specific boundaries, but the semi-official definition includes the 140 km stretch of seashore road from Carmel to San Simeon, crossing the Los Padres National Forest on the inland side. It is a thinly populated region, kept for the most part ruggedly natural by environmental restrictions enforced by Monterey County.

However, it became a secluded haven for writers and other artists in the mid-20th century, housing such luminaries as Jack Kerouac, Richard Brautigan and the wonderful Henry Miller, who amongst other famous works authored “Big Sur and the Oranges of Hieronymus Bosch”. 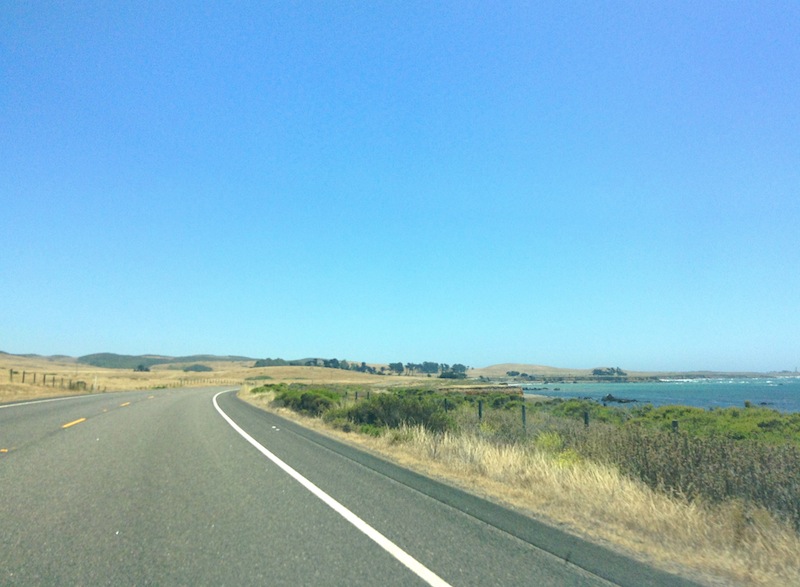 The road itself is magnificent. The Pacific Ocean loomed in and out of view as we drove in zigzags through vertiginous cliffs and then descended to nearly sea-level. Due to the region’s stunning beauty, numerous panoramic stops are scattered along the road, to prevent awestruck tourists such as ourselves from gazing too close to the abyss and falling into the vast ocean. 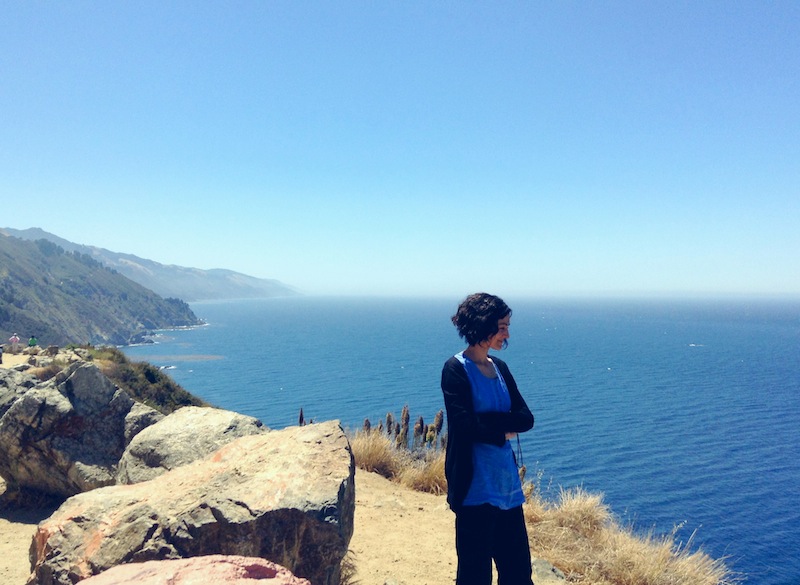 To the dismay of many drivers, the Big Sur is frequently blanketed by heavy fog, usually in the summer. We were very fortunate to embrace it in sunny glory, traversing Bixby Creek Bridge on a cloudless day, passing by grazing cows, shadows of California Condors, the ridiculously grandiose Hearst Castle and the lonely Point Sur lighthouse, sitting atop a remote, windswept hill. 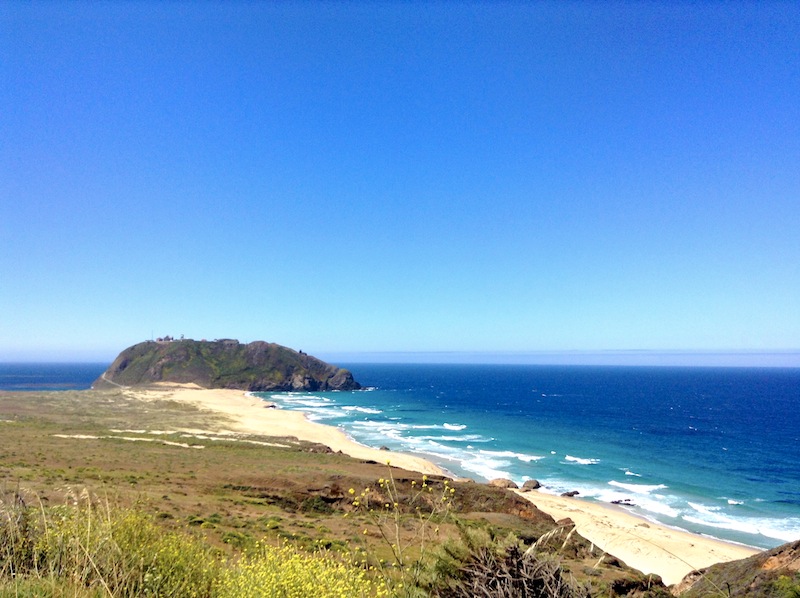 Point Sur Lighthouse in the distance

Already outside the Big Sur, we stopped at San Luis Obispo for the night. We were surprised by its relaxed atmosphere and easygoing people. Being also a student city, it displays an extensive network of breweries, eateries and other places conducive to merry conviviality.

Its non-historical landmarks are a tad bizarre though: Madonna Inn is a flamboyantly eccentric inn, featuring for instance a rock waterfall urinal, whereas Bubblegum Alley is, well, an alley full of multicolored bubble gum stuck to its walls, whose original red bricks have not seen the light of day since the 1960’s. Welcome to California, I guess… 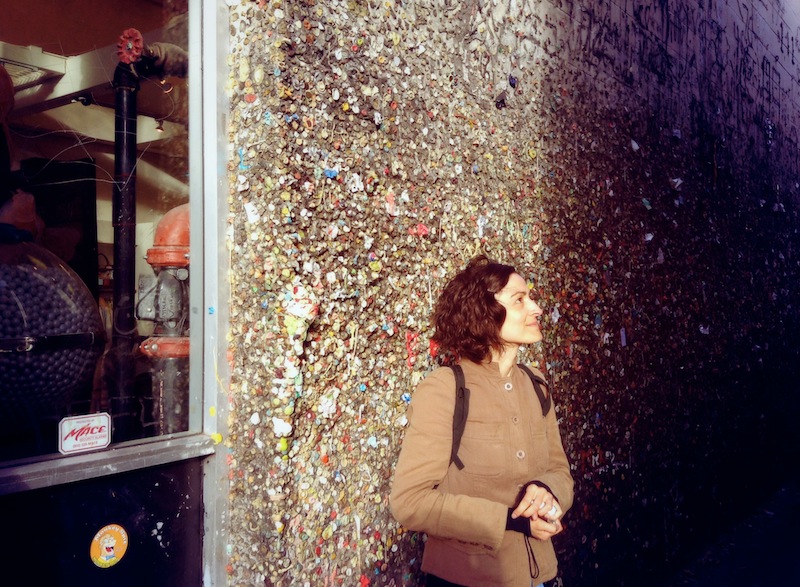 Waking up to yet another stupendously gorgeous day, we continued on Highway 1, passing Santa Barbara on our way to Malibu, home to a multitude of celebrities of varying distinction and long strips of warm, pristine beaches, featured in myriad films, TV series and commercials. 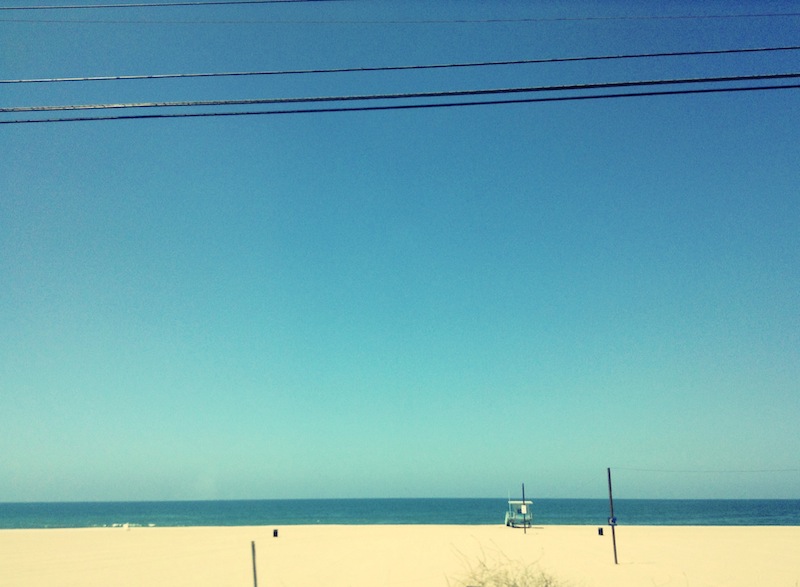 One of its beaches, Point Dume, was the filming location for the last, plot-twisting scene of Planet of Apes. It also showed up briefly as the setting for Jackie Treehorn’s beach party in The Big Lebowski. We ambled along Malibu Beach, gazing at the surfers and lifeguard towers, until we left for our final destination, the city of Los Angeles. 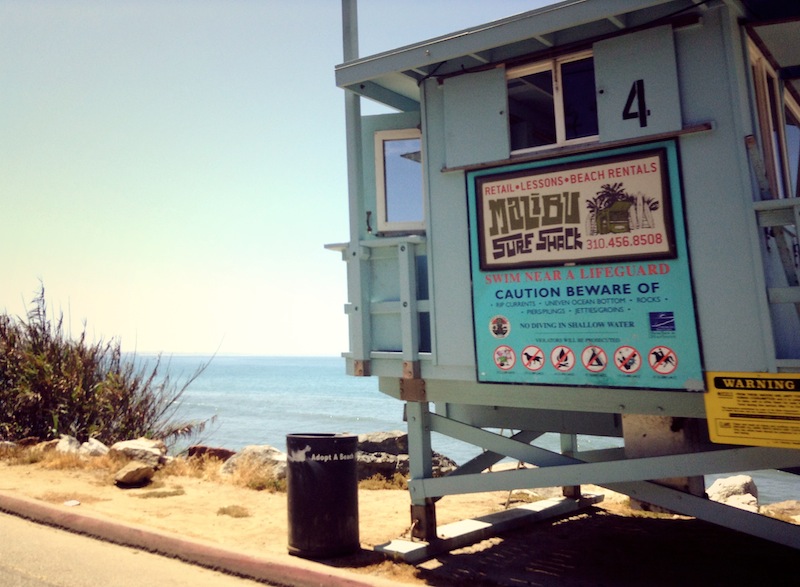 L.A. is massive. Not really unexpected, right? We didn’t have much time to spend there, nor were we inclined to extend our stay. Beyond a casual drive, returning the car in one piece and meeting up with a friend, the sprawling chaos held no other interests to us. The cities we visited during our little adventure were all fascinating places, but we much preferred visiting National Parks and driving through endless valleys and mountains. So maybe next time…

Having said that, we did manage to do a short tour of some illustrious spots, whenever not stuck in infernal traffic. After a brief yet delightful stop for lunch with a friend close to the La Brea Tar Pits, we drove to Hollywood Hills through Mulholland Drive’s sinuous paths, heading West to Laurel Canyon while occasionally pulling up to see panoramic views of the city from atop a strategic overlook. 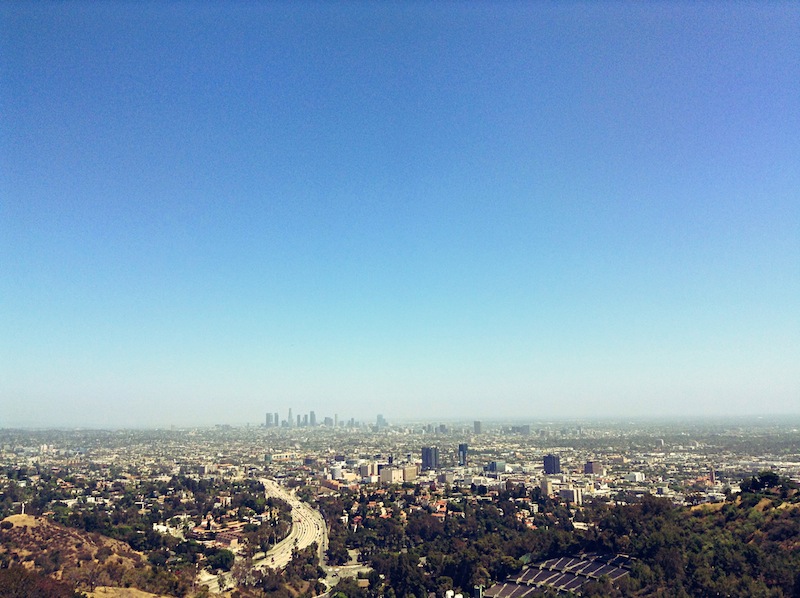 We couldn’t really leave without following Sunset Boulevard toward Beverly Hills, which we unashamedly did, remembering adolescent Saturday afternoons spent indoors in the company of 30-year-olds posing as wealthy high-schoolers.

It would be our last drive before finally returning the car keys, therefore concluding a manic, breathtaking voyage through some of the most fantastical landscapes of our extraordinary world, abounding in cinematic moments and treasured memories…