Where is Venice? Geographically speaking, Venice is located in northeastern Italy. It’s an island made up of smaller islands and shaped like a fish. It also sits closer to Slovenia and Austria than to Rome, the Italian capital. But most people know this, unless they are thinking of Venice, Florida, which lies in the Gulf of Mexico and is nothing like a fish.

The original Venice, the one permanently on the brink of sinking into the Venetian lagoon, is in Italy. Its physical location ascertained, it is relevant to mention Venice is more than just a place. Sure, it has buildings and bridges and shops, but there is something about it which betrays its finite borders. For lack of a better word, let’s call it magic. 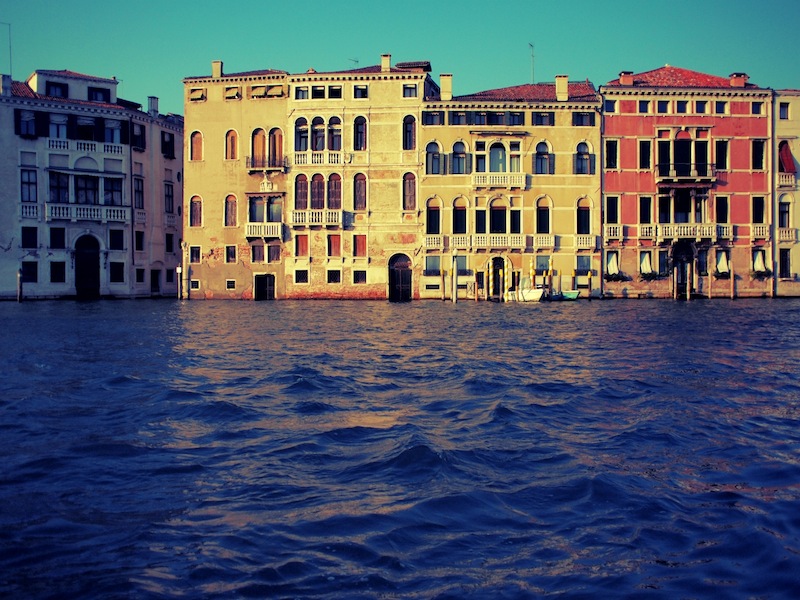 Venice can be many things for many people. It’s home for a few, chimera for some dispersed dreamers, tourist trap for the masses, an embracing maze for those willing to get lost in it. One aspect stands irrefutable: it is one of the most beautiful cities ever created.

The precariousness of its amphibious nature makes it even more striking, infusing its corridors with an impression of impermanence and decay all the more enticing for the city’s apparent lethargic reaction to the gargantuan swarm of tourists continuously mapping its piazzas and bridges. It seems lazy even when bustling with people, a condition shared by any place seemingly stuck in time.

Underneath the haze of photographic flashes and multilingual queues there lurks also a dangerous, whispering side. Shadows and reflections have always been companions of nightmares, and Venice lends itself to ambiguous chiaroscuro (as memorably seen in Don’t Look Now). It makes perfect sense that it’s renowned for its Carnival festivities, where the donning of masks further exacerbates the disorientation already present in its very foundations – for Venice is a siren of a city, singing almost imperceptibly, but entrapping only those who recognize its song. 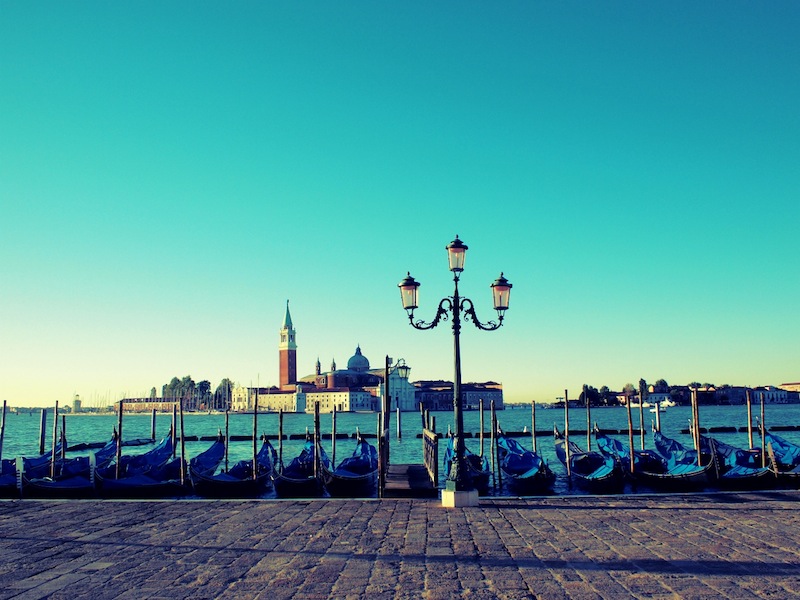 Throughout its messy history, Venice has been mostly prosperous. As wealth begets decadence, it comes as no surprise it now stands as a funnel through which many vapid sightseers enter and are promptly discharged. Day trips are quite common, and most crowds are still found at the notorious Piazza San Marco. Since Venice is a pit stop on many cruise liners’ routes, a shaky photo is quite often enough to satiate our need the check items off a list.

However, there are still many (oh so many!) who don’t mind to freeze in the Winter cold, waddle during the acqua alta or sunburn in the summer heat for a chance to climb St Mark’s Campanile or visit the Basilica. Although thoroughly worthwhile sights, they are continuously overrun by sightseers, together with classics like the Bridge of Sighs, the Rialto Bridge or the Doge’s Palace.

For those only embarking on a day trip, Venice may be remembered only as a chaotic labyrinth of towers, trinkets and tourists. Truth be told, there are too many sites to feasibly visit in a day, so if you’ve only got a few hours to spend, why not try and check the things people will ask you about? If you’ve been to Venice and are asked “Did you go to Piazza San Marco?” and answer “No”, then you really haven’t been, right? 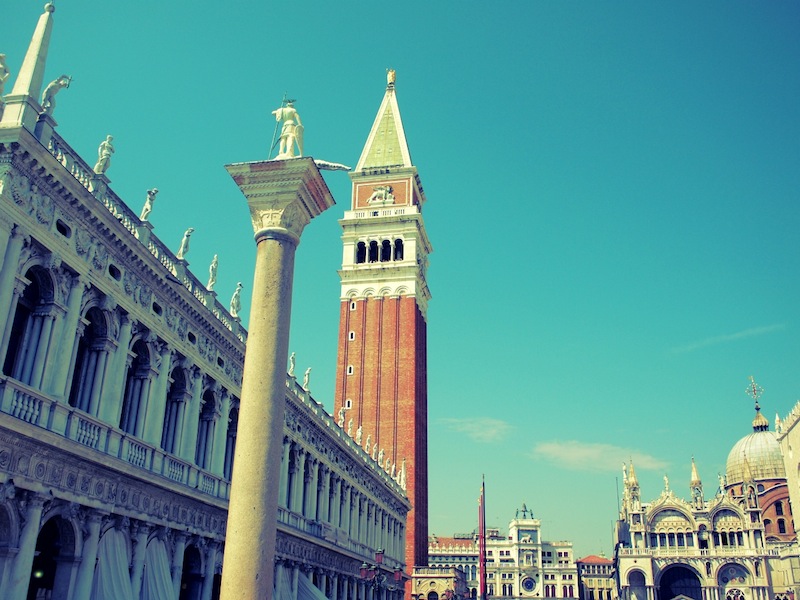 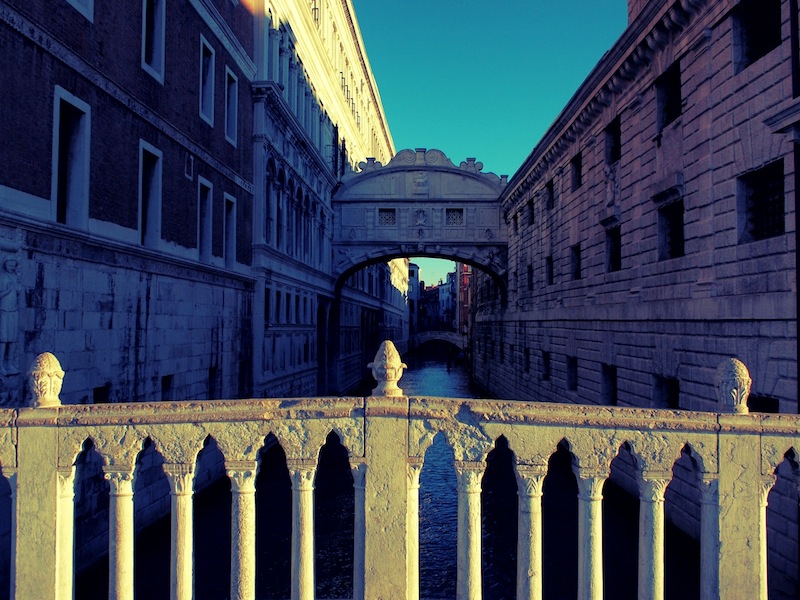 In the end, to each its own. Given the possibility of spending a few hours trying to find your way in Cannaregio or standing in a queue to the Basilica San Marco, it’s perhaps fair to assume most will do the latter, especially given that the first option will probably not get them back on the boat in time and they’ll be left stranded in a Renaissance microcosm of canals and frescoes.

Once departed, the day-trippers and site-checkers will be left with an incomplete vision of Venice. They’ll perhaps recall the hassle of the masses, the rudeness of the waiters, the pervasive rip offs, the smell of the canals, the elbowing to get the right shot at the Bridge of Sighs – all things endemic to Venice. But there is so much more…

Get lost. That’s the advice most commonly uttered by those who’ve succumbed to the numerous charms of the Floating City. It’s still the best advice to follow. Even if only staying for a weekend, check the famous sites early in the morning or late in the evening (it’s still baffling how the Piazza San Marco can change from almost deserted at 7 am to a maelstrom of feet by midday). The rest of the day can then be spent wandering around.

Start anywhere and it’s likely you’ll end up somewhere unexpected, often in the middle of a small piazza exchanging looks with an elderly lady and a stray cat who seem to not have had a visitor since the days of Bonaparte. That is one of the misconceptions about the City of Water – it’s not stuck in time, but is instead beyond time. The present can become the past at the turn of a corner, and again the present on the other side of a bridge. 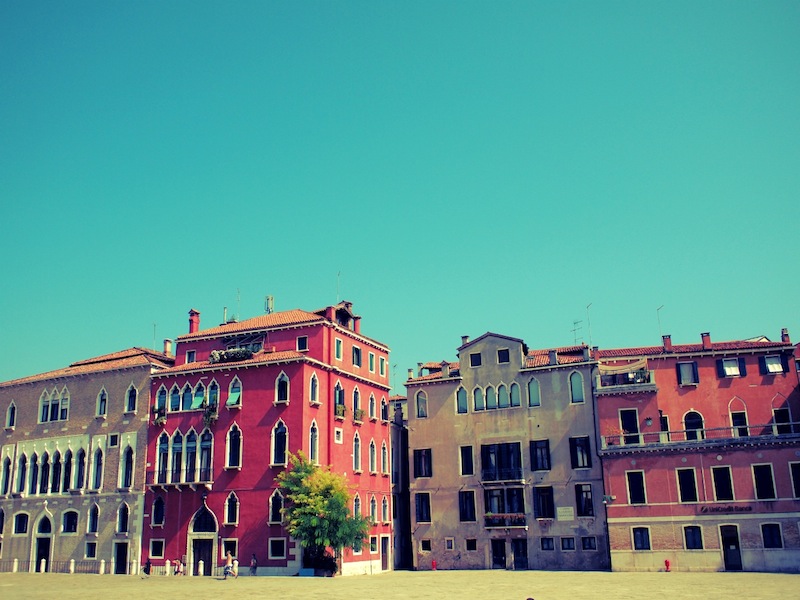 Even in the peak of August it’s possible to meander unfettered through hidden streets and alleys, and if able to do it for a few hours it’s easy to settle into the serene lull of the serpentine city, until you become a ghost, climbing another bridge into the Jewish Ghetto, appearing in front of the Scala Contarini del Bovolo, crossing Cannaregio, San Polo or Santa Croce, hopping to and fro between La Giudecca and Zattere, until it’s suddenly dark and you stumble upon a quiet restaurant where the prices are reasonable and the wine goes down smoothly, and you stay there for a while, finally leaving for your hotel and realizing you have no clue of where you are. If so, keep walking. You’re bound to find your way – as you have to wish to be lost, you must also wish to be found.

Around midnight, in one sultry Spring evening, I once drifted into a small piazza where a few Italian couples were dancing the tango. They were young and old, good and so-so dancers. But it felt like a dream. Astor Piazzola was playing, bodies were swaying, wind was softly rustling through new green leaves, children were out roaming, way past their bedtime, looking at parents and siblings sashay, and I was absolutely entranced. That was my first night in Venice. I have since returned, apprehensively, almost fearing the illusion would break. It did not, and I fell in love all over again. 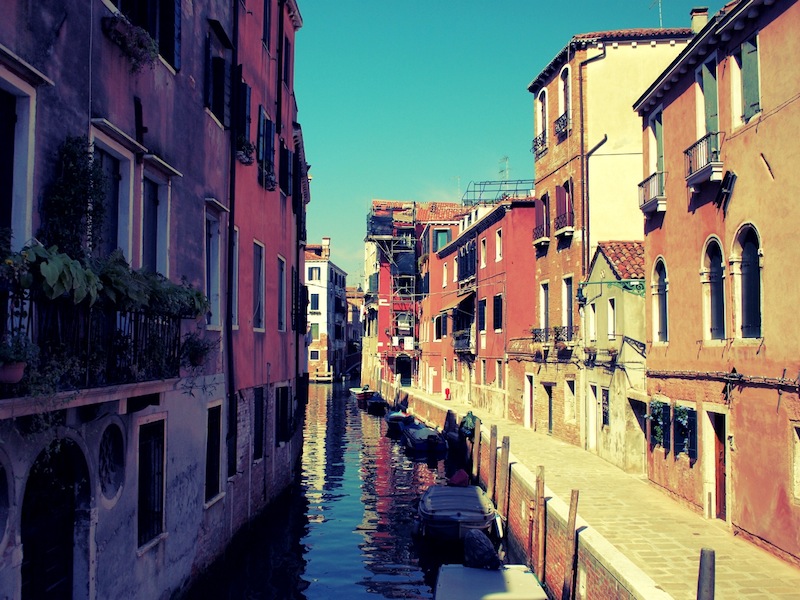 But the question remains: ultimately, where is Venice?

Inside one of the main tourists spots of Venice lies an artifact which perfectly embodies the magical duality of the City of Masks. If you manage to escape the crowds (again, go early or late), pay a visit to the Peggy Guggenheim Collection and stop in front of Magritte’s Empire of Light. Between water and earth, reality and fiction, dream and nightmare, light and darkness  – this is where Venice is.

Its sisters, or perhaps more appropriately distant cousins, are New York and Tokyo, in a sense that the blunt force of human presence has led to the unexpected creation of an organism with a life of its own, where the mundane is shared with the mysterious, and where myriad stories flowing through streets and walls keep a separate world humming both below the surface and above the ground. If you stop and listen, it is possible to experience the enchantment of a city hanging on a tale.

Venice in August from Lunaguava on Vimeo.