What to Do in Hong Kong

Hong Kong is a 7 million people (and counting) chaotic mix of East and West, sticking out from mainland China and embraced by the waters of Victoria Harbor. It’s incredibly fast-paced and dizzyingly diverse but, as in most of Asia, there are hushed areas if one cares to look for them or isn’t too distracted trying not to bump into another hurried human being. There are many things to do in Hong Kong, and as usual the best advice is to walk and wander, but below are a few pointers if only staying for a short while and in need of somewhat specific directions…

What to do in Hong Kong:

1. Ride the Star Ferry between Hong Kong Island and Kowloon. Do it at least twice – in daylight and nighttime. They are very different experiences and should be savored separately. 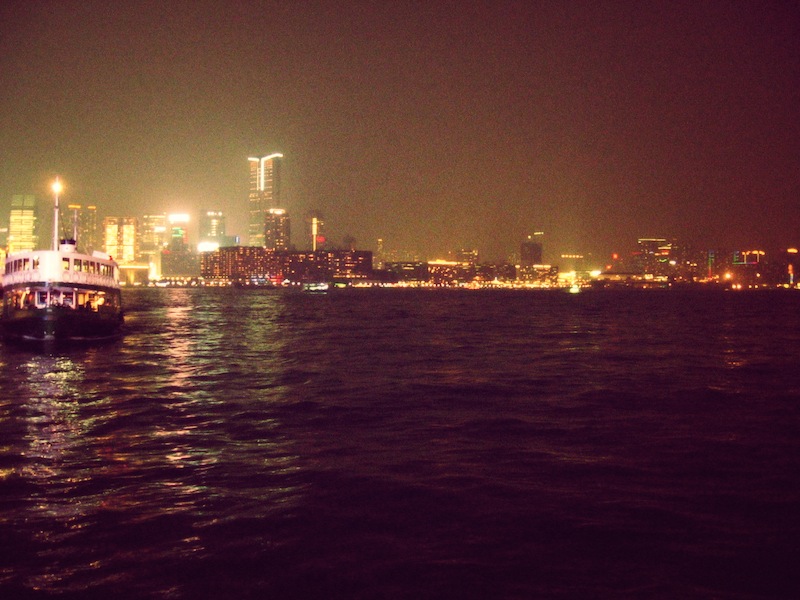 2. In Hong Kong Island, take the Central–Mid-levels escalators – all 800 meters of it. As you keep climbing and climbing, take little detours to shops and bars and hop back on again.

3. If desiring a panoramic view of the Asian world city, go to Victoria Peak, also in Hong Kong Island. The view is stunning, but so are the swarms of tourists. While surrounded by fellow travelers and looking down into Central and Kowloon, you can wonder how it is physically possible to cram so many people into such a compact place.

4. In Kowloon, walk through the Tsim Cha Tsui waterfront along Victoria harbor. Check out the Former Kowloon-Canton Railway Clock Tower. 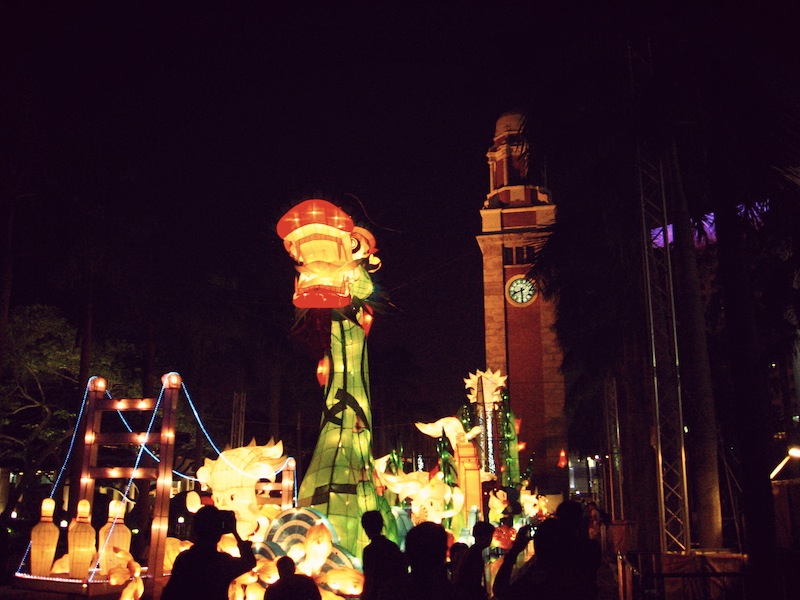 5. Every night at 8pm you’ll be treated to skyscrapers lighting up in syncopated rhythms on both sides of the harbor, in what is called the Symphony of Lights. The view from Kowloon is recommended, but it’s a matter of personal taste. 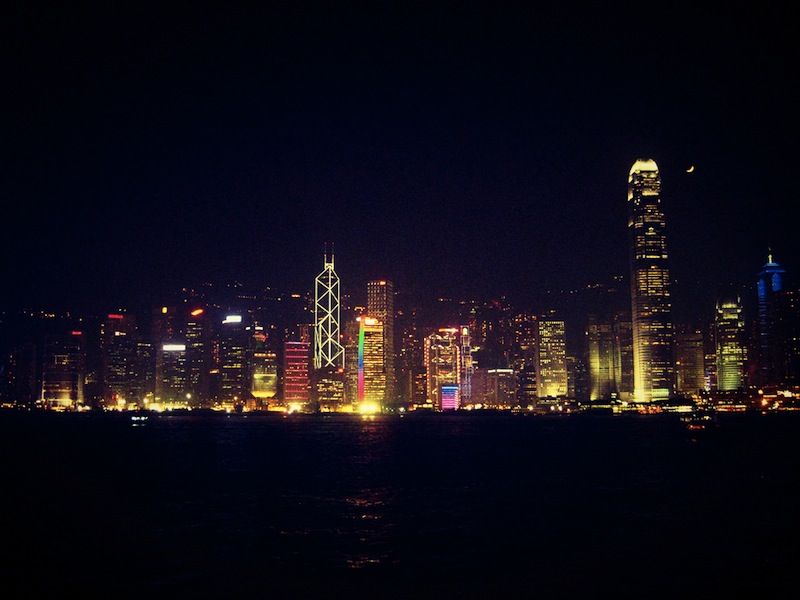 6. Still in Kowloon, gawk at the madness of Chungking Mansions. If you haven’t done so, watch Wong Kar-wai’s Chungking Express, a movie which brilliantly captures the nighttime mystery and myriad stories of Hong Kong.

7. Pay a visit to the Tian Tan Buddha in Lantau Island.

8. If one gigantic seated Buddha is not nearly enough, take a stroll through the supremely kitschy 10,000 Buddhas Monastery in the New Territories.

9. Burn some incense sticks at the Wong Tai Sin Temple (Kowloon). If still in the mood for incense, see the coiled burners of Man Mo Temple on Hollywood Road (Hong Kong Island). 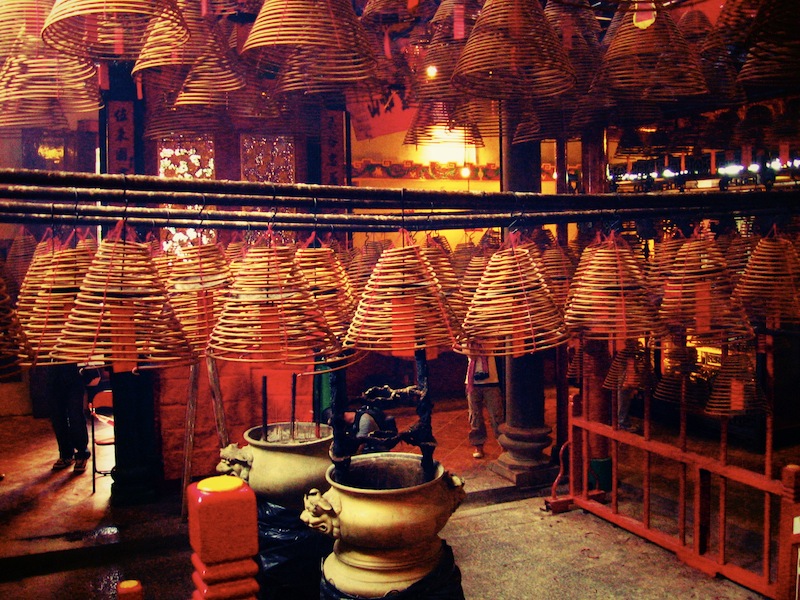 10. In Kowloon, put your hands to good use and gorge on some spicy crab in one of the many street restaurants around Mong Kok. Fully replenished, you may now have the strength to confront the swirling crowds and head out to the Night Market on Temple Street. 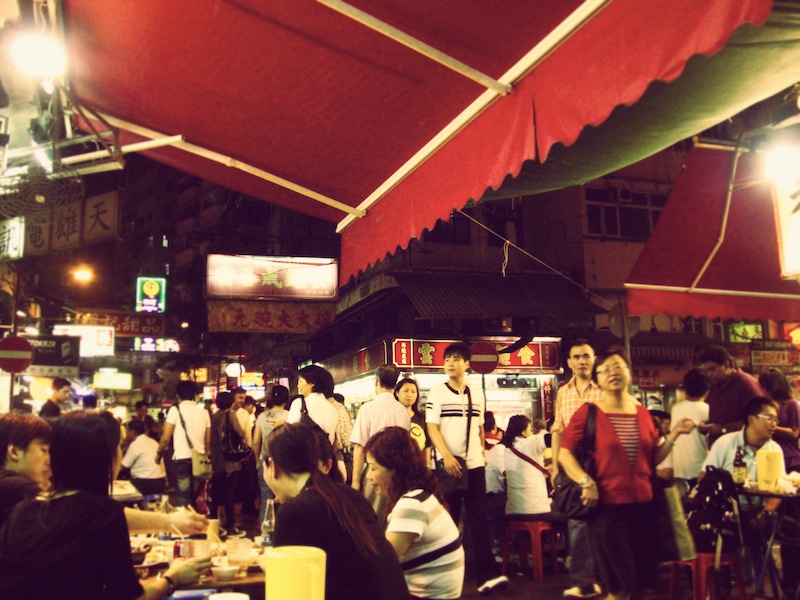 11. Have a drink (or several) with expats and locals in Lan Kwai Fong (Central), Wanchai and Knutsford Terrace (Kowloon). It probably won’t be cheap, but the atmosphere can be worthwhile.

12. Try one of the Tsui Wah Restaurant branches scattered throughout the city. They’re famous Hong Kong restaurants with food that is both inexpensive and extravagantly colorful. The local celebrities seem to enjoy the one on Wellington Street, in the vicinity of Lan Kwai Fong. 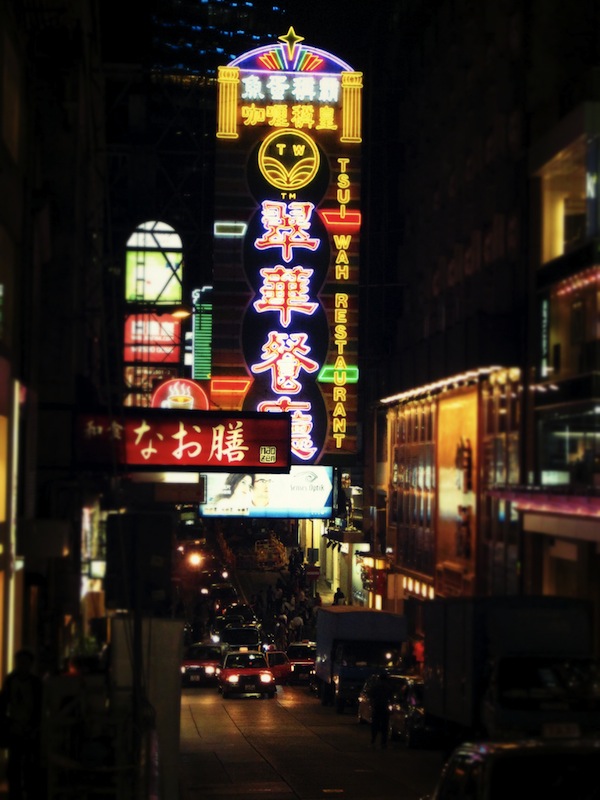 13. Take a hydrofoil from Hong Kong to Macau. The trip lasts 1 (usually comfortable) hour, after which you may gorge on Portuguese pastry and lose all your money at the many casinos scattered throughout Macau.

14. If deciding to explore mainland China, there’s an Intercity Passenger Train to Guangzhou (population 12 million and counting), which takes about 2 hours and gives you first-hand experience of China’s bewildering economic growth. Another 11 hours on the train (or 1 hour on a plane) will take you to Guilin and the majestic karst peaks of Yangshuo County.

15. Disregard items 1 through 14 and just wander around at your own speed, not looking for anything in particular but keeping your eyes open to the city and its many charms, losing yourself into the blur of its fleeting heart and soul. 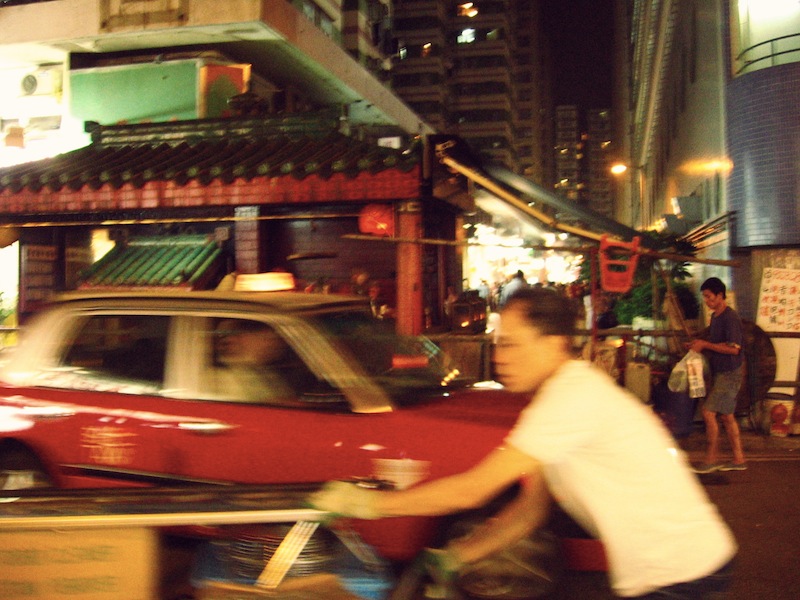