We arrived in San Francisco on a sunny Spring day. As we made our way across Bay Bridge, the contour of the city began taking shape. A collection of tall, modern buildings sprang up in close proximity, only to be quickly replaced by piers and white clock towers as we left the bridge and drove North on the Embarcadero road. 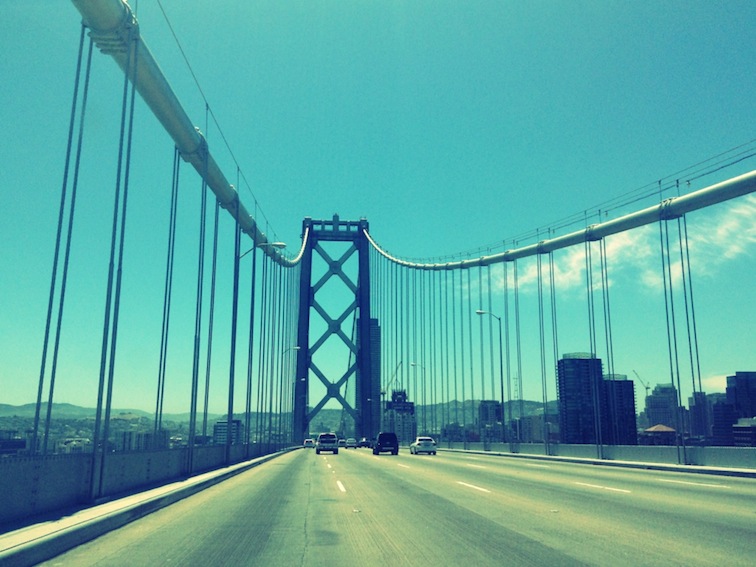 After some daredevil maneuvering, we eventually arrived at our motel, located on Lombard street and a short distance from Fisherman’s Wharf, which we visited as soon as our car was safely parked and our backpacks thrown into some corner of our room. 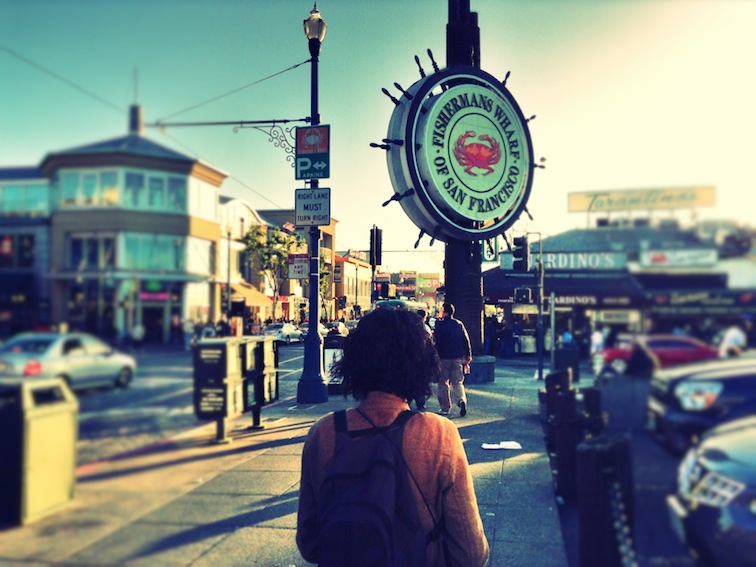 A light breeze was beginning to blow by the time we reached the notorious wharf. Nonetheless, the sun was shining and the bay looked radiant, specks of foam lifting towards Alcatraz, standing ominous while surrounded by bright colored ferries making the rocky crossing from Pier 33. 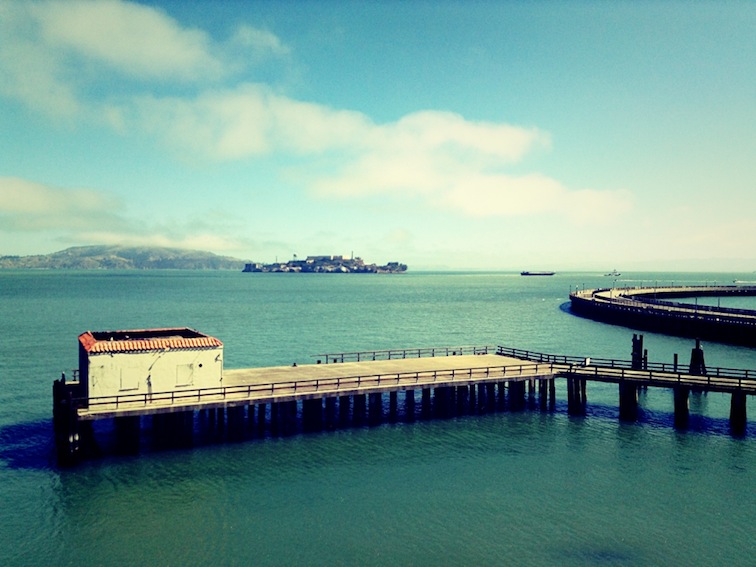 Alcatraz, a rock in the distance

The most crowded place in Fisherman’s Wharf is Pier 39, site of innumerable shops and restaurants, mostly ocean-themed in some way or other. Walking to the end of the pier, we were greeted by a large group of California Sea Lions, generally idling about but occasionally bursting into loud territorial squabbles. Although packed with tourists, it remains an obligatory stop, and we have only tender memories of it, since it was there we were first introduced to the delectable pleasures of clam chowder in sourdough, a mainstay culinary treat of San Francisco we came to greatly appreciate as the temperatures dipped and the winds grew stronger the following day. 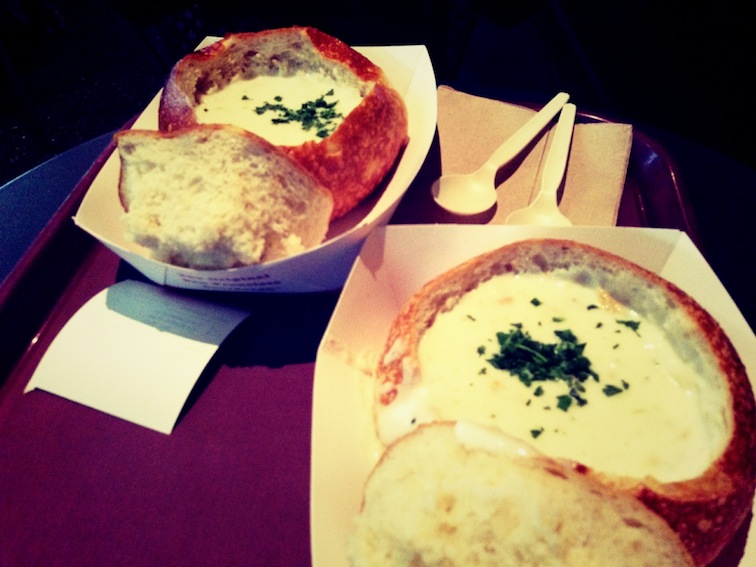 San Francisco is gorgeous in sunshine. Unfortunately, our dedicated day for roaming the city turned out a bit unexpected. After such a lustrous introduction the previous afternoon, the skies were now clouded and the cold wind began to be felt in everyone’s bones. Most tourists, equipped only with summer wear, were visibly distressed by the sudden change to less-than-optimal circumstances. We braved on and spent the day seeing some notable sights.

First, and since it was very close to our motel, we descended the switchback section of Lombard Street, where the road zigzags in tight hairpin turns – by foot, mind you. The tradition is to do it by car, but seeing the huge queue of tourist vehicles moving at a snail’s pace along Russian Hill kept us from going for the car keys. 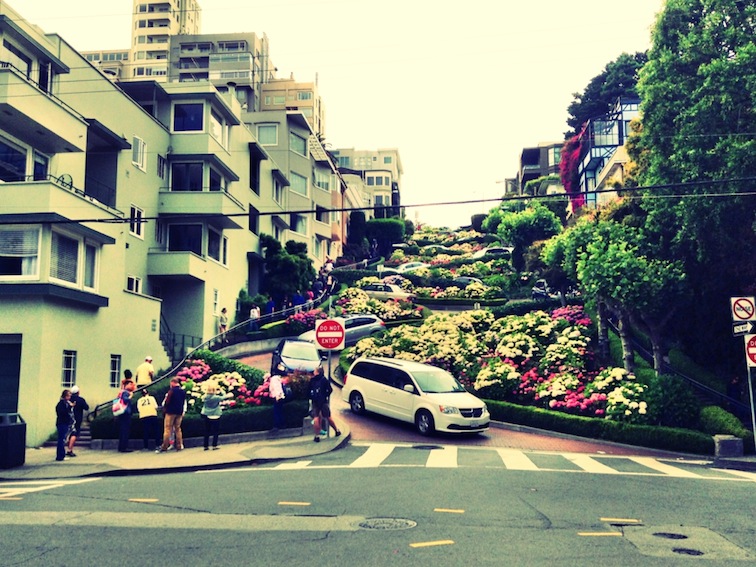 Our first idea of San Francisco was of a big city cluttered with heavy traffic. Basically, we did not think it would be an accommodating place for walking tourists like us, particularly after we noticed the long and steep hills the city is renowned for. They definitely look daunting, but are surprisingly manageable if willing to work on your gluteal muscles.

From Lombard Street we headed south, to the oldest Chinatown in North America and its many colorful characters and rich smells of a faraway world. Grizzled men played board games in the city gardens, while the women chatted away the cloudy hours. The lively atmosphere reminded us of Yangshuo, although the setting was now deeply urban, the karst peaks of China replaced by soaring skyscrapers and the white shadow of the Transamerica Pyramid. 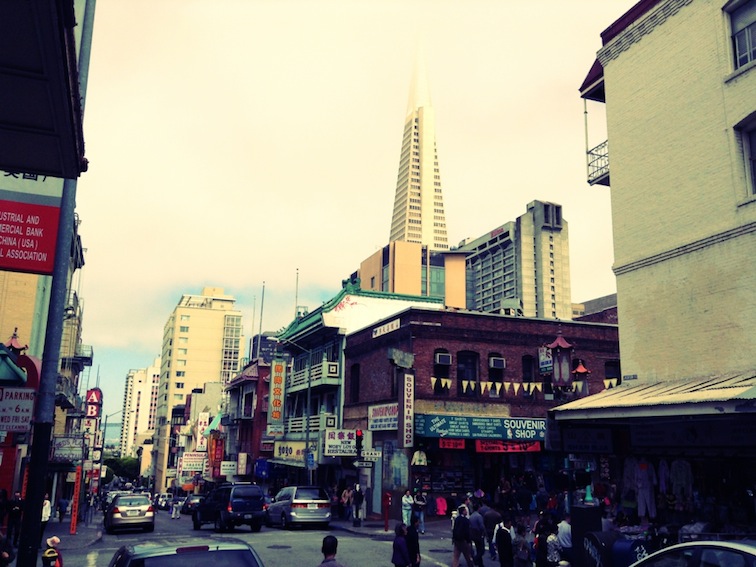 On Market Street, we caught an F Market heritage streetcar, which runs between Fisherman’s Wharf and the Castro neighborhood. These streetcars are an essential part of San Francisco’s daily life, providing vintage transportation to tourists and locals alike.

At the Castro, under a plethora of rainbow flags evidencing the neighborhood’s association with gay culture and activism, we chanced upon an unclad gentleman, strolling about in the buff as we huddled together for warmth under increasingly cold temperatures. 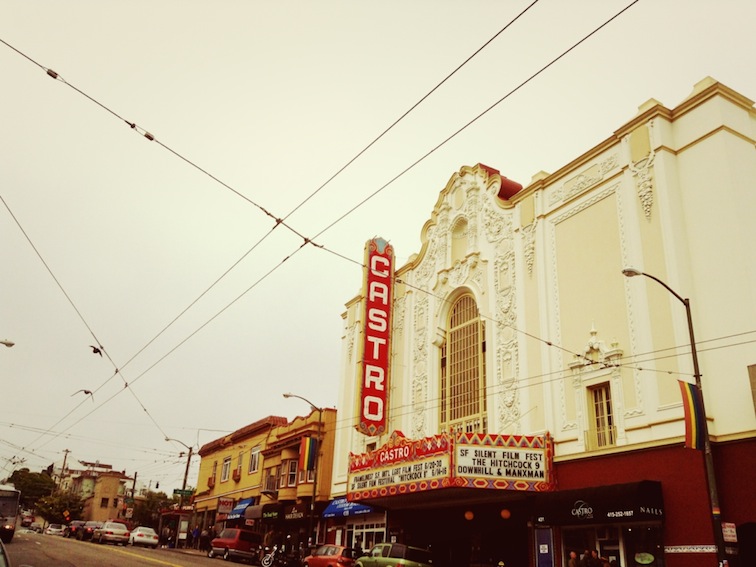 A short climb away was Haight-Ashbury, epicenter of the Summer of Love of 1967 and at the time home to Janis Joplin, the Grateful Dead and other music acts linked to the psychedelic rock movement. Although it still retains a bit of the bohemian style of past decades, it is nowadays a mostly quiet neighborhood, its Victorian houses echoing the famous Painted Ladies of Alamo Square and evoking similar structures in Montreal.

Returning to Fisherman’s Wharf on the F Market streetcar, we hurried for another dose of clam chowder with sourdough, going past trembling tourists and flying debris. As everyone was apparently discovering for the first time, San Francisco’s microclimates can lead to volatile seasons.

Case in point: the following day, we woke up to blue skies and happier dispositions. Deciding to make the best of it, we clambered Fort Mason to get a view of the Golden Gate Bridge, still lined by a persistent foggy mantle but visible nonetheless. We then proceeded to check out the Farmer’s Market, between Pier 1 and 2, where we sampled succulent berries, cherries and oranges. 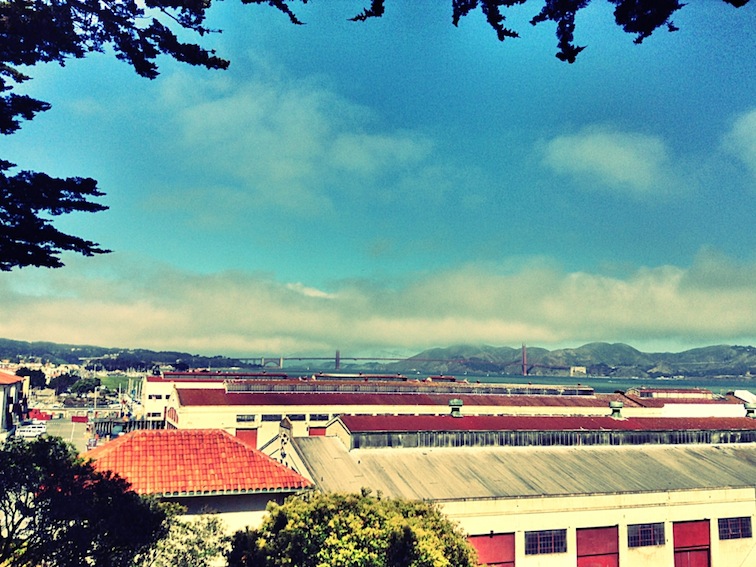 A semi-hidden Golden Gate Bridge as viewed from Fort Mason

Uphill lies Fort Mason Green, a local favorite for picnics and doing nothing under the sun. We continued West to Chestnut Street, towards the Marina District and its countless boutique shops, trendy bars and generally relaxing atmosphere – one of the many great places we discovered while walking the streets of San Francisco, an unpredictable city teeming with local flavor and fascinating history. 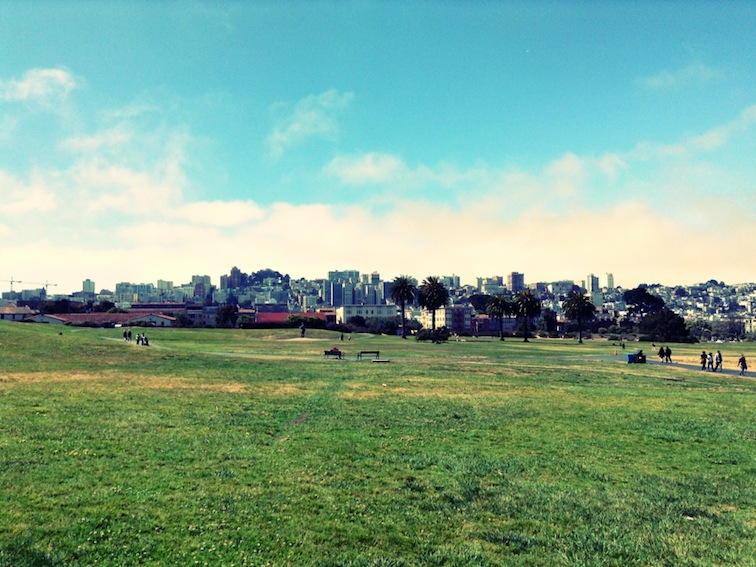