The city is more than a place. It can be considered the pinnacle of human ingenuity, or the playground of its downfall. Cities resonate with history and opportunity, while also cruelly disintegrating the hopes and dreams of many of its inhabitants. The urban sprawl is the ultimate canvas where we experiment with evolving notions of society, freedom and productive coexistence.

Being also hives of cultural, economic and political construction, cities have evolved into core hubs of civilization, their increasing relevance giving rise to a multitude of narratives. These stories have helped turn the city into an abstraction of human memory and desire, an ethereal kingdom where our common aspirations and singular personalities can create a reality of our own choosing. My city is not your city. 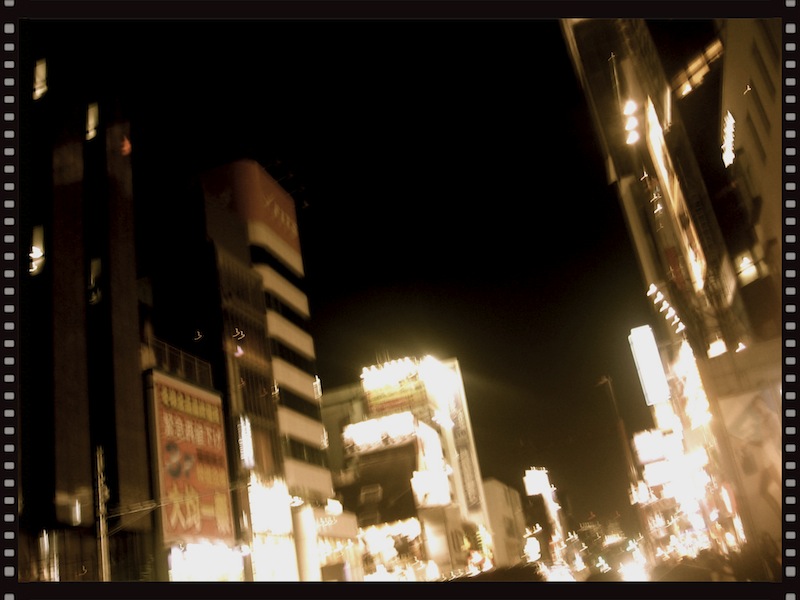 We have always been able to travel through other mediums than the ones immediately provided by our own senses. Although we might have never been to Tahiti, we can form an idea of it, and imbue it with particular characteristics, after stumbling upon a painting of Gauguin or a written description by Joseph Banks, or even watching Marlon Brando amongst a mutinous crew. That these examples pertain to our past does not undermine our present fabrication of an intimate place.

My New York has been formed mainly through the cinematic wave of the late 60′s and 70′s. That the city portrayed no longer existed (or was at least very different) by the time I was forming my first semi-rational thoughts did not sabotage my private construction of it. Upon my first visit, the dream city was more real than the “real” one, and so the gritty landscape of my youth had to be juxtaposed with the yuppie gentrification of Manhattan. All the midnight cowboys seemed to have disappeared into a latte machiatto whirlpool, but the memory remained, and so the lost celluloid city kept breathing emotional nourishment into the present.

Since its inception, cinema has been a significant generator of urban landscapes, so much so that some films have become emblematic of specific cities, not so much a background for the main narrative but a character in itself. Film directors have imbued some of their work with what could be considered the soul of a city, to a degree where that city becomes vibrant mainly through their personal lenses, upon whose images we as viewers then lay our own foundations of constructed realities. We inhabit the streets, the buildings, the crowds, the lights and heartbeats of the metropolis, giving it resonance and life.

I’ve selected 3 major cities I’ve always loved from a distance, many years before I actually set foot in them. Each city comes with 7 “moods” or traits, which are then tied with 7 movies. All the choices are obviously personal, but also minimal and subject to the whims of the day, meaning I would come up with different titles if writing this tomorrow.

So, without further delay, buckle up and enjoy the view as we travel to:

To the present viewer, its cobbled streets are no longer hiding the beach, but are merely providing a somewhat shaky platform where chance encounters can lead to “l’amour fou” and the distinct possibility of indulging in sensual experimentation (see a plethora of North-American productions set in Paris). However, this is only one of the many faces of Paris on film. Here’s a brief overview:

A homeless circus performer and a desperate painter meet at the Pont-Neuf bridge, sparking fireworks, reckless dancing and a love too bright to last the night.

A man on the brink of suicide walks the streets of Paris in search of a reason to live. Pure existentialism in the land of the existentialists.

A car races through Paris at dawn, doing 10 km in under 9 minutes. No special effects, one single take, hardly any brakes. Don’t try this at home.

Two young women become entangled in a metaphysical world where fantasy seeps into reality. Through the looking glass they go, sauntering and skating…

Iconic short film, following the misadventures of a kid and his red balloon. Glimpses of a Paris (and a childhood) no longer existing. 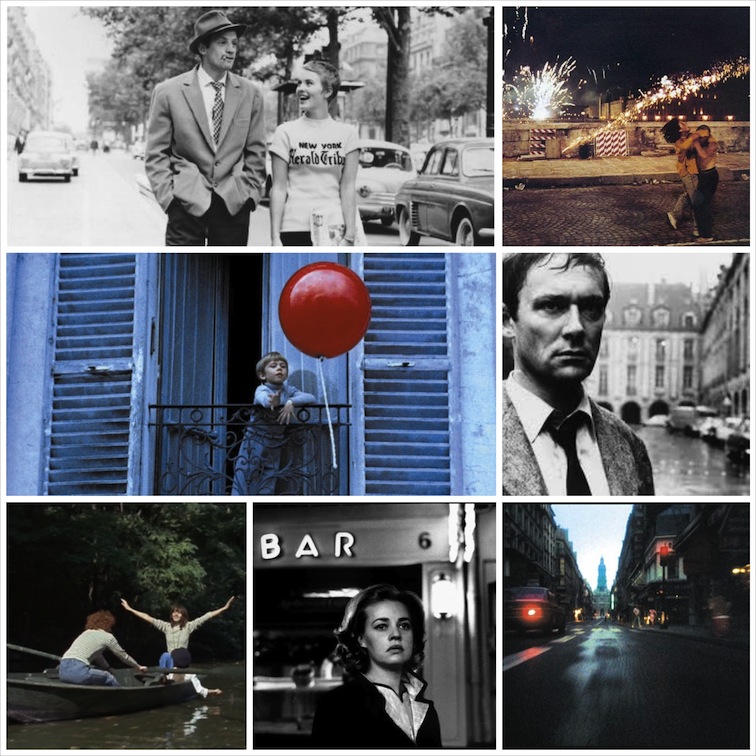 Leaving Paris, we cross the Atlantic to arrive in:

Much has been said about New York. Books have been written, songs have been created and films have been made to give voice to its shimmering lights and vast avenues, each corner a repository of memories and scars. Its stories are as renowned as the city itself, and their abundance has helped give New York a near-mythical status amidst viewers, readers and listeners across the world.

Its boroughs and neighborhoods are recognized by people who have never set foot in the city, as if they belong to a spell keeping us all mesmerized: the Bronx, Queens, Harlem, Brooklyn, Manhattan… They retain a mystique reminiscent of places found in fairy tales, lost in that paper-thin border between the dream and the real. New York is the city of possibilities, of struggle, of wealth, of drama, of myriad backgrounds and aspirations, forever beating and never sleeping, a medley of multitudes converging into one sprawling breath.

The stories found therein draw from all human experience, and what follows is a brief rundown displaying a few of the many forms the universal city has taken through the observant lens of a camera:

A man and his volatile partner walk into a bank to rob it and end up keeping everyone hostage for more than 8 hours. Based on true events.

A couple of detectives search for a murderer, but the real story is the city itself and the many lives it holds. Featuring a memorable chase atop Williamsburg bridge.

New York for night owls, ruthless men and unscrupulous dealings. Dialogue is sharp, fast and packing a hell of a punch.

A mentally unstable Vietnam veteran drives a taxi through the sleazy streets of 70’s New York, protecting juvenile prostitutes and generally unleashing havoc. Whatever you do, don’t talk to him.

Three zany scientists with a shared interest in the occult wisecrack their way into a New York brimming with green goblins, poltergeists and Rick Moranis.

If you don’t have an uncontrollable urge to buy a plane ticket to New York after watching the first 5 minutes of this, you should probably stay at home.

The hottest day of the year in Brooklyn – before the hipsters arrived. Sal tries to make pizza, Mookie tries to deliver it, Radio Raheem tries to play his boombox, everyone tries to do the right thing… 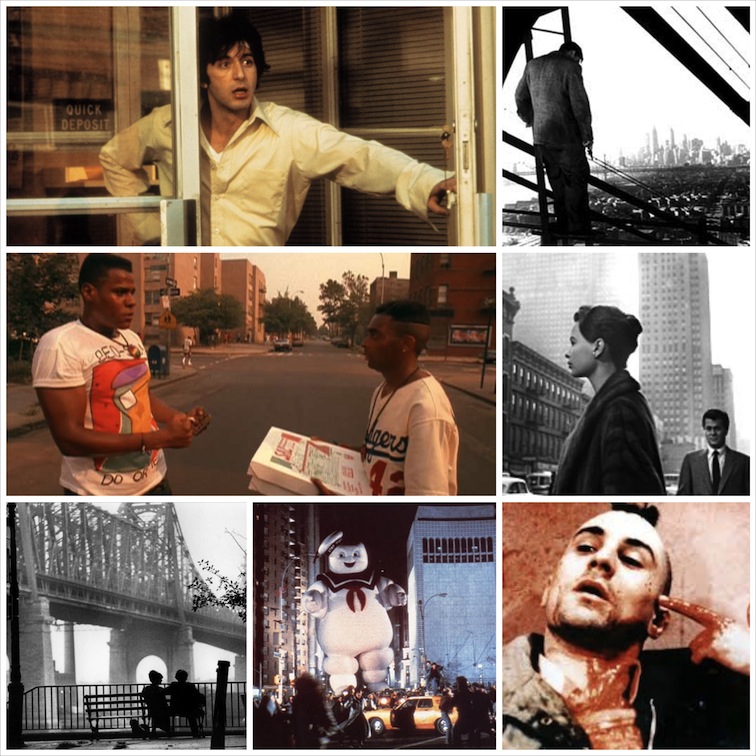 From the Big Apple, we continue West and descend upon:

A city worthy of its name has its fair amount of ghosts. Tokyo, being a city risen from the ashes of war, certainly fits that category. The Japanese economic “miracle” following WWII created a whole new metropolis, one whose galloping pace of change has nevertheless allowed the feel of old Tokyo to still be recognizable, if perhaps more hidden. Its presence can still be felt, lingering, building a bridge to the past in a city apparently reaching only to the future.

Outside the neon madness of Shibuya or Harajuku, whose frenetic images allow the foreigner a first glimpse of recognition, or of being in what they perceive as Tokyo, one can find the tranquility of the old temples, narrow street suburbs, and the view in the distance of mountains where musasabi still fly through tree branches.

The ghosts of Tokyo are still roaming its streets, a hollow presence whispering to the city and its people, perhaps only truly captured through the penetrating gaze of the camera, as can be demonstrated below:

An indebted young man must accompany his debt collector on a meandering journey through Tokyo. A different type of buddy movie.

A radioactive monster tramples through Tokyo and its inhabitants. National catharsis ensues.

Starring a transvestite, an old drunk, a runaway girl and a baby. The city as viewed through the eyes of its invisible citizens. Silly, raucous and truly poignant.

An elderly couple travels to the big city to visit children and grandchildren. Kids have better things to do, and send the old timers to a retreat. Gets more haunting as one gets older…

A man loses his job, and with it his role in life. Omitting the truth from his unsuspecting family, he tries to navigate a world and a city he doesn’t know anymore.

A careless mother leaves her children to fend for themselves in the suburbs of Tokyo. Beautiful and heartbreaking. (Tip: have tissues nearby) 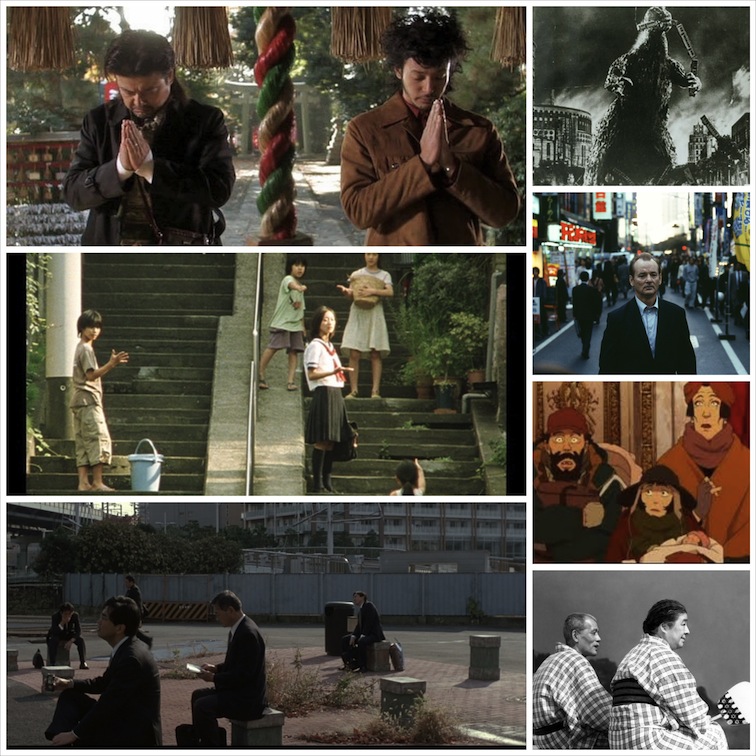 The focus on three cities from three separate continents has no other reason than to provide an introduction to the particular moods and characteristics found in far-reaching parts of the globe. These elements are obviously interchangeable, but some ring more true within a specific place. This is entirely subjective reasoning though, and these associations are mere personal constructions enabled by a lifetime of mostly cinematic and literary influences, and from actually being there, albeit as a mere visitor.

There are nevertheless films which capture the essence of a city so perfectly that the two become parts of the same memory, or (constructed) reality. Below are a few examples of other cities, other moods, which had the good fortune of being chosen as subject by talented filmmakers, whose profound connection with them overflows into our own grasp of what it is like to actually be there, while also providing an enticing incentive to go and visit.

One cop is obsessed with pineapples, the other talks to his furniture. Both drag their love sorrows through an effervescent city, trying to come to terms with time and fleeting memories. Everything in and about this film is gorgeous.

A fashion photographer seems to uncover a murder as he dwells into one of his negatives. An emblematic look at London in the Swinging Sixties.

A retired detective becomes obsessed with a woman he was paid to follow. He’s afraid of heights, she keeps going to high places – something’s gotta give.

Following the harrowing loss of their daughter, a couple travels to Venice, where they meet two mysterious spinsters. Will make you think twice about getting lost in Venice.

An ambitious journalist unsteadily navigates between the sweet and the mundane sides of life. The term “paparazzo” was born here.

Like countless others before, an aspiring young starlet arrives in Hollywood hoping to make her dreams come true, only to find herself swallowed whole by the many ghosts of Los Angeles. 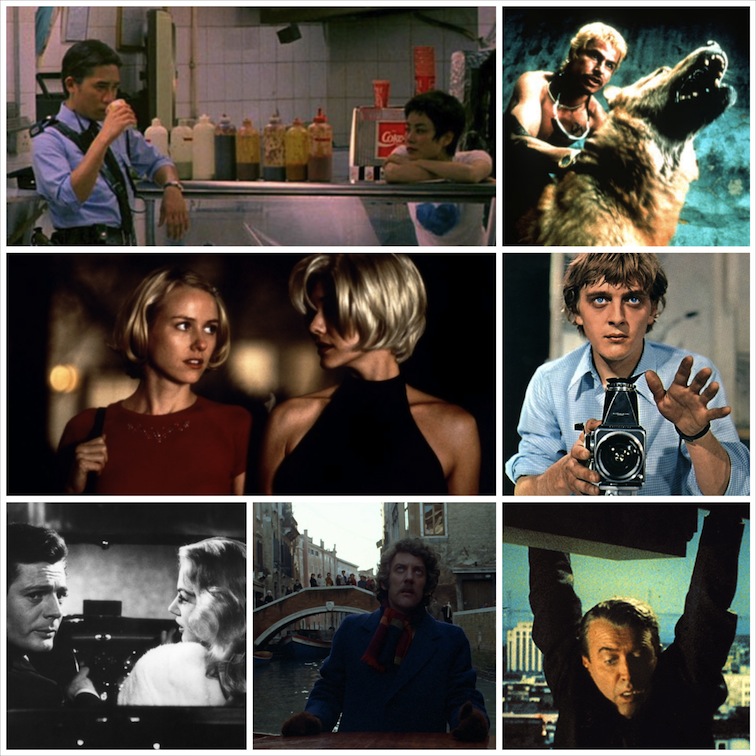 The world in celluloid, clockwise