During the past few weeks, as I’ve sat gazing at Lake Atitlán’s unworldly sunsets, feeling the breath of the Earth caressing my wayward soul, there has been one thought circling around my dazzled mind:

“Damn it, I really need to change Lunaguava’s design…” 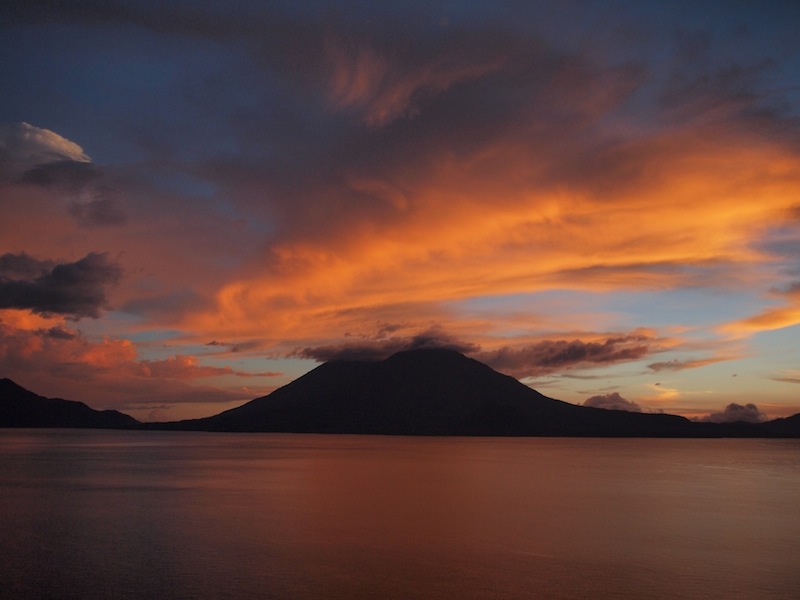 We published our first post back in March 2013, still unsure of what would become of our lives and our travel website. Fast-forward to December 2013: we’re now enjoying Guatemala’s colors and flavors, while I’m spending way too much time trying to understand Social Media.

What started out as a somewhat chaotic memory hub for past holidays in exotic lands soon became a fickle document chronicling ongoing travels through the Americas. Once a decision was made to take the blogging world a bit more seriously (mezcal is apparently conducive to megalomania), my poor excuse for a brain began to be assaulted by a nagging suspicion it was doing everything wrong.

Old rambling posts awash with underwhelming photos were forgotten in the dark recesses of the interwebs, luckily for the most part unread. A couple of these lost narratives were later resurrected and updated, since we felt they had potential and shouldn’t be relegated to the dustbin.

Nonetheless, the website itself felt old and stagnant. Given my descent into social media madness, our stories and tips were now being read by more than 3 people (we’re currently on 5 – staggering growth, I know), which in turn lead to an increasing sense of existential malaise and intellectual miasma.

No, wait, I was thinking of something else there…

What became apparent was a need for a dramatic change in how we presented ourselves to the outside world – and in what way it would contribute to our sharing of travel tales.

Hence, we are proud to present a completely new Lunaguava. The photos are still a bit shady, and the general narrative is constantly punctuated by deplorable examples of lazy writing, but the colors are brighter and the layout simpler, hopefully making the whole experience captivating (or at least bearable).

We hope the design is pleasing to old and new visitors, and are looking forward to know how long it will be until the bells of discontent start ringing again. I give it 6 months.

Please let us know your thoughts concerning this major event in world history in the comment section below. Gracias!