Macao or Macau – a Lotus Island?

Macao or Macau? What’s in a name, as Shakespeare once asked? In this particular case, what’s in the spelling of a name?

The story goes something like this: a group of fishermen found themselves in the middle of an immense storm with nothing to hold on to but their small boat and soon began to despair. An attractive woman (aren’t they always in folk tales?), who had embarked at the last minute, suddenly stood up and calmly ordered the winds to break and the sea to flatten. The boat then concluded its journey to Hoi Keang in peace. The beautiful soother of the seas promptly walked (or perhaps hovered?) ashore and left for Barra Hill, where she finally ascended to the heavens amidst impressive light effects and became the goddess Mazu.

Where she had set foot, a temple was built. This stands today as the Temple of A-Ma or Ma Kok Temple. When centuries later the Portuguese found themselves on its shores and asked for the name of the place, they were answered something resembling Ma Kok, which to Portuguese ears sounded like Ma Kaw, and which they then noted down as Macao. A few more centuries later, the official Portuguese spelling changed to Macau, which is currently the most commonly used spelling in the English-speaking world. These days, both Macau and Macao are acceptable when speaking English, but the Portuguese use only Macau.

Nonetheless, another, more poetic name for this Chinese Special Administrative Region (a condition shared with Hong Kong) is Lotus Island, a designation which today recalls more the shape of the Grand Lisboa casino than any serene lake with pink flowers floating. 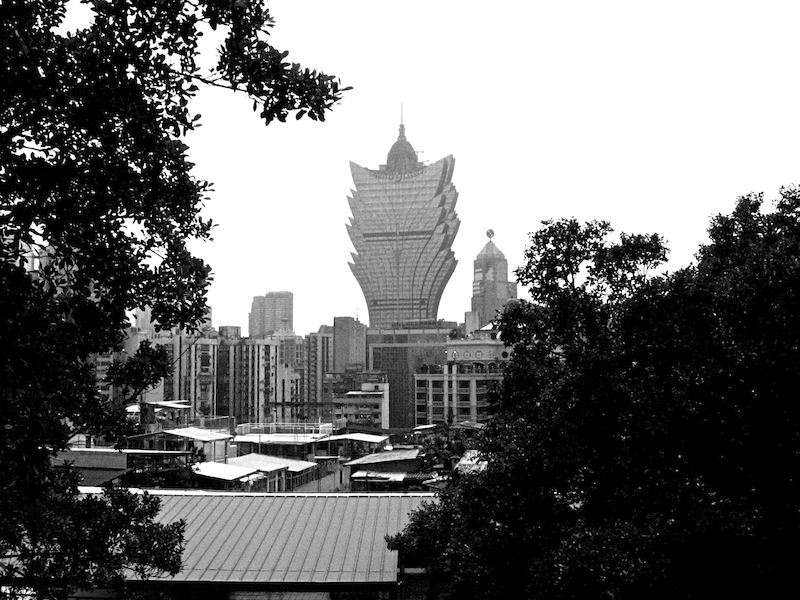 Macau and its many scattered casinos entice huge swaths of gambling tourists from mainland China and Hong Kong (the ferry from Hong Kong to Macau takes about 1 hour), who scatter across vast avenues and enter gigantic air-conditioned havens promising the chance of sudden riches or at least a few hours away from the sunshine. Nevertheless, there are other reasons to visit Macau other than a game of poker or blackjack.

We visited a few of Macau’s famous tourist spots, all deeply connected to the island’s rich history, which hovers mainly between Portuguese and Chinese influences.

The Portuguese settlement in Macau has remained remarkably visible, giving the island a “world-between-worlds” vibe which lends it a certain allure and even mystery. Moving away from the large avenues by the shore and into the historical center, it’s possible to be enchanted by the seamless co-habitation of Portuguese pavement and distant neon lights, a mixture mirrored by the signs and establishments displaying Portuguese and Chinese names. 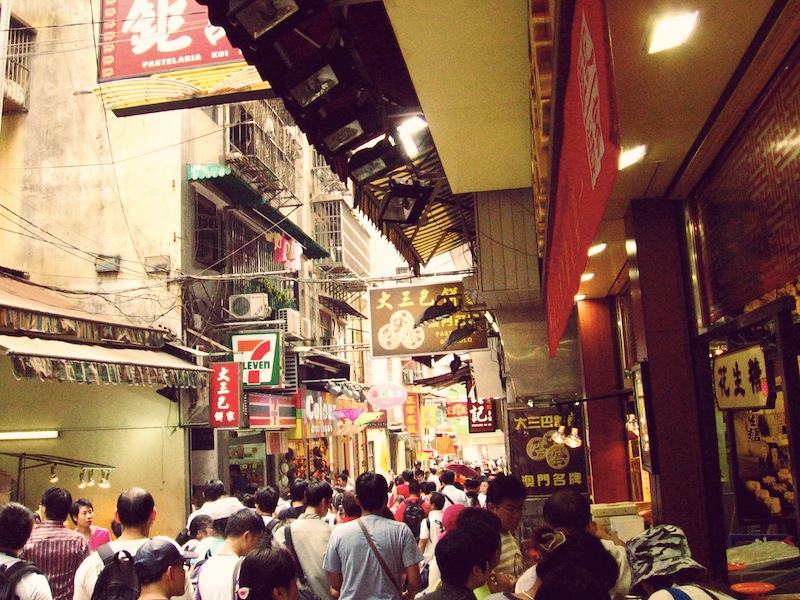 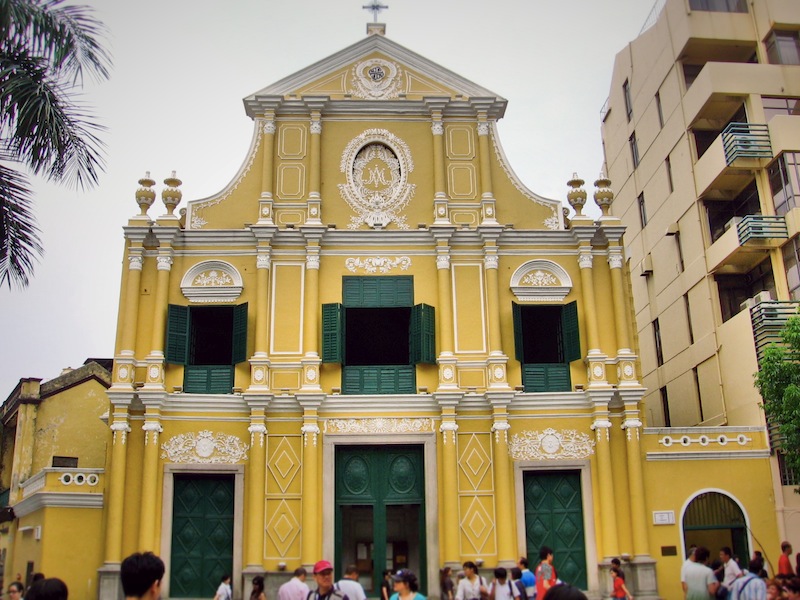 Close by is St. Dominic’s Church, whose faded yellow facade brings to mind a Mexican place of worship. Walking through the crowded streets around the Largo do Senado (aka Senado square), the senses become infatuated with the smells of Portuguese delicacies, including the renowned egg tart. 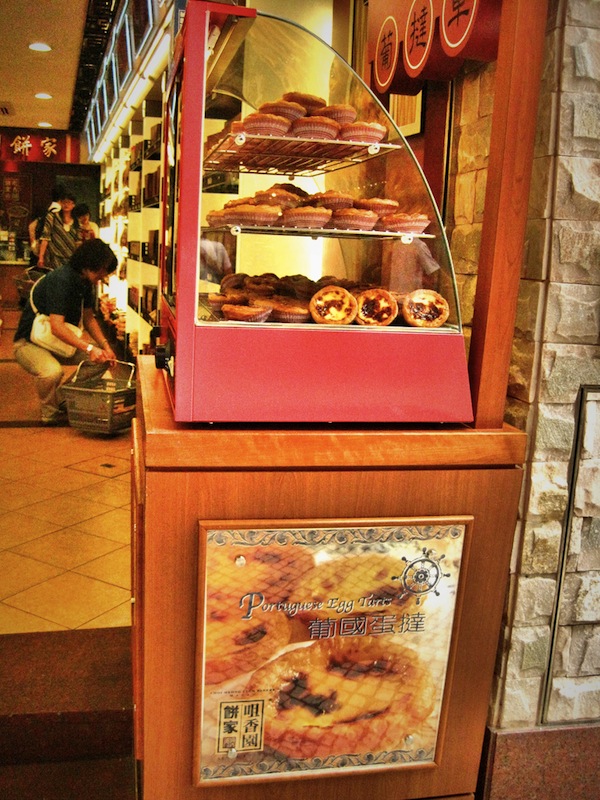 One of Macau’s main attractions and its most recognizable landmark is St. Paul’s Cathedral (or what’s left of it), standing hollow and tall on top of several scenic steps. Above Saint Paul’s, within the decaying remains of the Mount fortress (where a few baffling Portuguese inscriptions can still be read), stands the Macau Museum, providing historical context and great views of the peninsula. If the surrounding greenery so inspires, head out to either the already mentioned A-Ma Temple or wander through the Luis de Camões Garden and Grotto, named after the Portuguese one-eyed poet. 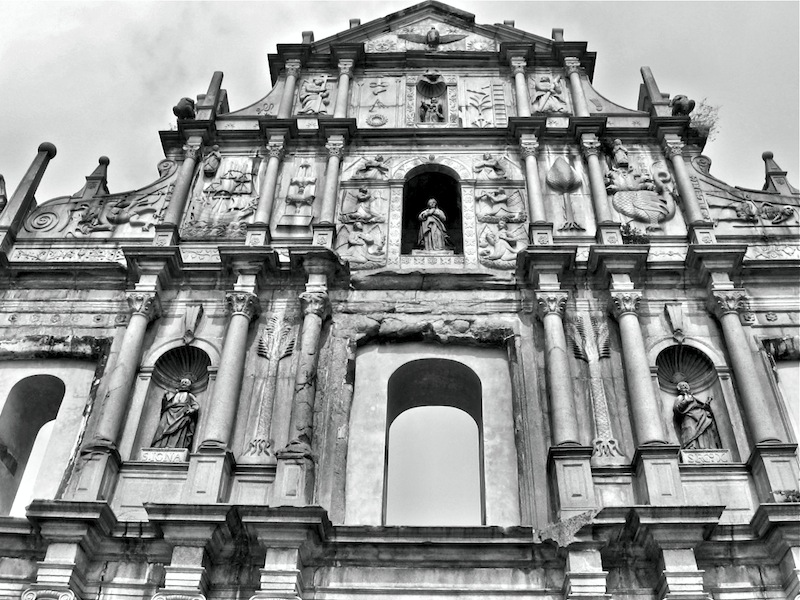 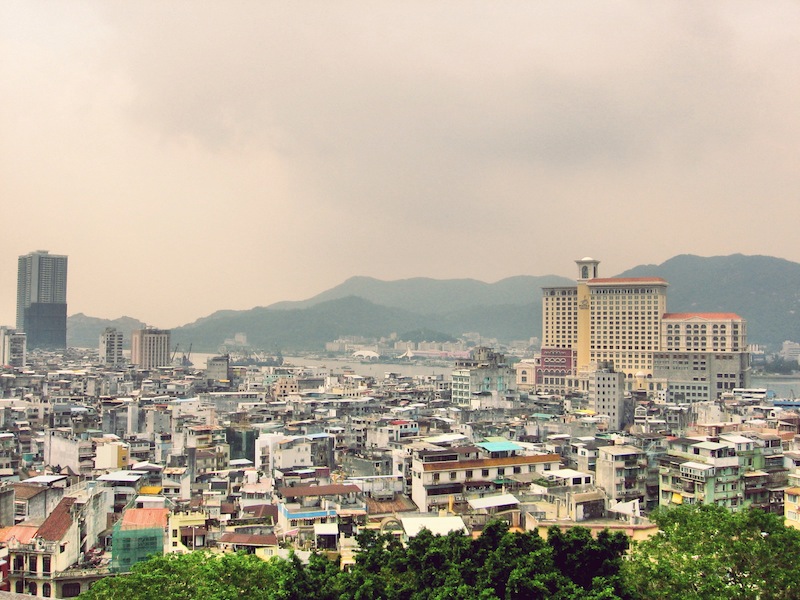 View of the peninsula from Macau Museum

Due to its small size and considerably large amount of relics from the colonial period, Macau is a UNESCO World Heritage Site dream, and one of the more pleasurable ways to see them is to get lost in the cobbled streets and bump into them, which you almost definitely will.

Back on the hydrofoil from Macau to Hong Kong, we concluded that, although perhaps no longer a Lotus Island, Macau is still a fascinating place to visit, and merits at least a few hours spent along its hilly sights – provided you manage to stay away from the allure of the casinos for a couple of hours…