The words were thrown casually, as if that speck of road on the way to Guatemala City belonged purely to the realm of the mundane. Traffic flowed upwards and downwards, surrounded by clouded mountain ranges and drizzled by scattered detritus recently washed away by an inclement rainy season.

It was just after that particular curve, where a dirt road led deep into the mountains, that our driver had been sequestered by armed men, losing his van in the process and enduring 8 hours of solitude in the wilderness – yet another ordinary victim of violence in Guatemala.

“Were you scared?” I asked. He smiled and shrugged his shoulders. “No, they just wanted the van. It happens a lot around here.”

As curious admirers of our extraordinary world, we are accustomed to meandering through countries with a violent history. From the mine-infested fields of Cambodia to the impoverished regions of Mexico, we have had to rely on precaution and Lady Luck in order to travel with minimum risk.

Nonetheless, we are also aware violence is endemic to every corner of our planet. The awareness we display when walking the streets of Dar Es Salaam is the same we employ when strolling by the canals in Amsterdam. The level of danger may increase in specific areas, but threatening situations can occur anywhere.

Whenever we find ourselves in the developing world, we prefer to keep away from big cities. Our comfort zone is more attuned to the natural world, and the polluted chaos of rampant urbanization leaves us physically and emotionally drained. We have become experts at flying into a capital city and leaving for the countryside in less than an hour.

But there are times when, either by choice or by necessity, we leave the restfulness of small towns and visit the booming pandemonium of a major city. On occasion, we even enjoy it: Hanoi was mad but surprisingly likable, Phnom Penh was insane but culturally rich, Mexico City was terrifyingly hectic but we learned to appreciate its vibrancy on a second visit.

Although Mexico is renowned for its drug cartels and political and social instability, we managed to visit 6 states on two separate occasions and had no problems whatsoever. Most of the time, security was not even an issue. Yes, we abstained from stumbling drunk through dark alleys in the middle of the night, but we feel that type of behavior can get anyone in trouble anywhere in the world.

As we made our way to Guatemala, we knew we would be entering a more problematic area of the Americas. The civil war which ended in 1996 is still a fresh memory, and the country is plagued by the usual drug-related issues and economic uncertainties people most commonly associate with this part of the American continent.

But we have been living a sheltered life by Lake Atitlán, having found a semblance of home in the town of Panajachel, where tales of violence have been mostly absent from our quotidian affairs. Our life is currently devoted to meeting up with friends, ambling by the lake’s shore, perusing the local market and basically enjoying a slow descent into a relaxed domesticity.

As we measured our days in cloud shapes and the lapping of waves made restless by the Xocomil winds, my ongoing medical ailments forced us to spend a night in Guatemala City, commonly known as Guatemala (which we find ridiculously confusing) and colloquially as Guate.

We faced the prospect of entering the capital city of a country where, according to official figures, 98% of all crimes remain void of prosecution, largely due to the usual culprits: corruption, illicit economic interests, criminal cartels, gang violence, poverty and a pervasive culture of intimidation. The annual murder rate stands at nearly 40%, with 5,472 homicides projected for the year of 2013.

Undaunted by the odds, we made our way to Guatemala City as sole passengers of a shuttle van on its way to pick up newly-arrived tourists. Our driver was an amiable middle-aged man, seemingly happy to pass the time answering every nagging question popping up in my mind.

Like many natives of Panajachel, he spent much of his working life embroiled in the local tourist industry, serving tables in restaurants or transporting visitors to whatever location desired. Following years of hard labour in Guatemala, he moved to the USA in search of steadier income for himself and his growing family.

Burdened with an inadequate birthplace and a socio-economic status which hampered legal access to a promised land, his migration was facilitated by a “coyote”, as the smugglers operating the Mexico-United States border are known throughout the land. These “coyotes” charge exorbitant amounts (our driver had paid 4000 dollars, which was more than he made in a year) to lead desperate people across inhospitable terrains, with no guarantee of a successful outcome.

Many are caught and deported, others die lonely deaths, some make it and are able to return home with enough savings to start afresh. Quite a few, deported and indebted, end their lives trying to repay loan sharks and smuggling cartels.

All the tales I heard were uttered with a calmness bordering on nonchalance. These were the cards Guatemalans were dealt – but they had full knowledge the game was rigged. Being stopped in the middle of the road – in broad daylight, on a major highway – and made to relinquish his mode of sustenance at gunpoint was just how things were, and there was no point getting angry about it. Although not a particularly pleasant day, it could have been much worse.

This apparent passivity in the face of injustice is one of the trademarks of a corrupt political system. It can be found everywhere in the world, but is more prevalent in societies where cronyism, unscrupulous investment and feeble educational structures are the law of the land.

The more I listened to stories of unmitigated violence and casual apathy, the more I remembered the colorful t-shirts lining the market stalls along Calle Santander in Panajachel, one single word stamped across the torso and perhaps unwittingly embodying a whole nation’s outlook on a precarious life: “Guatever”… 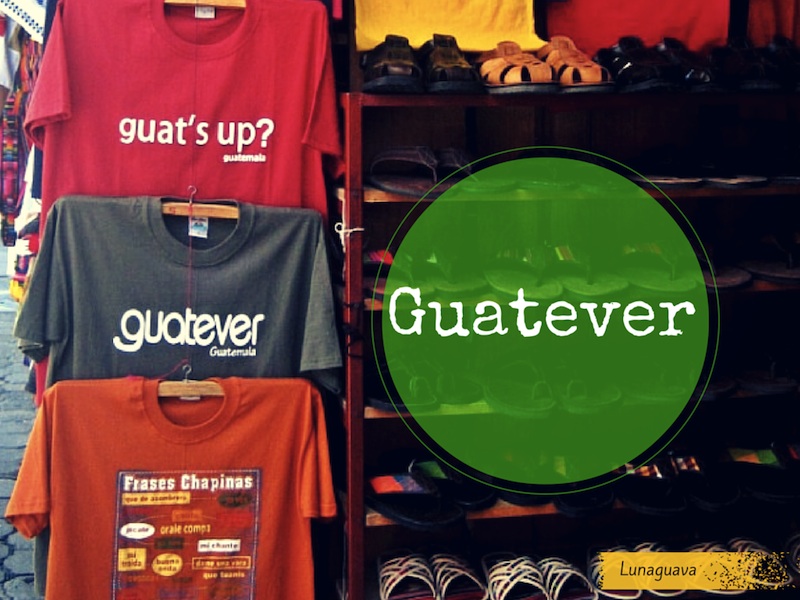