A Mediterranean Escape in the Island of Sardinia

Summer is usually a long time coming in Northern Europe. By the time June arrives, bodies will be already restless for sun and non-Arctic breezes. If June fails to bring warmth, secondary plans must be made. It was on one such occasion that we embarked on a weeklong trip to the Italian island of Sardinia. We had reasonable prerequisites: plenty of sun, a beautiful sea, good food and some sightseeing. Was that too much to ask? 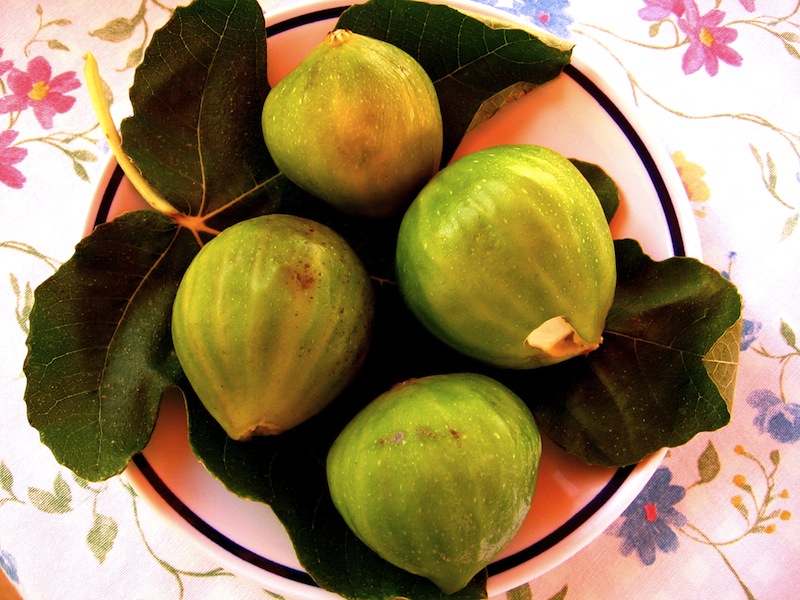 Sardinia and its beaches has been a favorite destination of Italian vacationers for many years. However, increasing waves of international sightseers such as ourselves arrive on its shores in search of a quintessential Mediterranean experience.

The Italian island is situated South of Corsica, West of Italy and North of Tunisia. It’s quite large by Mediterranean standards, and geographically diverse: it offers plains, hills, mountains, valleys and rivers. But most people just go for the gorgeous coastline. 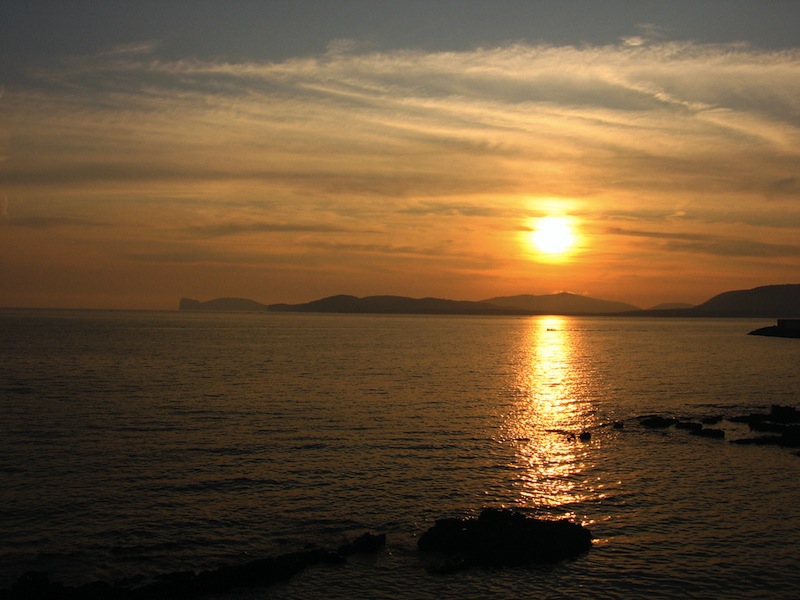 Since our main goal was to soak up as much sun as we could and generally unwind from the daily grind, we chose to stick to the Northwest of Sardinia. Our first night was spent around Fertilia, in a small agriturismo lodge. We arrived late in the evening, and after checking-in we were treated to a simple countryside meal: a plate of pasta, cheese, bread and a tomato salad on the side. I do not exaggerate when I say it was undoubtedly one of the best meals we ever had. Above all, it was a pean to fresh produce. Usually fed by supermarket vegetables, we had forgotten what a tomato tasted like. The answer is: delicious.

We sat at a long wooden table, and were accompanied by a group of Italians enjoying the warm Sardinian night. Wine seemed to be flowing freely, and the atmosphere was one of laughter and meeting old friends. It was an immersive experience, and by the last remnant of bread we had no recollection of ever being away from the Mediterranean.

The following morning, under the incredulous gaze of the Italian owners, we set out to Fertilia on foot. “You’re walking?”, they asked. The sun, although still yawning, made its presence felt. It was a one hour walk, which to us sounded acceptable. Half an hour later, our feet began to blister. We were also sweating copiously. Cars were passing by, lifting clouds of dust. It was not one of our best ideas…

Finally arriving in the sleepy town of Fertilia, we crossed its main road and went straight to the sea. There was no beach to speak of though, which was a tad disappointing. After a quick gathering of melted minds, we concluded we were being silly and should rent a car to better explore some of the best beaches in Sardinia. And presto: best idea of the entire holiday! 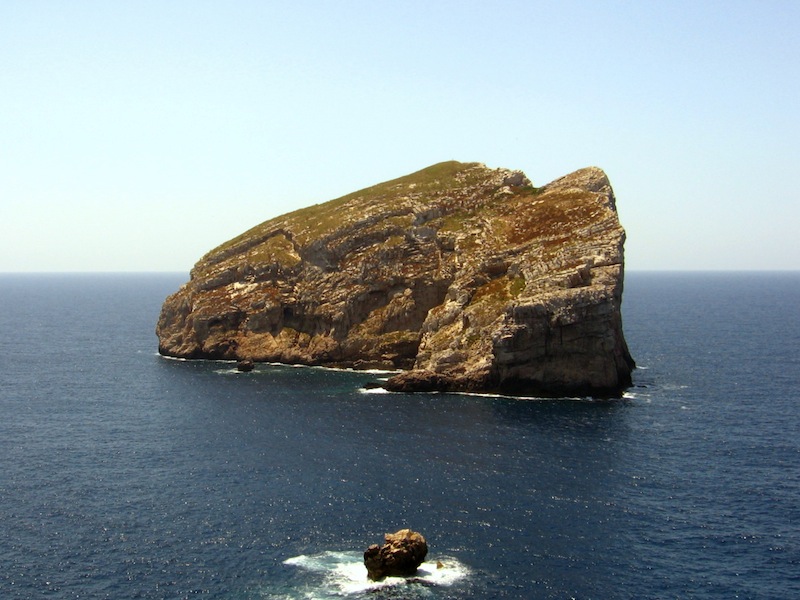 We found it moderately easy to rent a car in Sardinia. There are many car hires in the bigger towns, such as Alghero, but during the summer they get sold out quickly. Hence, we took a taxi and went back to the airport, where we found not only the best rates but also availability.

Once a car was secured, the island’s many treasures became much more accessible. The roads are in good condition and not busy outside of main cities. We set out to explore the Northern coast, starting with Porto Conte and the cliffs of Cappo Caccia. 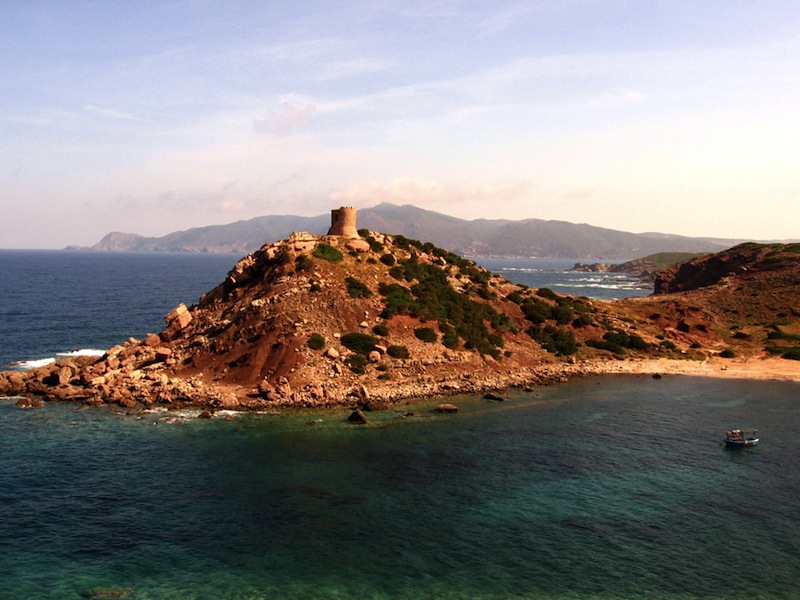 After making a few stops to take in the gorgeous views, amongst them Isola Foradada, we parked the car near Cappo Cacia’s lighthouse. Once there, we noticed an unassuming open door apparently leading nowhere. This was far from the truth, since beyond that door and down 656 vertiginous steps lies one of the top tourist attractions of Sardinia: Neptune’s Grotto. 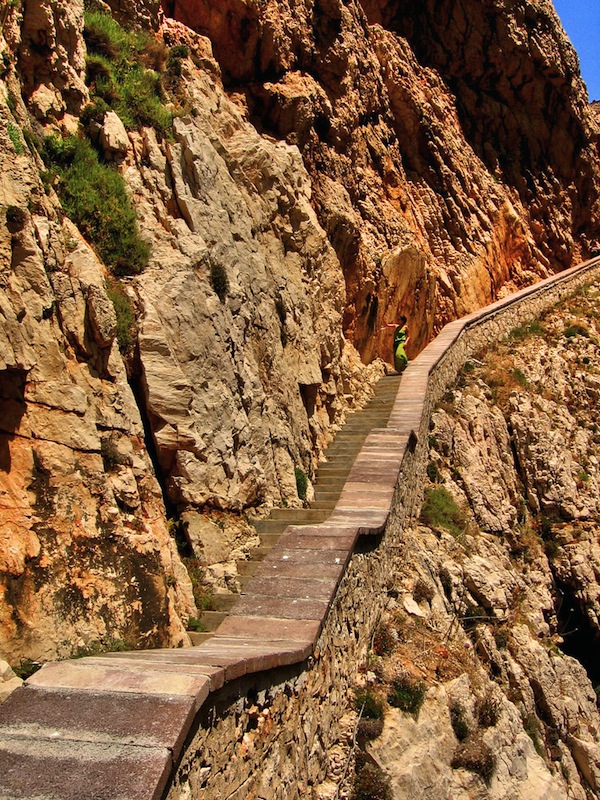 Although also approachable by boat, we greatly enjoyed the descent to Neptune’s Grotto. The sea was crashing violently against the rocks, and bits of foam would some times spray our sweaty faces. By the time we reached the grotto’s entrance, a boat was approaching to disembark.

The sea was not being particularly accommodating at the time, so we were greeted by the amusing spectacle of a group of scared tourists trying to make a run for the cave through a very shaky (and very wet) wooden plank. In the end, everybody made it in one piece, but they did not seem too happy to have to do it again when returning to their boat. 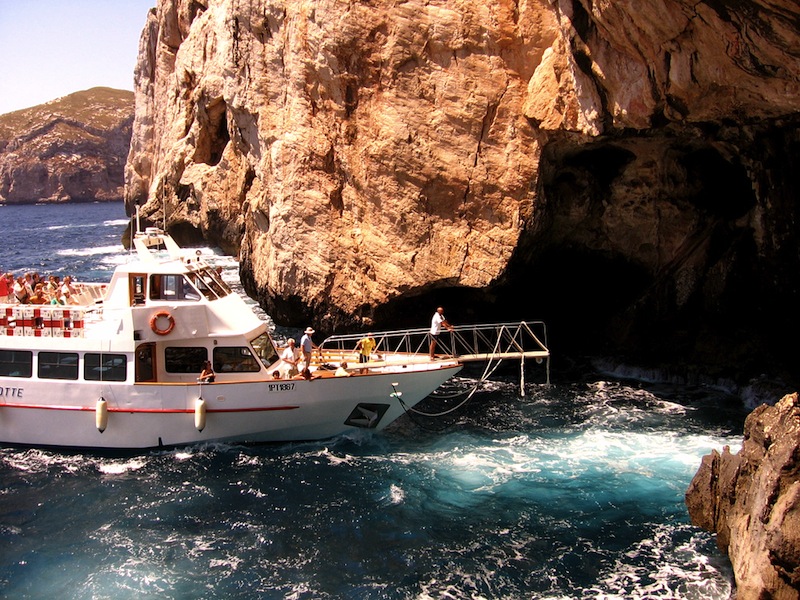 Neptune’s Grotto stretches for around 4 kilometers, but only a small part is available to the general public. Nonetheless, it was more than enough to see an incredible multitude of extraordinary stalactites and stalagmites, each one bigger and more majestic than the other. We felt as if inside a gigantic creature, walking slowly out of fear and admiration. 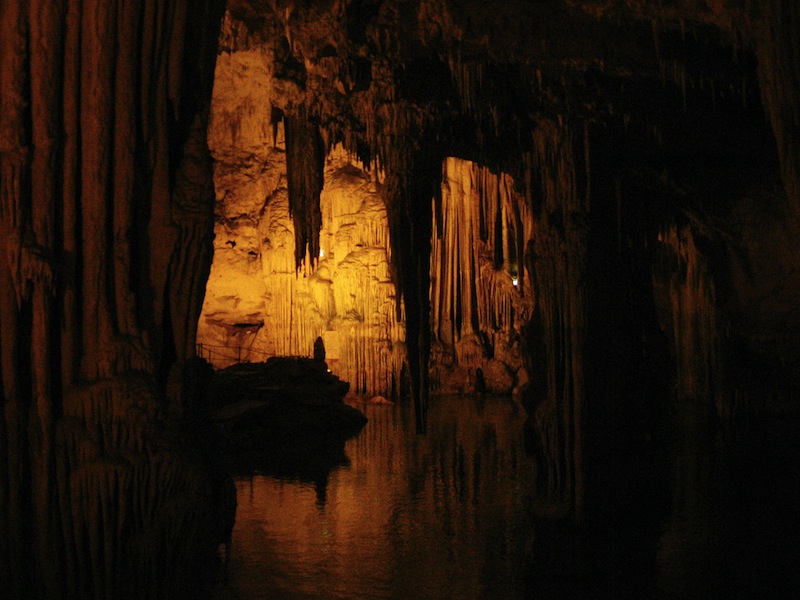 The innards of Neptune’s Grotto

Back in the sun, we began our gradual discovery of the sights, smells and colors of the Mediterranean island. We devised a plan to spend part of our day at some of the best beaches in Sardinia, and part of it exploring the Northwestern corners of the island. So, by morning we would try one of the many lovely beaches, by midday would move along to another area, and at some point during the afternoon visit one of the picturesque cities of the North. 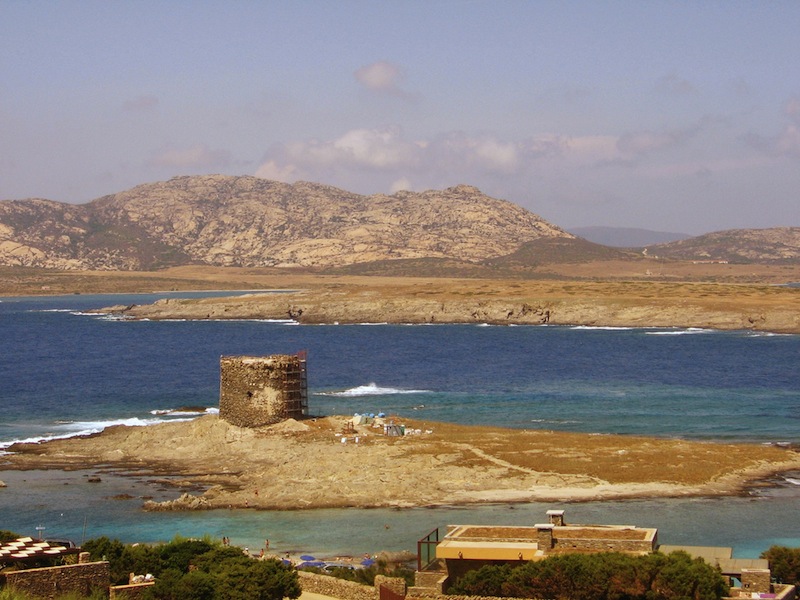 Following this plan we managed to catch a glimpse of medieval Sassari, industrial Porto Torres and, among many other small towns and winding roads, the postcard-perfect coastal comune of Stintino. We were left almost dumbfounded by the bright blue color of its waters, almost reminiscent of what we had seen in the more exotic Caye Caulker or Koh Rong. Albeit packed with people, we had to take a dip… 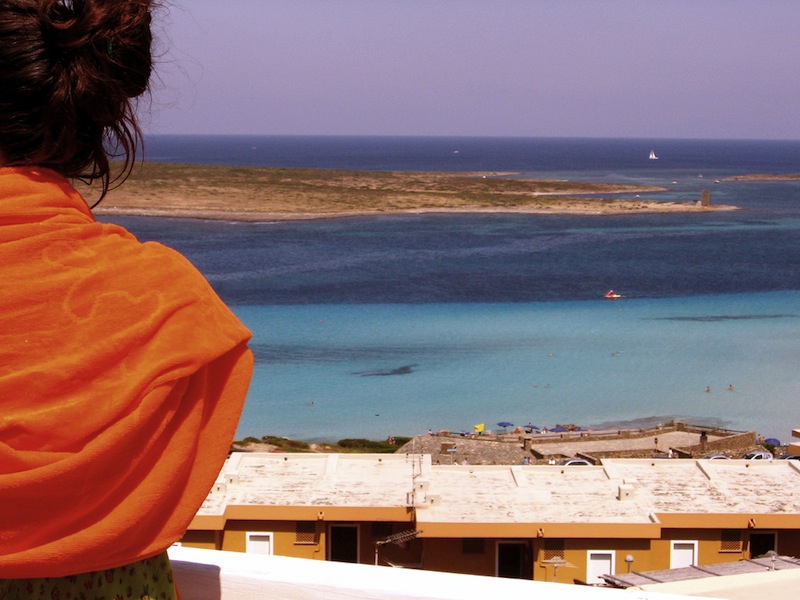 During our last couple of days in Sardinia we ditched the car and settled into the historical town of Alghero. There, we strolled through cobblestone alleyways, filled our bellies with scrumptious food, learned about the town’s Catalan heritage, mingled with the locals in the night market by the port and watched the sunset over the Mediterranean Sea. 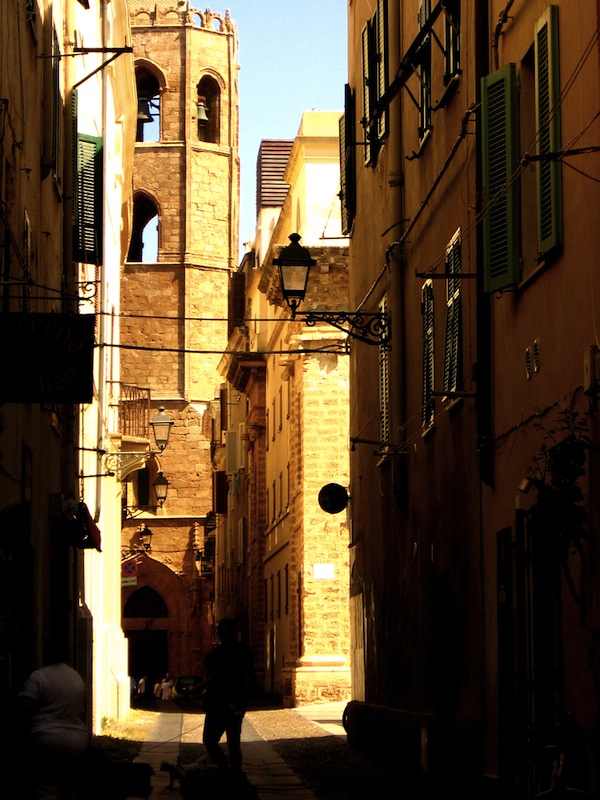 It was a soothing end to a carefree visit. We have nothing but good things to say about our Sardinian corner and its people. We heard it gets terribly crowded in August, like everywhere in Southern Europe with a beach close by, but we were able to find peace and lots of sun in June. We were truly sorry to leave – even if, given the chance to extend our stay, we would have probably eaten one gelato too many… 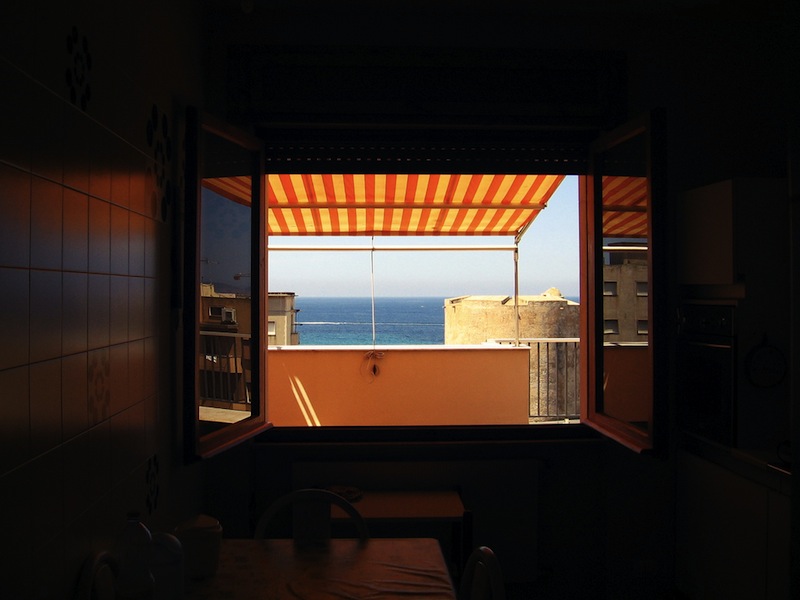 View from our room in Alghero