As chance would have it, the six-month anniversary of our entry into the meandering world of long-term travel found us in Guatemala, by the shores of Lake Atitlán. 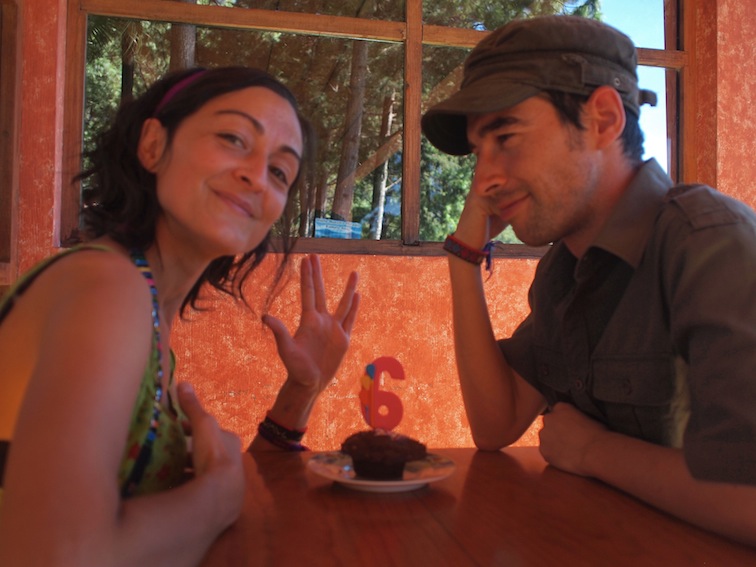 6 months on the road!

According to our initial plans, we should have been at least in Panama by now. Nonetheless, our descent through Central America towards Tierra del Fuego got off to a slow start due to the bewitching nature of Mexico. Following several extensions and much rescheduling, we had to force ourselves out of the country after 5 months.

In what is now becoming our traveling custom, we arrived in Guatemala and promptly decided to stick around for at least a month. The guilty party here is Lake Atitlán, whose beauty is too mesmerizing for words and too enticing for a mere short visit. 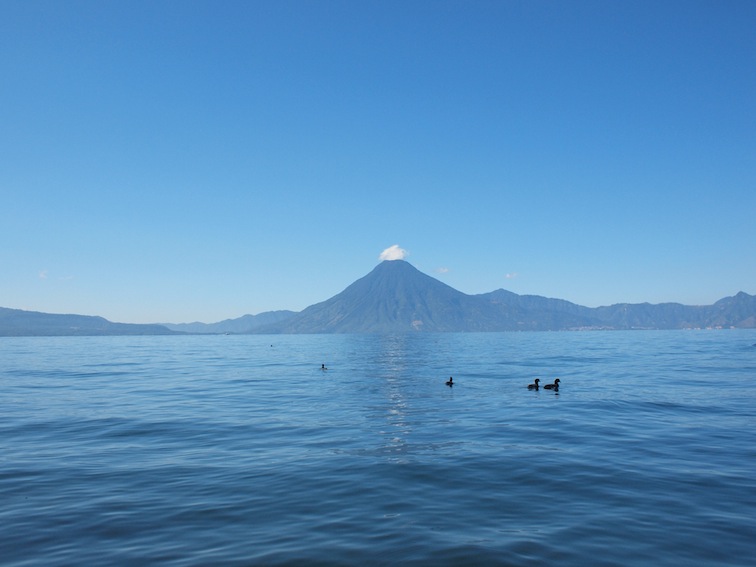 One of the benefits of slow travel is the increased likelihood of meeting lovely people. During our stay in the charming town of San Cristóbal de las Casas, we met a fellow visitor who is now living in Guatemala. Since we would be making our way south at some point, contact details were exchanged, enhanced by a promise to keep in touch.

Two months later we arrived in Panajachel, his current home and our first stop in Guatemala. Becoming immediately enamored of Lake Atitlán and the surrounding landscape, we inquired about accommodation options of a cheaper and more permanent nature.

Following his advice, and further encouraged by his girlfriend’s words of praise, we are now living in a small apartment on a quiet hill overlooking Lake Atitlán, enjoying the discovery of local markets and easing into a life of restless domesticity.

For those practical types reading (you know who you are), here’s the rundown: our monthly rent is 2100 GTQ/200 EUR per month, which includes a double bed, private bathroom with hot shower, fully-equipped kitchen, gas, electricity and wireless internet. Oh, and a not-too-shabby view.

In order to celebrate our six-month milestone, we invited our new friends over for lunch, to share the food and the warmth of our new home by Lake Atitlán.

Being thus introduced, the dear reader may ask: but what is it like to live there? What’s the routine? Do you have any windows? What color is the bedding and how many cats have you adopted? More importantly, how was the anniversary and was the food any good?

Well, that’s what videos are for: