When we decided to visit Japan, we knew we had to somehow manage to spend a day at the Studio Ghibli Museum in Mitaka, close to Tokyo. Having grown up with the movies of Hayao Miyazaki and becoming fascinated with both their beauty and their common themes of pacifism, environmentalism and humanity’s ambiguous relationship with technology, I have always equated Ghibli with the spirit of Japan – perhaps in a deeper sense than I did with Akira Kurosawa’s films, Yukio Mishima’s books, sushi or even Mount Fuji.

Before ever setting foot in the land of the rising sun, my idea of Japan had become entangled with Hayao Miyazaki’s animated films, such as Nausicaä of the Valley of the Wind, Laputa: Castle in the Sky, My Neighbor Totoro, Princess Mononoke, Spirited Away or Ponyo. Most of his films are not actually set in Japan, but in a personal world with influences from all over the place: the buildings may seem straight out of a Swiss village, the forests may belong to the Brothers Grimm, the landscape may shift from a Mediterranean beach to an English castle.

However, even if their settings and themes are universal, they still somehow represented (to my eyes) the soul of Japan. All this to say there was no way we were missing out on a pilgrimage to the Ghibli Museum… 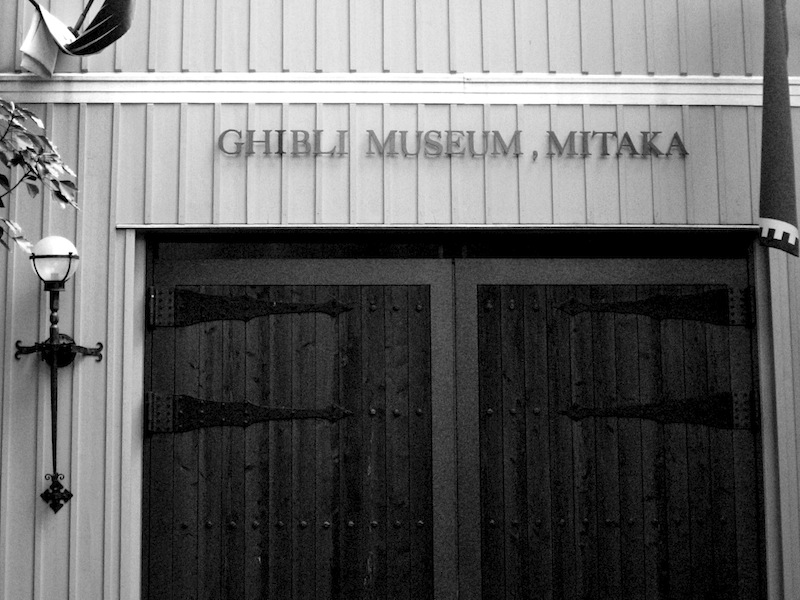 Buying a Ticket to the Ghibli Museum

Truth be told, the Studio Ghibli Museum not the easiest of places to get into. For starters, and unlike most museums, tickets cannot be bought at the entrance. They must not only be purchased in advance, but also already state the date of visit. Hence, if you have a ticket for a Wednesday and show up on a Thursday, you’re out of luck. Inside Japan, tickets are only available through LAWSON convenience stores.

Outside of Japan, as was our case, we had to find an authorized travel agency. We went with JTB UK LTD, and received our tickets in the mail, at the cost of Yen 1,000 each plus handling charge. Another little detail has to do with when the tickets can be bought. Oh, you thought anytime? No no no…

Tickets can only be bought 3 months in advance. More specifically, as the JTB UK LTD site notes, “from the 1st of each month, confirmed admissions are available for the following 3 months” – we were going in January, so bought the tickets in early October, knowing they could get sold out soon.

Before booking your tickets, it’s always best to also check the Ghibli Museum’s site for opening days. They’re closed on Tuesdays and during periodic maintenance, which sometimes can take a whole week. To summarize: check their calendar, find an authorized reseller, get a ticket within the “following 3 months” time frame, wait for the post office to do its thing. After going through this bureaucratic maze you may find yourself asking if it’s worth the trouble. In our personal opinion, the answer would be a resounding YES. And YES again for further emphasis… 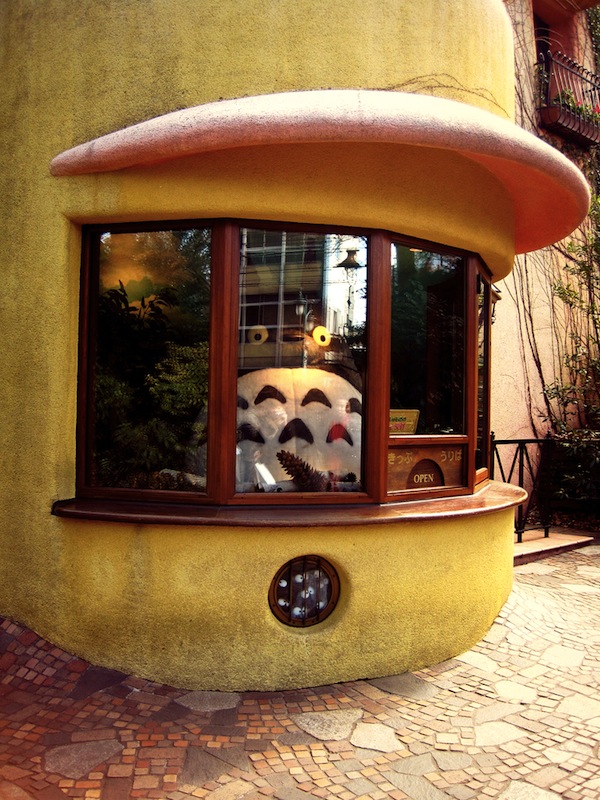 Getting to the Studio Ghibli Museum from Tokyo

The Studio Ghibli Museum is situated in Mitaka, within the Mitaka Inokashira Park. Getting there from central Tokyo is quite easy and makes for a pleasant day trip. Just hop on the JR Chuo Line and leave at the Mitaka South Exit. Once out in the open, it’s a 15 min. walk along the Tamagawa Josui “Waterworks” to the museum. There are small buses running from Mitaka Station to the museum, but since it was a lovely day we just walked – there are several signs pointing you in the right direction, so you can’t miss it. 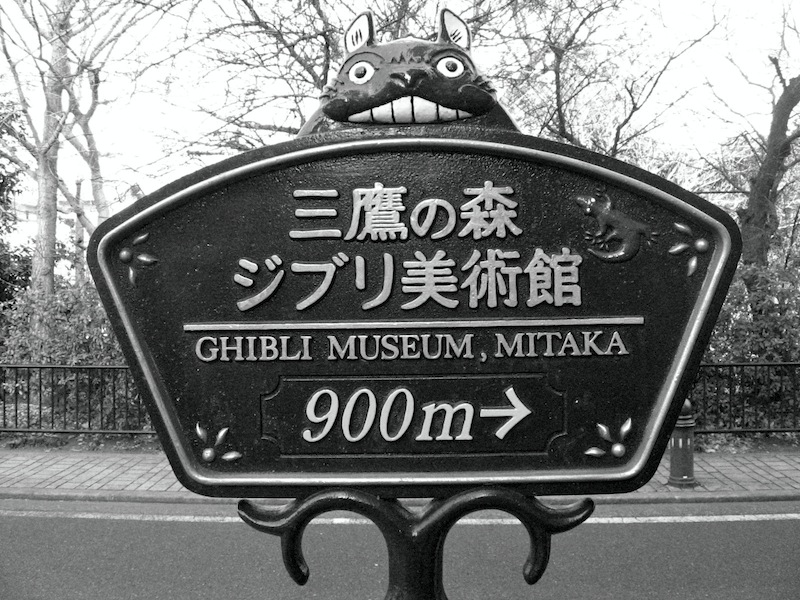 The museum is quite unassuming from the outside. Entering through the gate, you’ll spot Totoro sitting inside a booth greeting you welcome. However, the Studio Ghibli Museum Totoro entrance is a bit of a dead end, since the proper entrance is a few steps further to the right. Reaching the ticket booth, we exchanged our reservations for 2 small 35mm film prints with scenes from Studio Ghiblis’s films – those would be our tickets. We were loving it already. Once inside, it was all about Studio Ghibli and the world of animated cinema. The main exhibits dwell on the inner-workings of animation and have some set pieces from Studio Ghibli’s filmography.

The many areas open to the public include the Cat Bus room (kids only, alas), the Saturn Theater (showing original animated shorts), the Central Hall (which brings to mind Miyazaki’s fantastical buildings), a reading room, the Ghibli Museum gift shop Mamma Aiuto! and the Straw Hat cafe. However, we particularly enjoyed the 5 rooms dedicated to the theme “Where a Film is Born” – going through the rooms, some filled almost to the brim with sketches, pencils, toys and models, we could almost sense being part of the creative process.

It was almost unbearable not being able to just sit down in one of the deeply worn desks and start drawing or writing something. After becoming even more entranced by Miazaki’s world, we headed to the rooftop garden, where the Ghibli Museum’s guardian stands every day immovable under the elements: the Robot Soldier from Laputa: Castle in the Sky.

Robot from Castle in the Sky

As a side note, neither photography nor video are allowed inside, so we have no photos to share. Nevertheless, we think this is a good decision on the museum’s part. There are moments best savored without a gadget, and remembered only as fleeting but intimate instants in a fast-paced world with hardly any space left for quiet introspection – a philosophy which fits nicely with Studio Ghibli’s magical body of work.

More info can be found at the official site of Ghibli Museum.