The Giants of Sequoia National Park

After brief stints in the Grand Canyon and Yosemite, we managed to visit Sequoia National Park and its towering arboreal giants. Driving through the Big Stump Entrance, we headed south on the Generals Highway, where the gargantuan conifers first made their appearance between the Sierra trees.

The giant sequoia is Earth’s largest living tree. Their immensity and hardiness insulate them from the majority of hazards afflicting other trees, including most fires. However, they are vulnerable to toppling, since they have surprisingly shallow roots, which are sometimes unable to withstand strong winds or even increasing soil moisture. 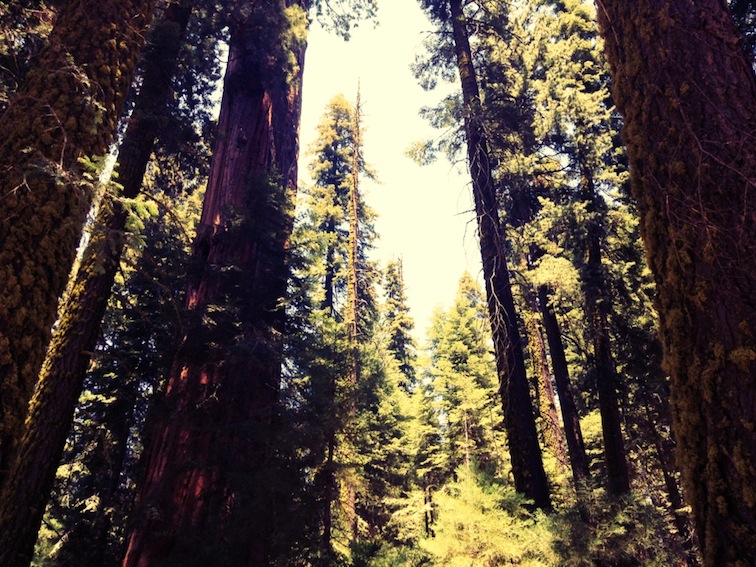 Amidst the Giant Sequoias

It is an uncanny experience to walk the Giant Forest, amidst these millenary mammoths whose height often surpasses common buildings. Their conical trunks are soft to the touch, more like a furry mantle than a hard, rugged shell – unlike any other bark we’ve known.

The General Sherman Tree is the forest’s most famous sequoia. Its age is estimated at 2,200 years old, an impressive number further amplified by other bewildering statistics: it has a height of 83.8 meters, a diameter of 7.7 meters and its circumference at ground stands at a stunning 31.3 meters. All these characteristics make it the world’s largest living tree. It is a commanding sight to behold, and well worth the trip. Due to its sheer magnitude, it is nearly impossible to get it all in one photo. As a deeply inadequate indication of its size, try to spot Elle below as she poses with approximately half the tree visible. 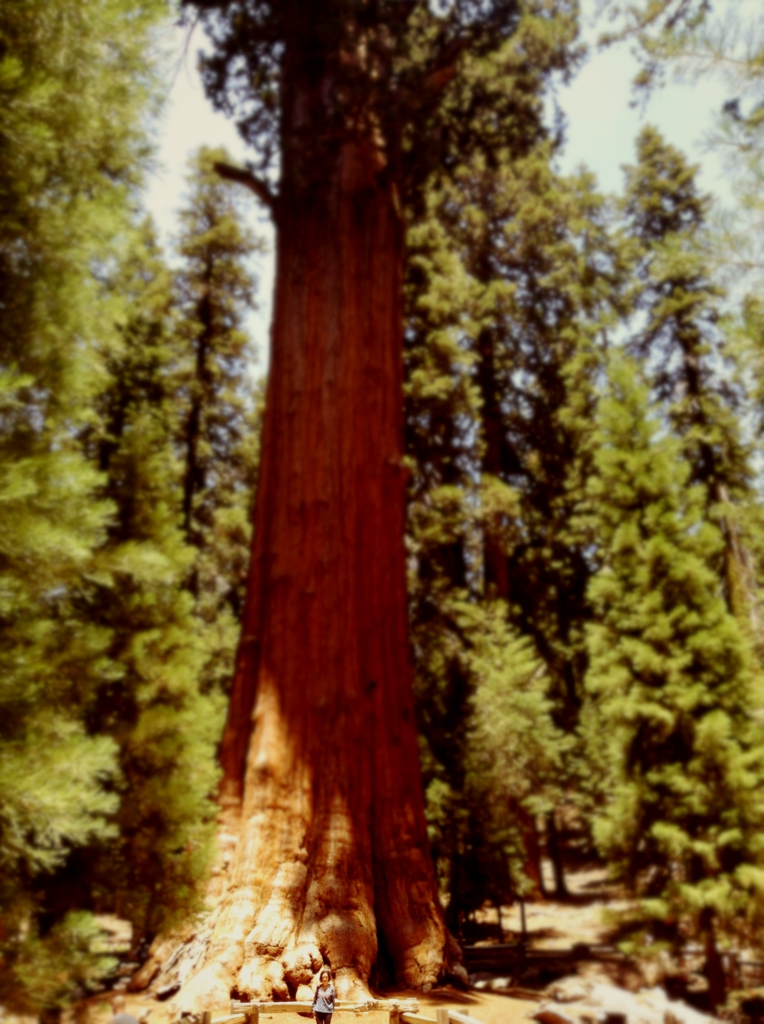 Elle & half of General Sherman Tree