Between Cuaresma (Lent) and Semana Santa (Holy Week), the streets of Antigua Guatemala become a tapestry of sawdust, flowers and purple robes. The weeks leading to Easter Sunday are a time for penitence, and many of the devout line up to assume the role of cucurucho, or bearer of gigantic wooden floats known as andas, which display scenes from the Passion of Christ and can weigh up to 3 tonnes.

The cucuruchos are all male and carry the floats featuring Jesus, whereas the female worshippers, known as cargadoras, carry a smaller float of the Virgin Mary, which invariably trails behind the main attraction. These penitents will usually carry the float for one block, at which point a switch will be made, ensuring the procession continues with no bones broken. Children also have a central part to play in a few specific processions, their small shoulders proving just as sturdy, albeit enduring a lighter burden.

Although seen as a form of penance for the many sins one can accrue in a year (or a single night out), the position of bearer is nowadays also a privilege only afforded to those who can pay enough quetzales to their church. Although not a wealthy country, Guatemala is without doubt zealously Christian, so the issue of not having enough cucuruchos or cargadoras will probably never arise. 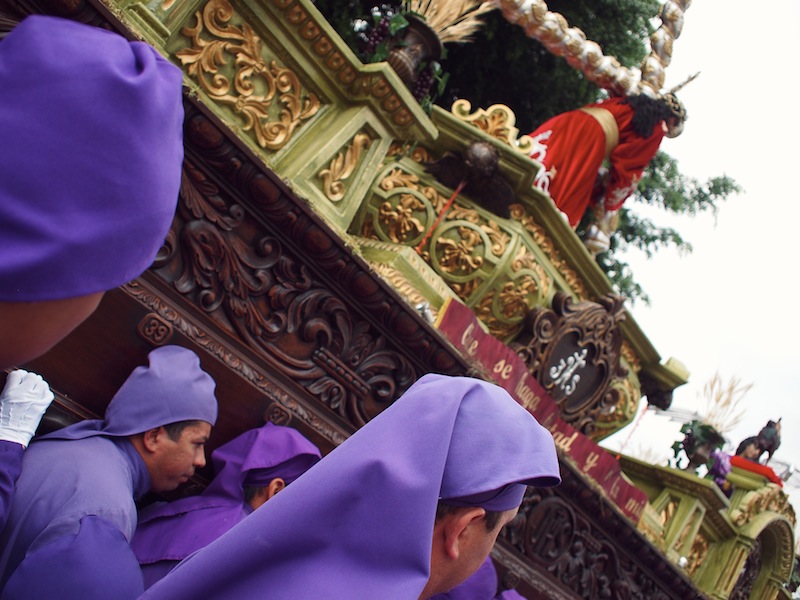 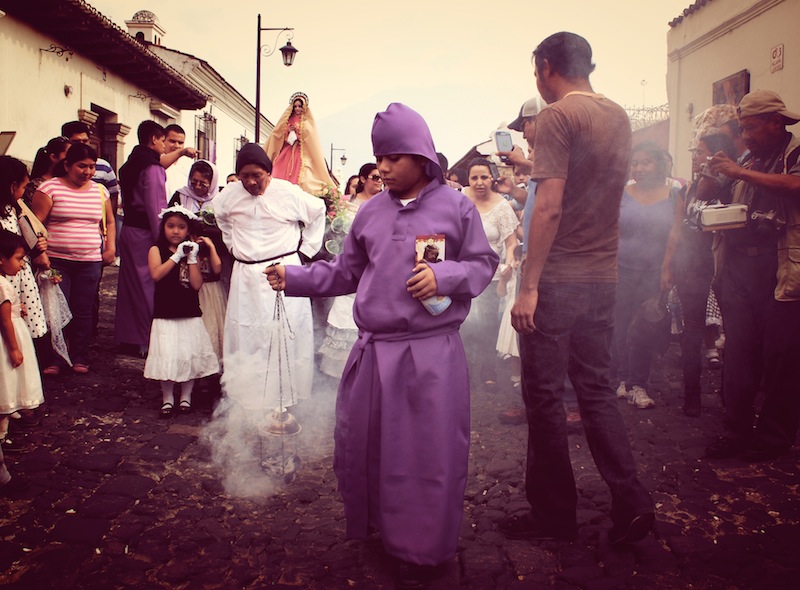 Even if bearers are assigned a dominant part in the processions of Semana Santa, there are other roles to be filled by the penitent: swinging incense burners, taking care of logistics, lashing volunteer sinners, lifting electrical wires with tall wooden poles or, perhaps more entertainingly, walking around dressed like a Roman soldier. 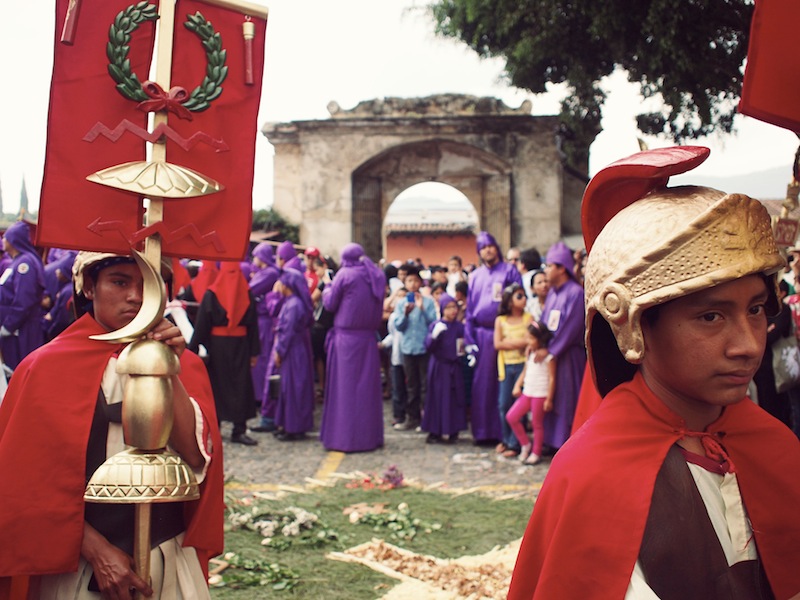 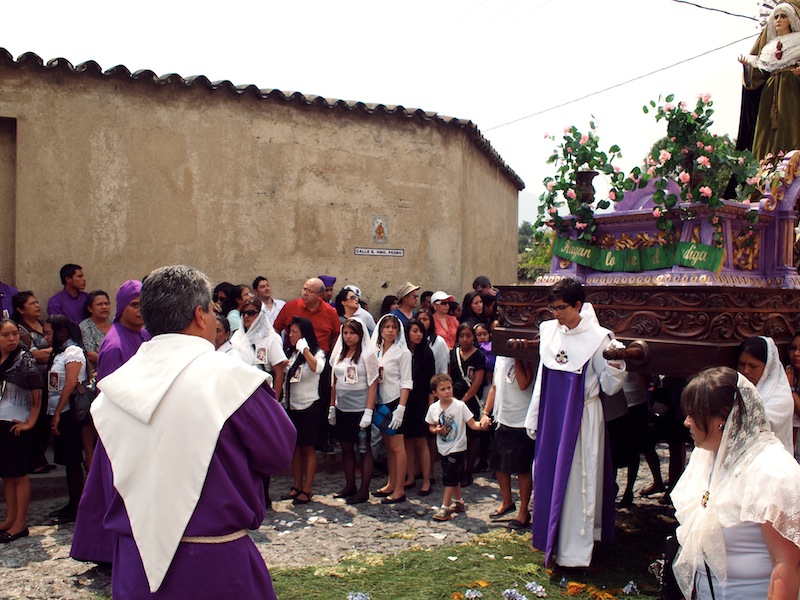 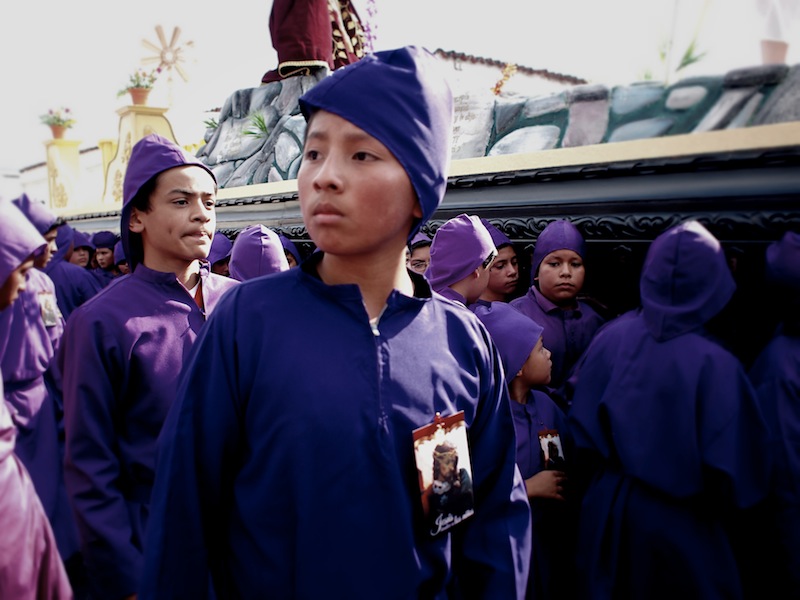 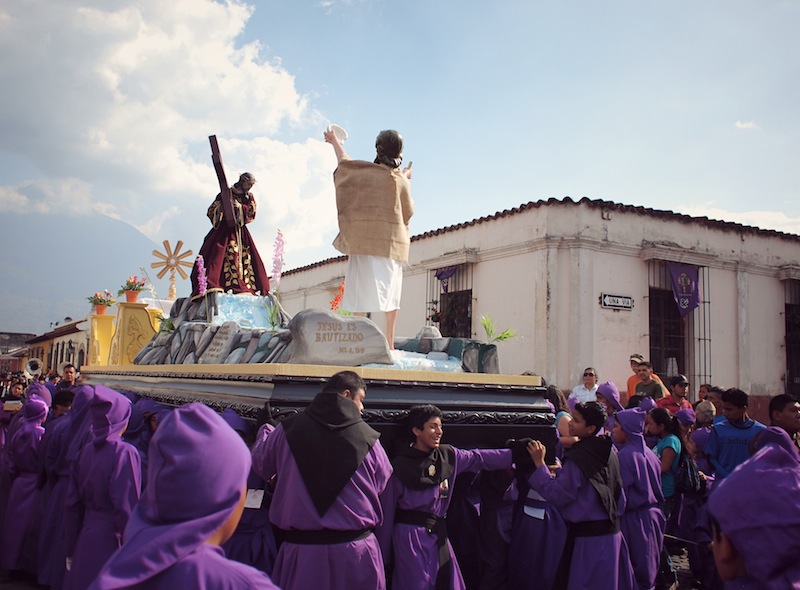 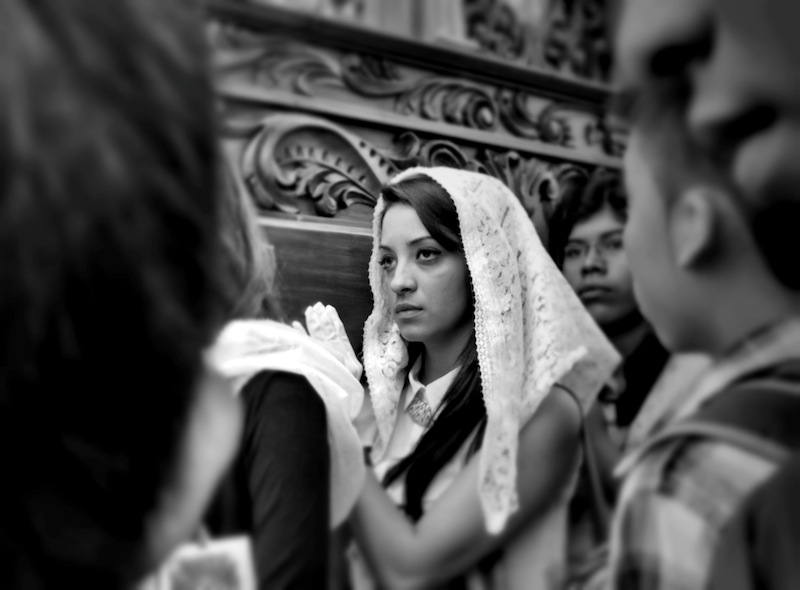 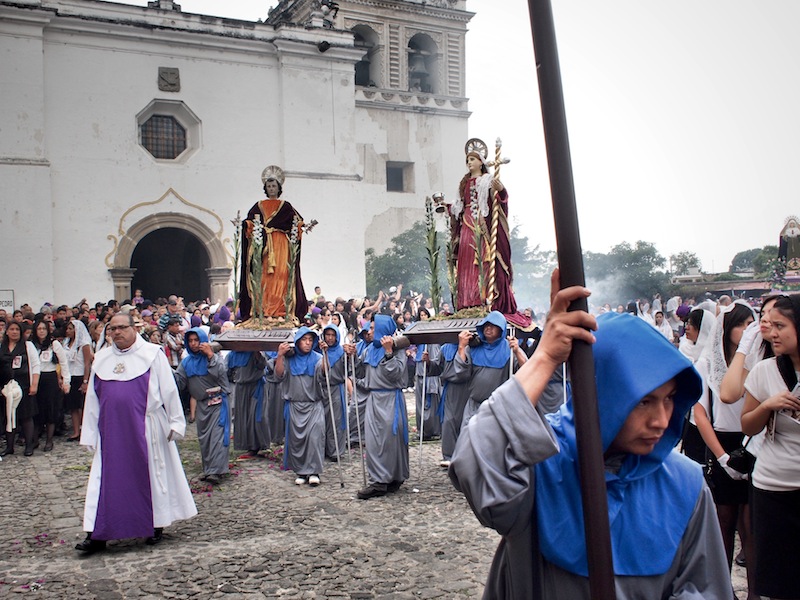 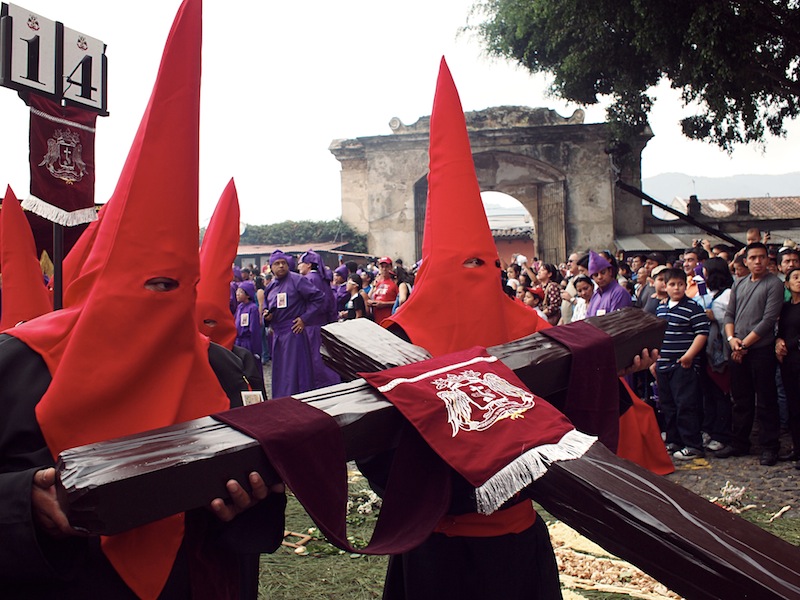 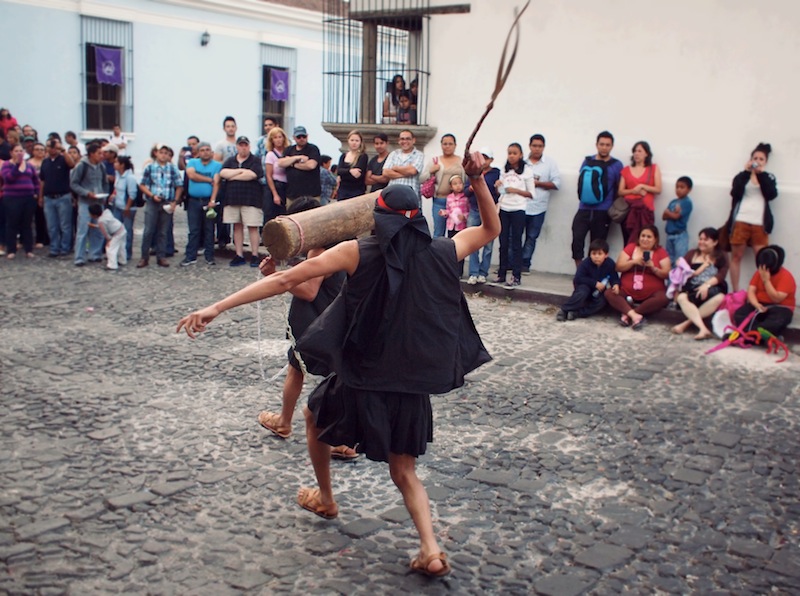 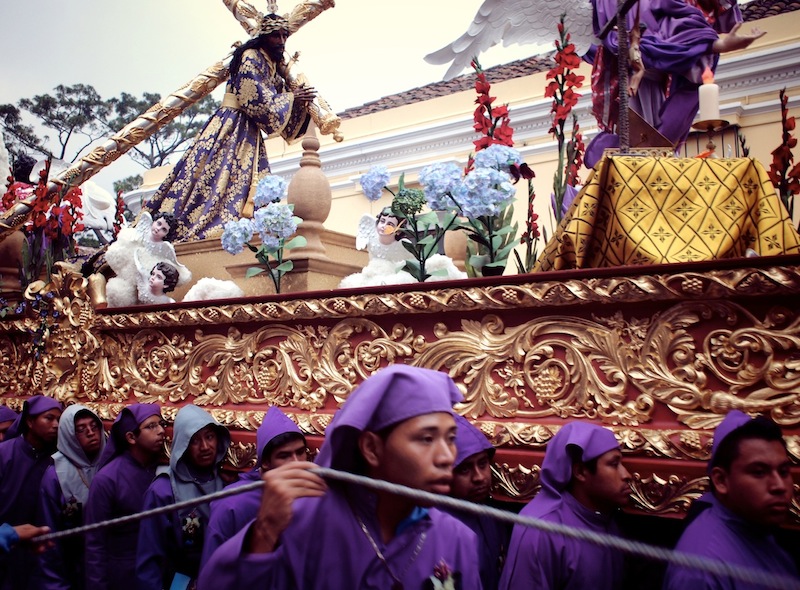 For all the pious men, women and children bearing the weight of intricate wood and sorrowful devotion, these are days of sin and repentance, death and rebirth. Antigua Guatemala, bloated by vast crowds of foreigners and locals alike, turns into a maze of purple and copal fumes during Semana Santa, an exuberant religious celebration where penitence is both solemn and radiant.