Adding to colonial architecture, ruins of ancient cathedrals and the presence of three imposing volcanoes in its near vicinity, Antigua Guatemala boasts yet another renowned characteristic: it is considered the epicenter of Semana Santa (Holy Week) celebrations in the whole of Guatemala, if not the world. Although an arguable claim, it is impossible not to be smitten by the myriad colors seen spreading through the streets of Antigua between Ash Wednesday and Good Friday, when religious fervor and sugary enthusiasm reach its zenith.

One of the most striking aspects of Easter rituals in Antigua Guatemala is the creation and display of alfombras, or “ridiculously intricate and multicolored carpets” in English, which are made of dyed sawdust, flowers, pine needles, vegetables and whatever else imagination dictates. 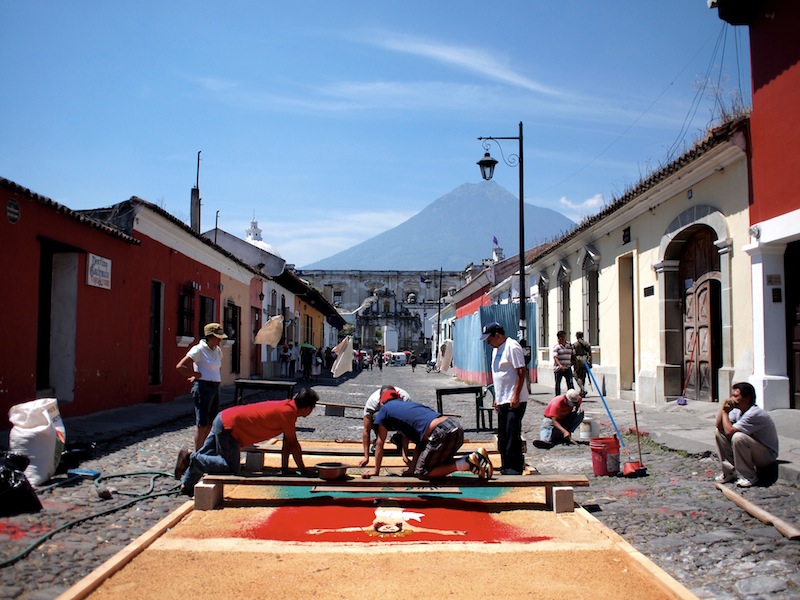 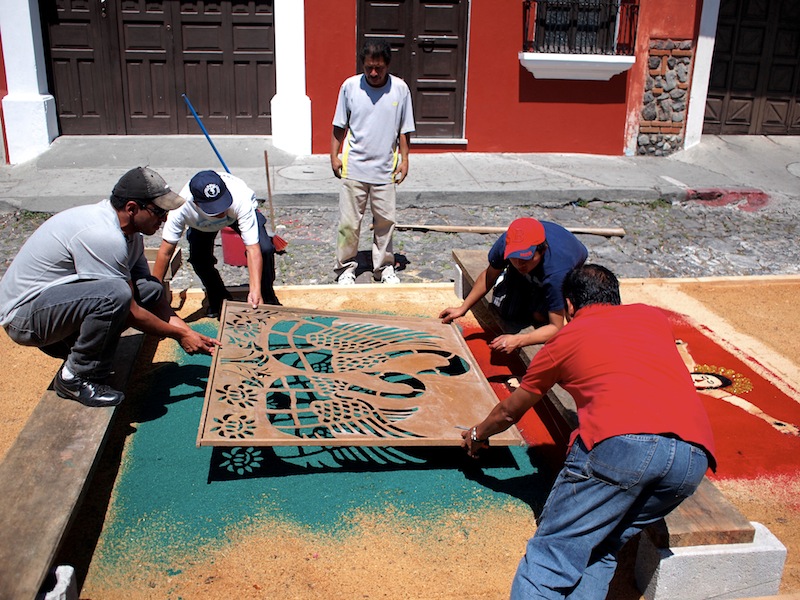 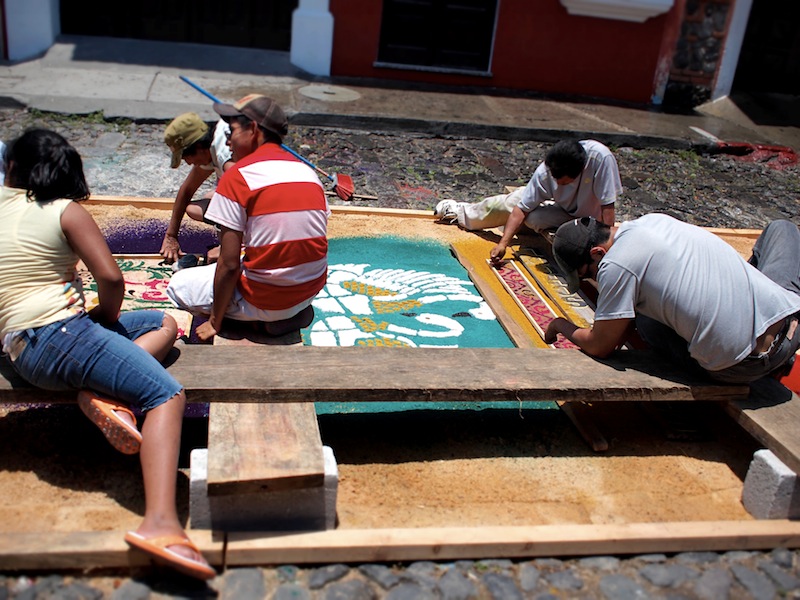 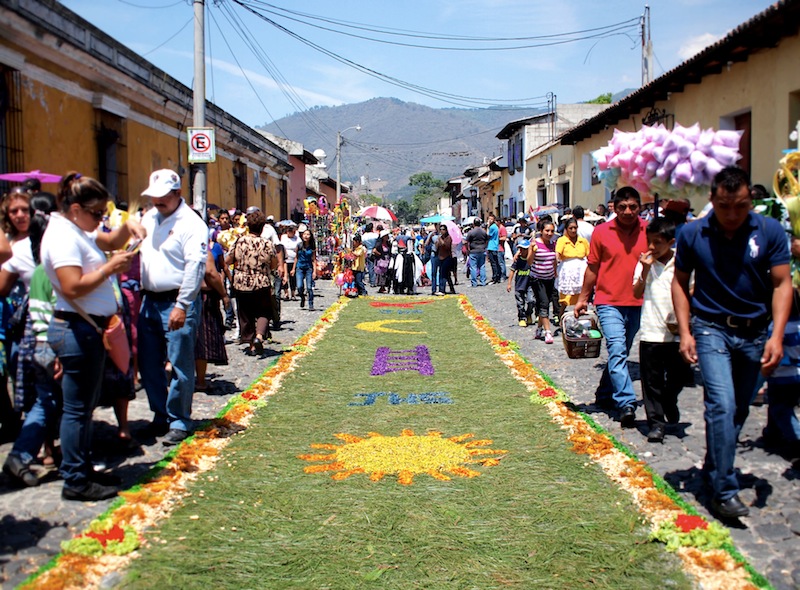 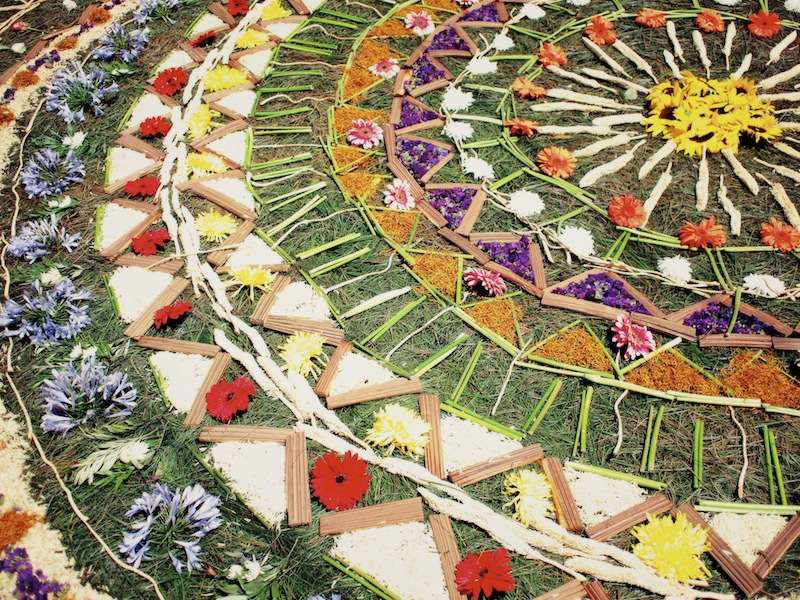 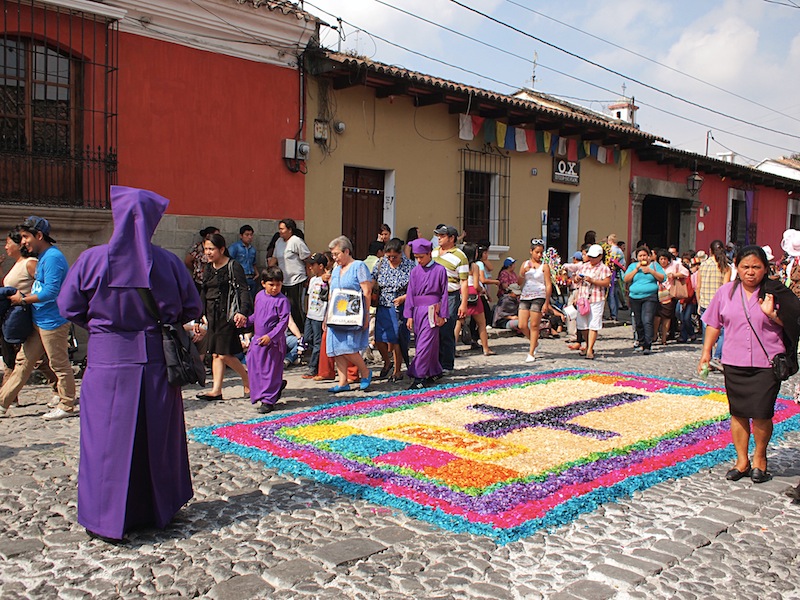 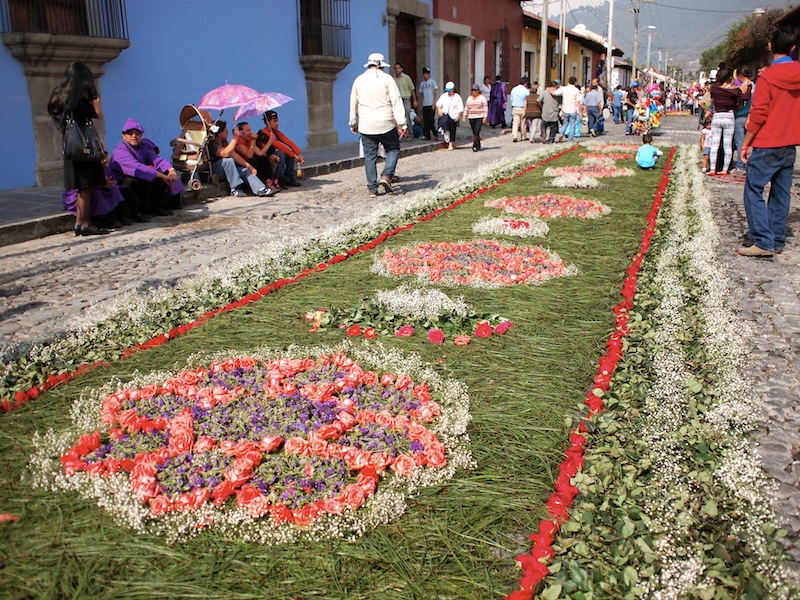 Most alfombras created during (and in the weeks leading to) Semana Santa are communal affairs, meaning sometimes neighbors will gather and prepare an alfombra which will stretch along a whole street block. Even smaller carpets will have several people gathered, usually family members, who will display it in front of their house. 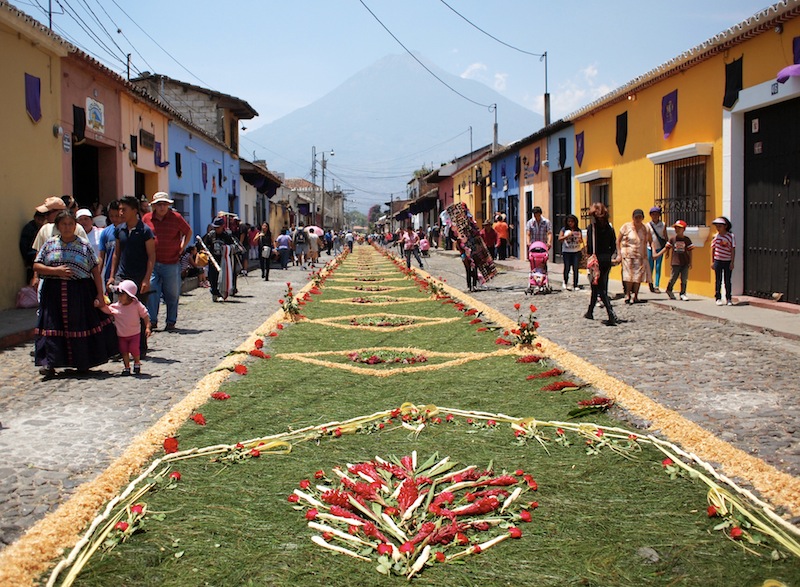 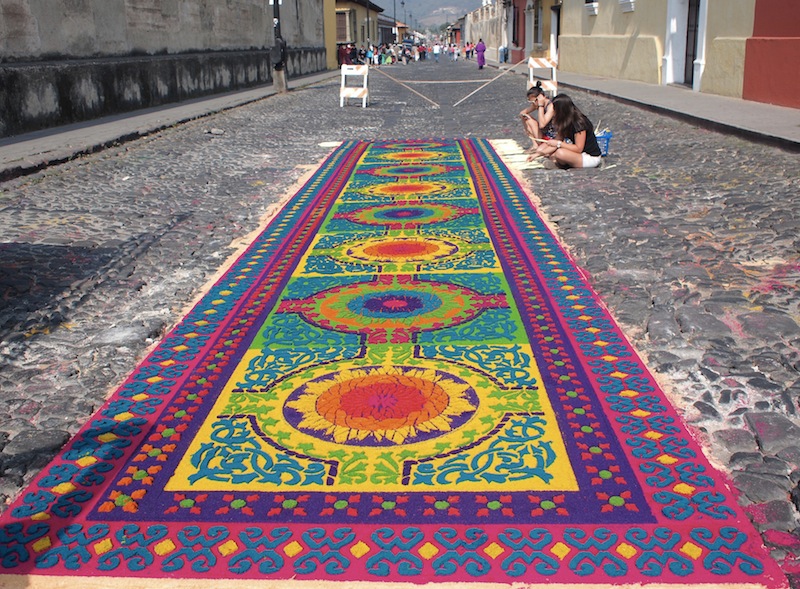 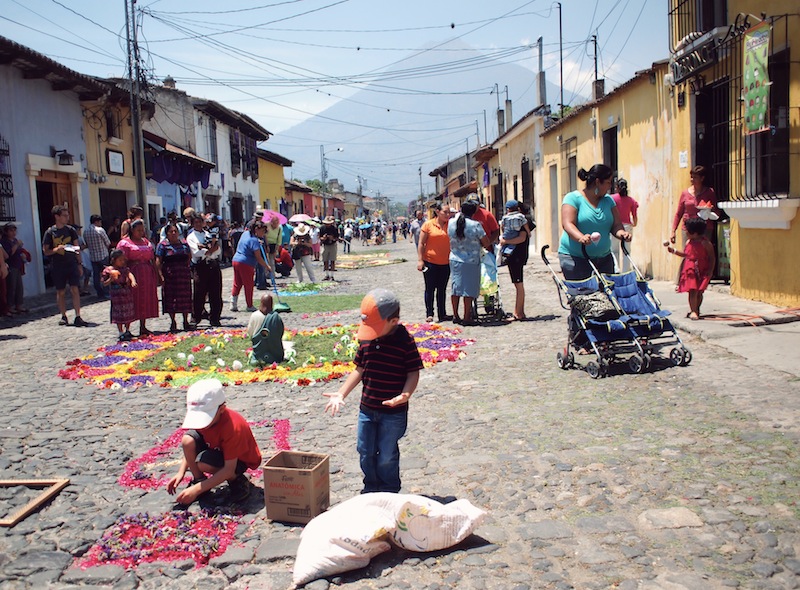 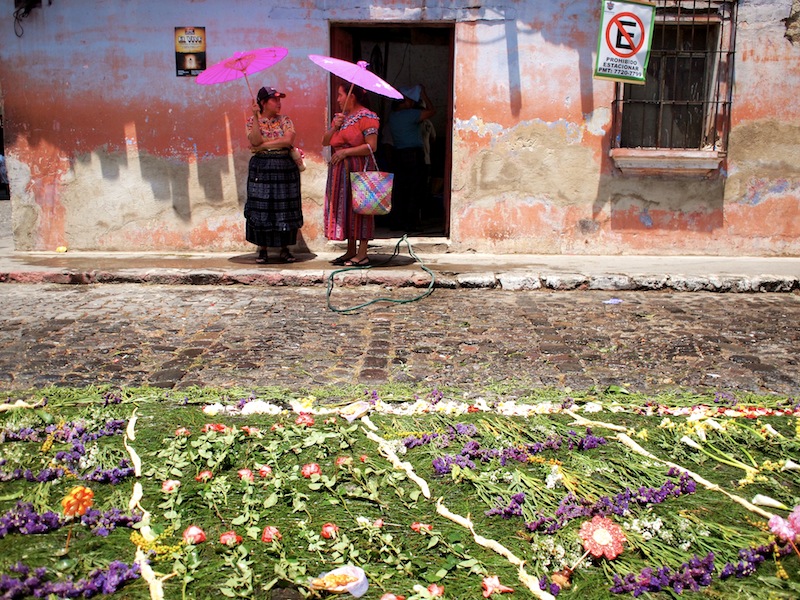 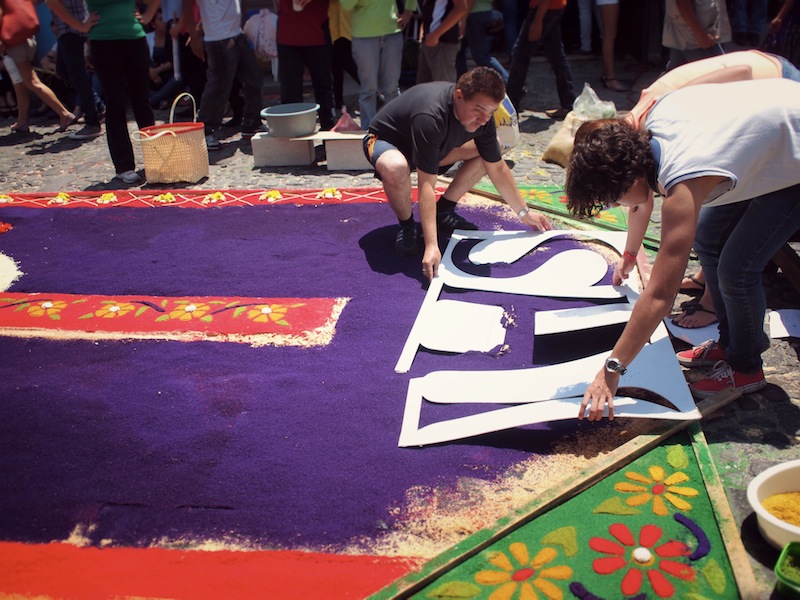 Similar to mandalas in Hindu and Buddhist traditions, alfombras are also symbols of impermanence. Following hours of careful planing and execution, sawdust and pine needles will be trampled on by a procession of devout worshippers, who will leave nothing but a faded imprint of colors in their wake, until the next procession is scheduled and sawdust is sprinkled on cobblestone once again… 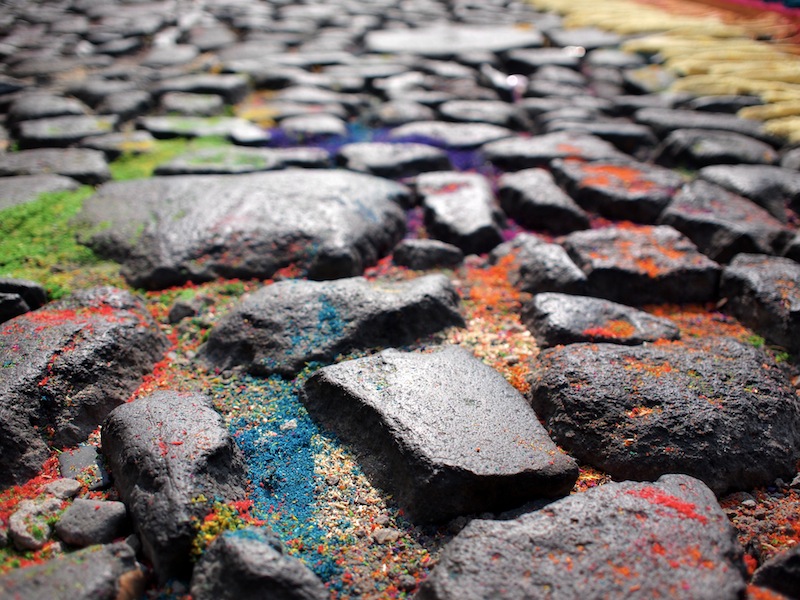