Leaving Montreal on the Via Rail train to Toronto we noticed something odd happening to the sky: blue began to be replaced by grey, and warmth by inclement rain. As the train approached the skyscrapers of downtown Toronto, blurry in the watery distance, we thought we had entered a vortex in the space-time continuum and ended up back in Amsterdam. Once outside, we scrambled for some sort of refuge, only to stumble upon a chaotic herd of umbrellas trying to make their way to the subway.

We were fortunate to stay with generous friends, who provided us with shelter and a delicious meal to soothe our tired shoulders and grumbling stomachs. We stayed close to Ossington subway station, which gave us a good starting point to go out and explore what at that point was a gloomy Canadian capital.

One of the enticing aspects of Toronto is the diversity of its inhabitants. As we strolled on a clouded day along Bloor Street towards downtown, we came across Koreatown, our first encounter with the many animated neighborhoods scattered around the city, an experience which would later be enhanced by visits to Little Italy and even (gasp!) Little Portugal.

Although the skies were overcast, the liveliness of Toronto’s little corners of the world made for pleasant walks around the city center, where the CN Tower looms lean above the glass and concrete buildings. 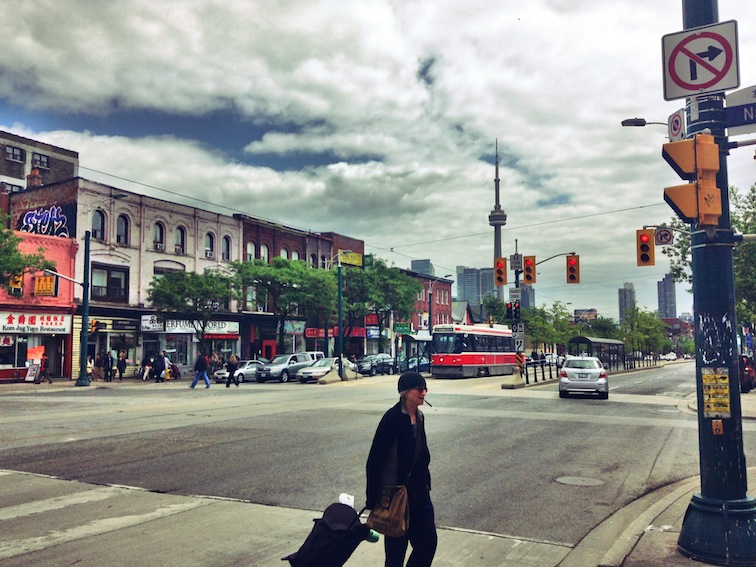 Toronto life, with CN Tower in the background

However, for all the spirited atmosphere of a buzzing metropolis, it was when the clouds finally parted that we began to truly enjoy the multifarious bits and pieces of Toronto. Meandering through College Street, we eventually arrived at Kensington Market, a captivating nest of urban styles, quirky attitude and motley gastronomy. 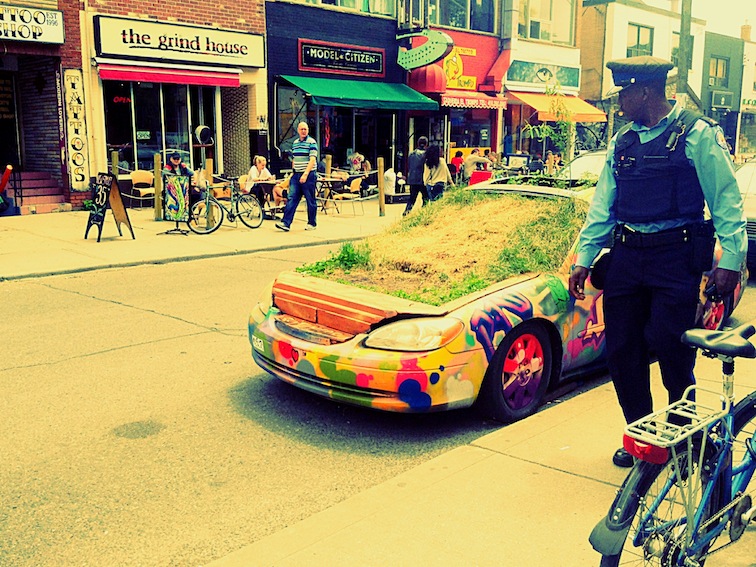 Finally getting a glimpse of the famed Toronto Spring, we ambled along some of its many extensive parks, letting the sun warm our bodies and lighten our spirits. The city shone with extravagant characters and quaint streets bathed in sunlight, all imbued with the effervescent charisma of a city fully alive.

Nonetheless, our short stop in Toronto was mostly influenced not by the weather, but by the people we met. From old friends who inadvertently (or so they say) led us through a multicolored Portuguese parade in order to have a scrumptious brunch at The Federal to gracious new friends who accommodated us in their comfortable home and introduced us to fine wine and delectable cicchetti at Archive, it was ultimately due to their presence that we left Toronto with a chestful of good memories.