There are many ways to cross the border between the USA and Canada. If the goal is to go from New York to Montreal, a scenic and relaxed option is the Amtrak Adirondack train. The whole trip lasts around 10 hours, which go by in a breeze as the landscape shifts from gritty New York to the vast watery expanses of Lake Champlain. Along the way, the train makes various stops at towns with names like Schenectady and Ticonderoga, still exotic to European ears. 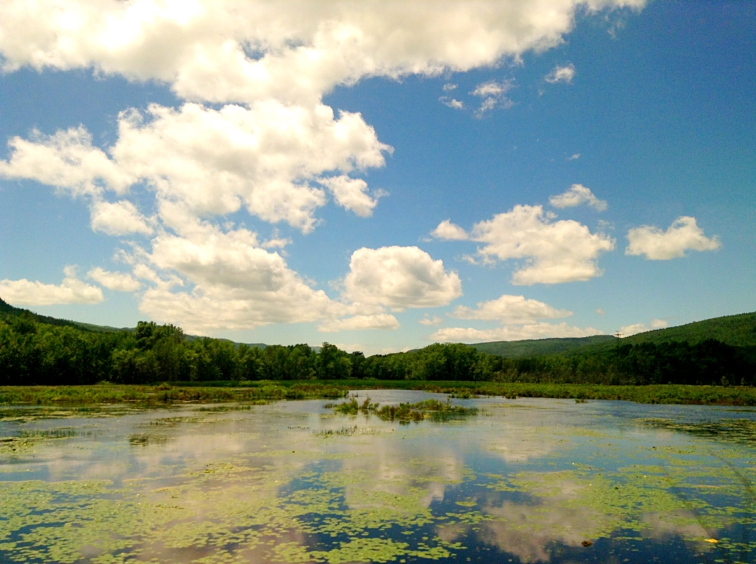 Reflections on our way to Canada

We were seated on the left side of the train, taking in mostly greenery and the occasional deserted road. For unimpeded views of the aquatic majesty of Lake Champlain, we’d recommend a seat on the right side of the carriage.

Some representative snippets of the train ride can be viewed below:

The Amtrak Adirondack is comfortable, clean and equipped with power plugs, so it’s also possible to do some gadget work if so inclined. They also boast of having WiFi on board, but it’s a sketchy experience at best, so we’d suggest leaving YouTube alone and gaze at the mountains rising in the distance instead.

If the trip itself seemed to go smoothly, the border crossing turned out to be a bit bumpy. The border patrol was surprisingly nonchalant about our situation, and didn’t even ask about a return ticket out of Canada. However, and even though the train was not crowded at all by that time, some crazy Canadians had apparently bought entire wardrobes in New York without paying any taxes, which left us stranded at the border for at least an hour.

Eventually we continued our journey, and were soon firmly on Canadian soil – a first! -, curious to see what Montreal had in store for us.