October has not been a productive month in terms of, well… anything. Given my body’s untimely decision to give up on life, I’ve spent most of my time trying to rest and hopefully heal.

However, even while not being particularly active in social media and going silent for large periods of time, we went past 1000 visits for the first time in Lunaguava’s history. Ironically, the reason was the same one which prevented me from actively working on the website – getting sick on the road. 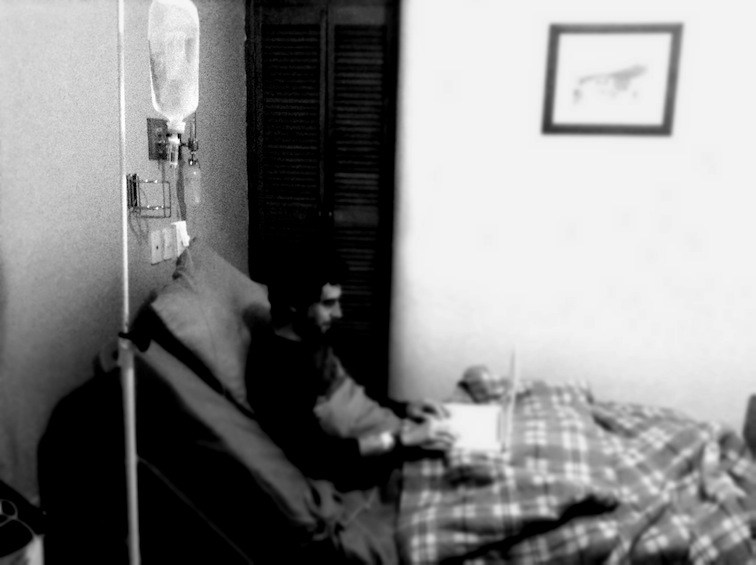 As soon as I could stare at a screen for more than 3 seconds at a time, I went on an incongruous rant detailing my transcontinental tale of medical tribulation, which ended up being our most popular post ever, harnessing almost half of our monthly traffic.

As much as I’m fond of the more romantic aspects of life, I am still unprepared to die for my art, so hopefully I won’t have to stare into the endless abyss in order to increase page views.

Subscribers – We’ve got a couple of more people gracious enough to put their emails at the bottom right of our homepage (hint!). Alas, I didn’t have much time or patience to dwell on how to increase this number. I’ll try to come up with something later.

Facepoop – We’re slowly getting more “Likes” in our Facepoop page, so thank you lovely people! It’s difficult to gain traction on Facepoop (people have lives and such), but we’re getting there…

Twitter – Not much going on in October, since I couldn’t stomach Twitter chats for more than 5 minutes until I collapsed into a pile of sweat. It’s also likely that I’ve been shunned by the community, after constantly dropping in and out of conversations as If I were a deranged ghost or a cockroach with ADD.

Google+ – As a travel blogger, I am Renfield to Google’s Dracula, or Igor to Google’s Young Frankenstein, meaning I live to obey, even if I don’t understand half of what’s going on. As a result, I’ve created a couple of Google+ accounts, so you might go ahead and add FW North to your circles and follow Lunaguava on Google+!

StumbleUpon – I don’t understand this. I’ll go on a teenage tangent and say “like, whatever…”

Klout – This site uses social media analytics to assess how influential one is in the mad kingdom of the interwebs. Lunaguava has a score of 56 out of 100, meaning… something – I don’t know, I’ve always disliked rankings.

Again, the increase in visitors was mostly due to our post describing my brush with Lady Death (even if she ended up giving me the cold shoulder…), proving once and for all that drama sells. I must admit I’d much rather be a casual observer than a protagonist in any drama, but sometimes it’s just not possible to escape an assigned role. Life can be a cruel casting director…

The last batch of statistics belongs to two sites which keep track of traffic rank. The numbers are a bit counter-intuitive for a mathematically-challenged person such as myself, in the sense that a lesser number is the ultimate goal. “Less is more” could be a motto for website statistics…

And so it goes… Thank you for visiting and drop a comment if so inclined (yes, I have stellar marketing skills). In the meantime, here’s a bit of color in San Cristóbal: