Sand and Sunrise in Mazunte

Continuing on the Pacific coast from our piece of heaven in Puerto Escondido, many travelers shuffle their sandals toward Mazunte, a tiny enclave of backpackers, yoga aficionados and beautiful sunsets by the sea. Since we had heard many good things about it, and were still in the mood for salt, we made our way to its serene shores.

As ever, moving around Mexico proved surprisingly easy and inexpensive. Mazunte is only 66 km away from Puerto Escondido, which meant that, instead of a slightly more costly bus, we opted for a “suburbano” (a van, basically). Obviously, with cheaper alternatives there’s always the chance of something going not-exactly-according to plan, which is how, waiting at the Terminal de Autubuses close to the market, we were informed our ride had had a technical mishap in the misty mountains of San José del Pacífico and would not be making any inroads any time soon. Oh.

Nonetheless, one thing we learned in Mexico is that there’s always a way out. Backpacks firmly back on our shoulders, we exited the Terminal and walked towards the Super Che supermarket, where “suburbanos” depart for Pochutla (a city close to Mazunte) on an regular basis. Luckily, we only had to sweat a couple of minutes until I glanced a “suburbano” with a Pochutla sign attached to its windshield. Although we were nowhere near a bus stop, we hailed it down, inquired if we could hop on to Pochutla, and were swiftly on our way. Easy!

Although the “suburbano” had Pochutla as its destination, we asked the driver to drop us off at a crossroads in Las Cruces de San Antonio, where we only had to wait for a couple of minutes until a “colectivo” (shared taxi or, as in this instance, a custom-made pickup truck with blue tarp roofing and benches in the back) showed up and took us to Mazunte.

As is becoming a trend in our travels through Mexico, our enjoyment of a specific place became deeply connected with the people we were lucky to meet there. In Mazunte, all began and ended with Casa Huijazoo, which we found through Airbnb.

Casa Huijazoo, sitting atop a quiet hill overlooking the gorgeous San Agustinillo beach, is hosted by Iñigo and Alejandra, who immediately made us feel welcome. Iñigo also promptly drew a map of our surroundings, which became rather helpful as we took our first stroll around town. 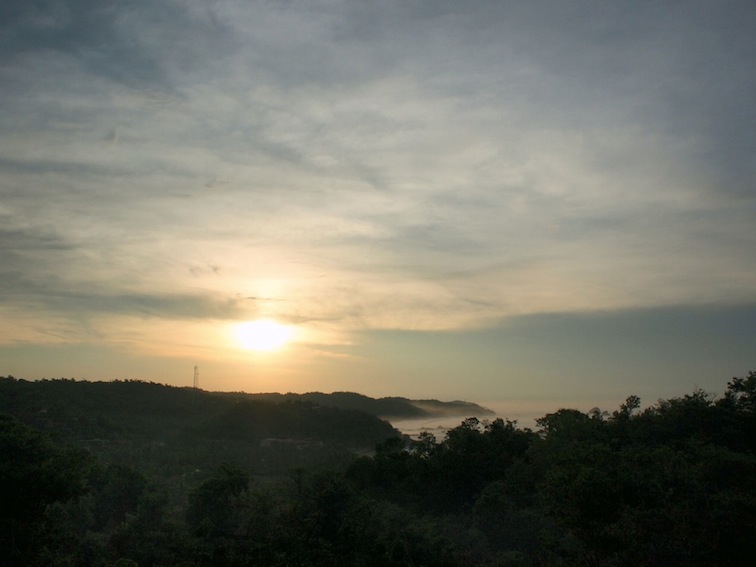 Mazunte has a bit of a reputation as a haven for, well, let’s call it “alternative” lifestyles. There are plenty of flyers stuck in every nook and cranny advertising yoga, meditation retreats, spiritual awakenings and even tantric sexuality workshops. Although there is certainly an element of eccentricity to Mazunte’s atmosphere, we found it surprisingly peaceful and easygoing. 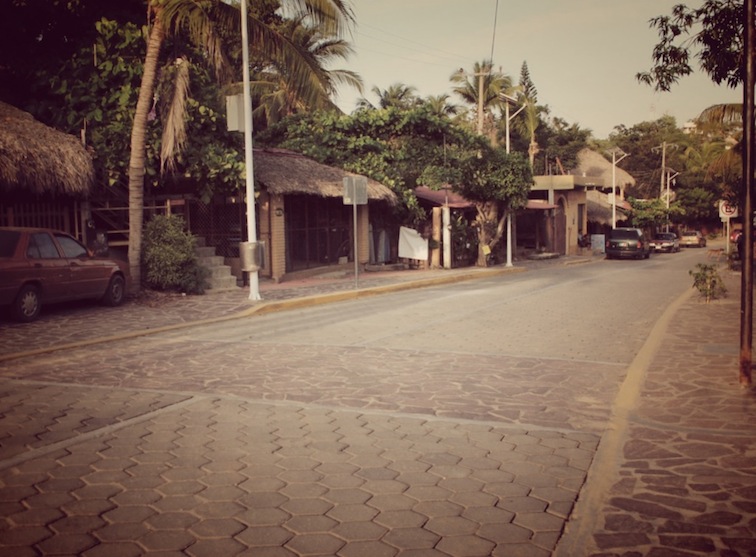 The main road, Paseo del Mazunte, is lined with restaurants, mini-markets and other small commercial ventures, going all the way to neighboring village San Agustinillo, home to a splendid beach embroidered with quaint palapas selling delicious food and refreshments. The route to San Agustinillo is easily done on foot, taking anywhere between 10 to 15 minutes. 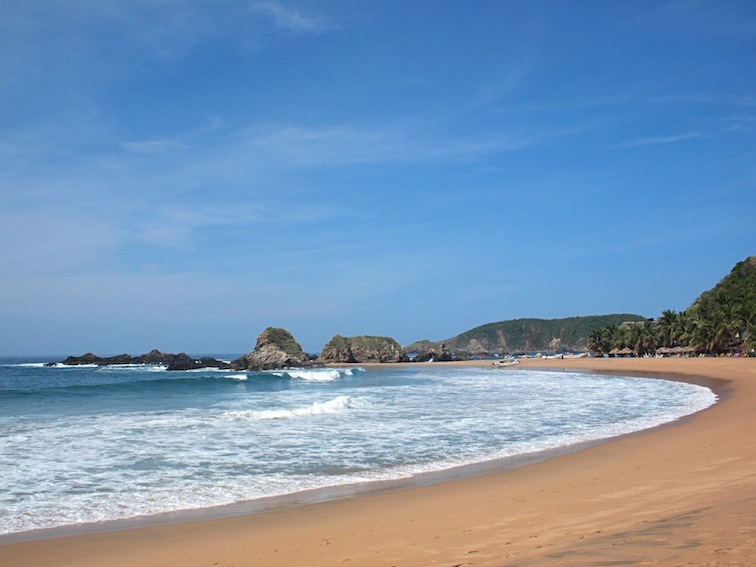 If not led astray by the whiff of the ocean blowing from one of the four side roads leading to the lovely beaches, Paseo del Mazunte holds a couple of worthy stops along the way. One is the Cosmeticos Naturales de Mazunte, selling beauty products, natural bug repellents and even chocolate (there’s always chocolate); the other is the Centro Mexicano de la Tortuga (27 MXN/1.5 EUR entry pp), displaying a large variety of turtles while providing information concerning their life cycle and conservation efforts. 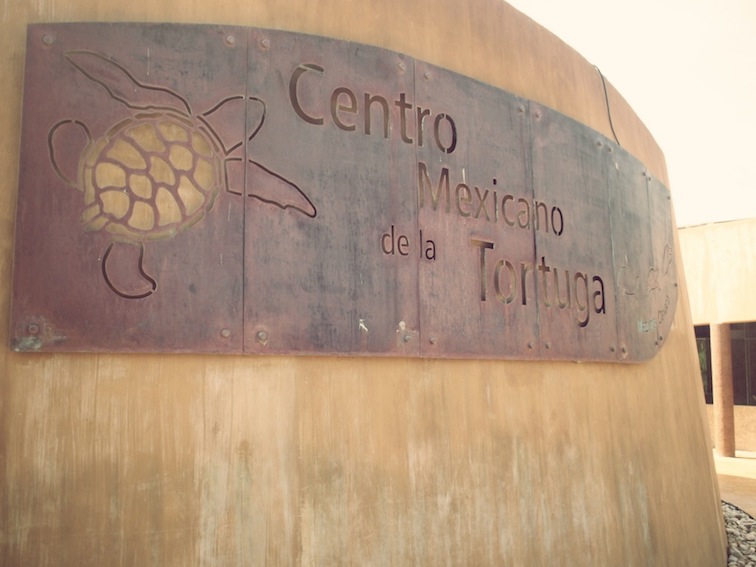 As for the beaches, there are quite a few and they are all stunning.

In Mazunte proper, Rinconcito beach is the best suited for swimming. Its waves are small, somewhat gentle and occasionally teeming with local kids fooling around with bodyboards or any other floating device. One of the local hangouts, called Siddhartha, sits right by the beach, and is quite popular in the evenings. We mostly enjoyed Rinconcito in the late afternoon, as the sun slowly dwindled and more locals made their appearance. Even then, it was never crowded, the only sound more constant than the waves being the hard toc-toc of a distant beach racquetball game. 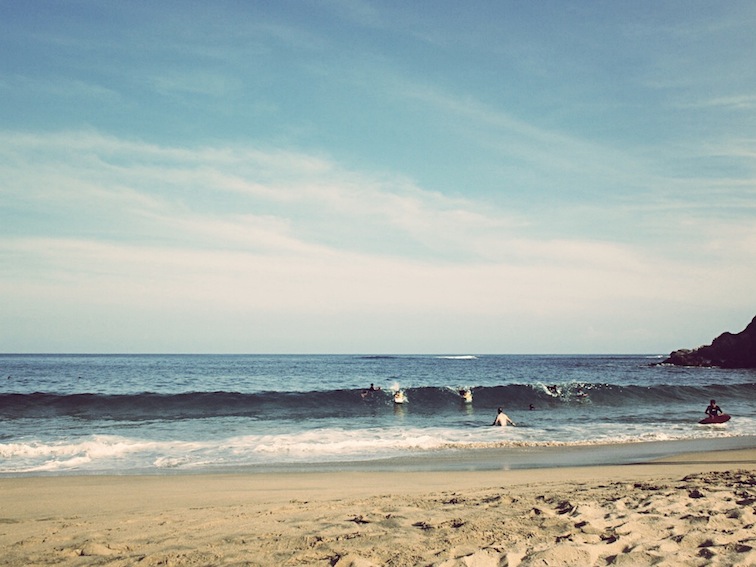 Making waves in the Pacific

During the day, youthful faces would walk the beach selling pastries and bread. We obviously indulged in some chocolate bread – yes, our blood is now 80% dark chocolate. One of the many things we’re loving about the Mexican Pacific coast is that beach touts are scarce and absolutely non-aggressive. Either selling food, drinks or artisanal wares, they make their offers with a smile and leave you alone as soon as a “no, gracias” is uttered. 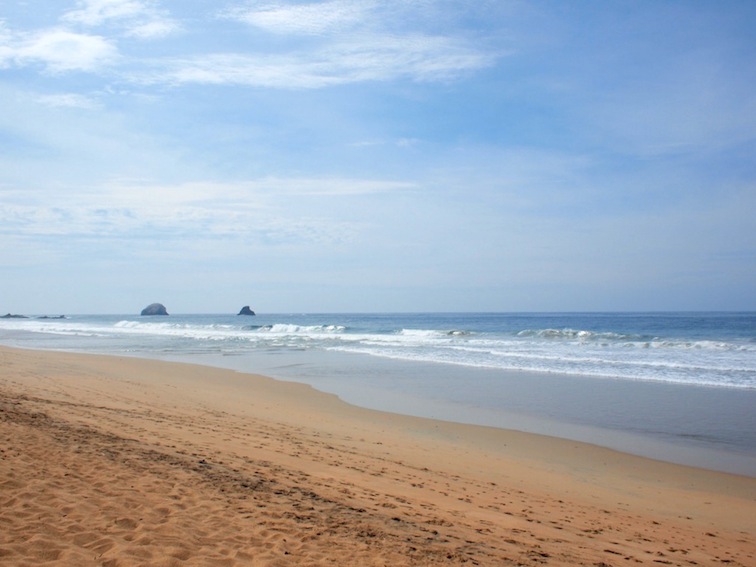 The blue sea of Mazunte

From our nest in Casa Huijazoo, we were ideally situated to benefit from the many charms of Mermejita beach, since it was just a quick walk downhill. It’s one of the most beautiful beaches we have experienced so far. Its mosaic of dark and light sand stretches along a usually deserted shoreline, making it ideal for a reinvigorating morning run or a casual promenade. 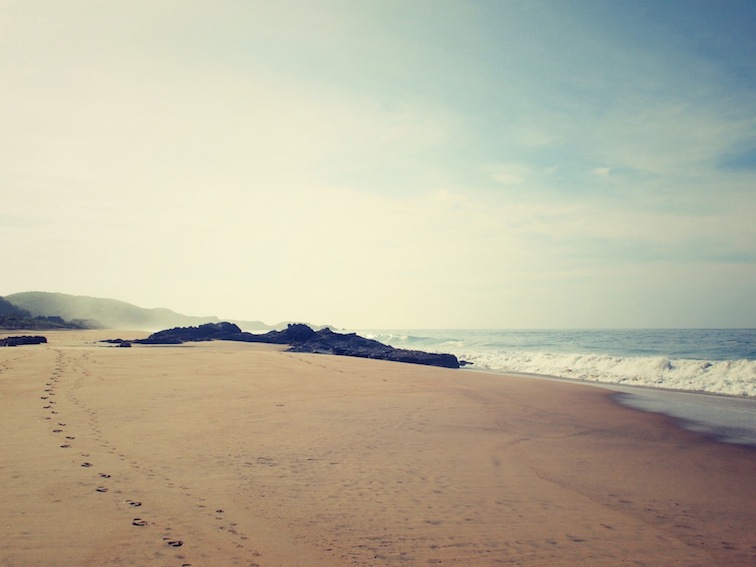 Regarding sunsets and sunrises, Punta Cometa is the place to be. A collection of cliffs jutting gracefully into the Pacific ocean, it offers amazing views of the whole area, not to mention a profound sense of awe.

Apart from some of the most scenic beauty we have seen so far in Mexico, Mazunte also presented us with the best fish tacos we have ever tasted, courtesy of El Rey, a quiet bistro at the beginning of Rinconcito road. It’s a very unassuming place, but serving excellent food. 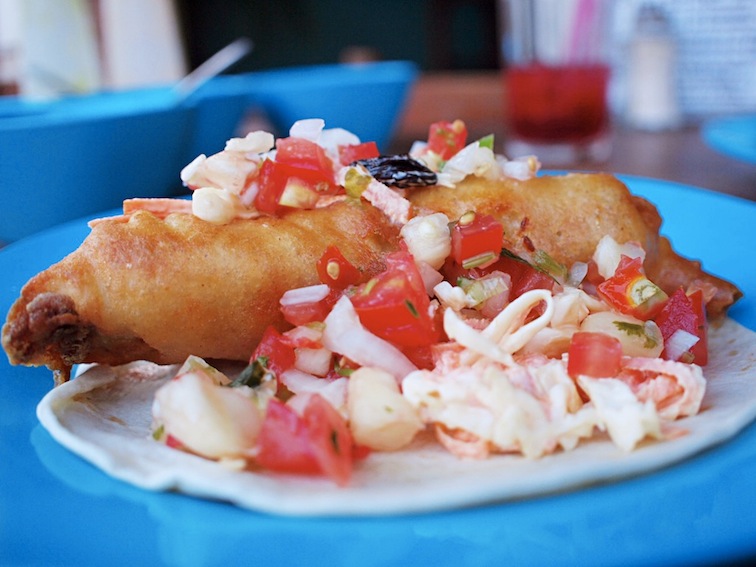 The only regret we have concerning Mazunte is that we didn’t stay longer, to properly enjoy its cozy elegance and Iñigo and Alejandra’s soothing company. After more than a month by the sea in Puerto Escondido, we felt we should be on the move again, to ensure we wouldn’t get too accustomed to the easy allure of the ocean. It was certainly difficult to leave the warm shores of the Pacific, but the road is open and laden with good memories.

Essential tip for visitors: there are no ATMs in Mazunte (for now). To withdraw money, the easiest option is to hop on a “colectivo” to Pochutla. They can be found driving through Paseo del Mazunte during the day, and the trip will cost 20 MXN (approx. 1 EUR) per person return. 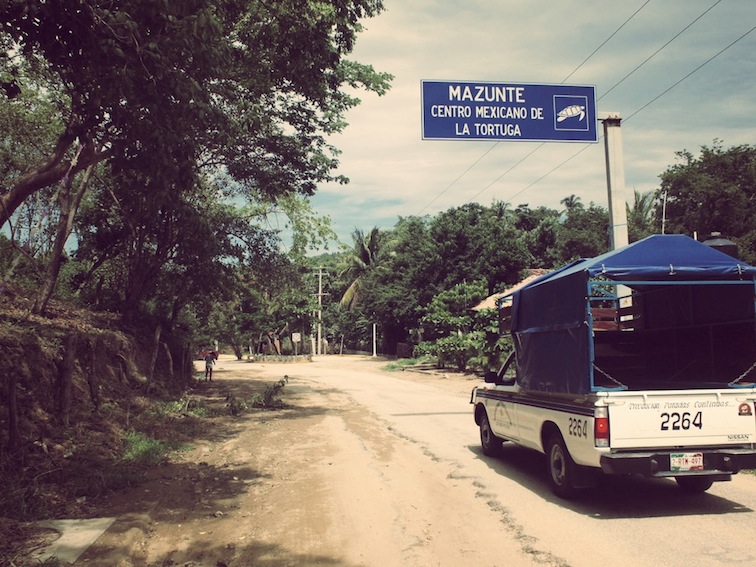