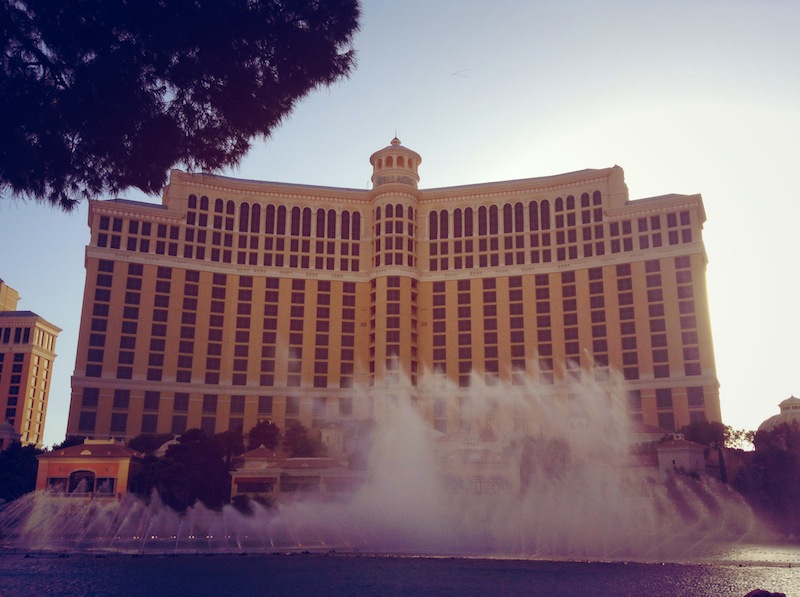 Between the haunting squalor of Death Valley and the vertical behemoths of the Grand Canyon, we took a gamble and visited Las Vegas. Freshly arrived from Toronto, our first encounter with the city took the form of a gusty breath of hot air. As we waited for the airport shuttle to take us into the lighted city, an overhead sign gave readings of current time and temperature: 22 and 35 (Celsius), respectively. Hope they have air-conditioning, we thought. 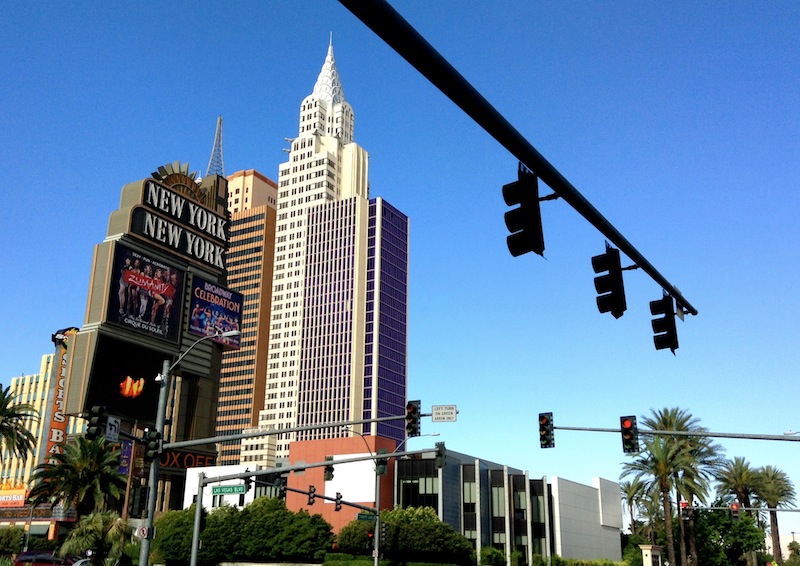 MGM Grand, New York, New York, Excalibur and Paris. These were some of the hotel names at the beginning of the Las Vegas Strip, going North. The world as replica, scattered through a gaudy hallucination in the middle of the desert. Since this was our first time visiting, we decided to splurge a bit and stayed at the Monte Carlo. It’s not as renowned as the Bellagio or Caesar’s Palace, but still flashes all the glitter and fool’s gold many have come to expect from Las Vegas. 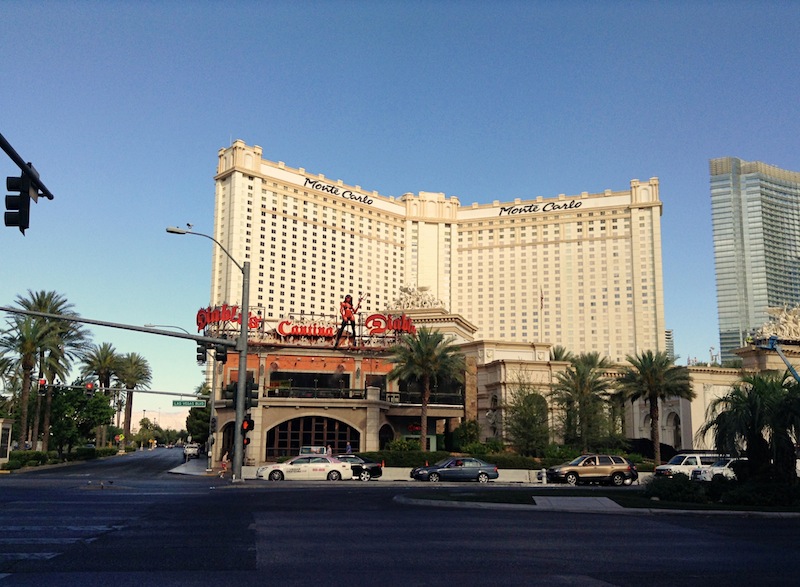 Monte Carlo’s ground floor is an immense maze of cacophonous slot machines, food emporiums, card games, busty cocktail waitresses, sun-drenched but walled outdoor pools, windowless corridors and patterned carpets. We were left entranced by the tawdry opulence, while also feeling absolutely foreign. Our room was high in the silent passages of the concrete beast. From above, away from the Strip, we saw the looming desert, kept at bay by the gleaming urban sprawl.

The sun shines too brightly in Las Vegas. With temperatures reaching the mid 40’s Celsius during daytime, only a few tourists lathered in sunscreen are brave or foolish enough to venture outside their manicured hotels. Even then, the trips are short – usually to one of the attractions lining the Strip, such as the fountain show at the Bellagio or the roller-coaster at New York, New York. 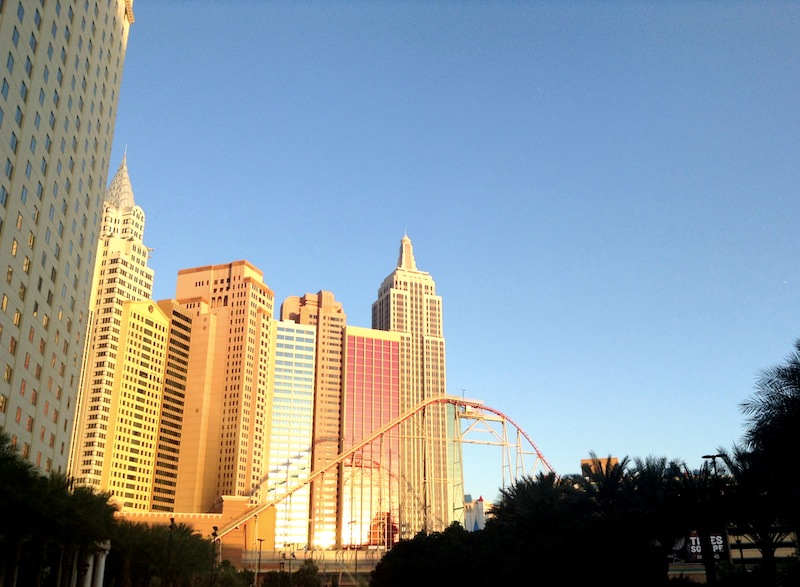 The options for getting rid of your money are seemingly infinite… If not interested in gambling (the ideal route), there’s always the Chippendales, Penn & Teller and Celine Dion, or a myriad other old acts and new tricks, or, most commonly, old acts playing the same old tricks. 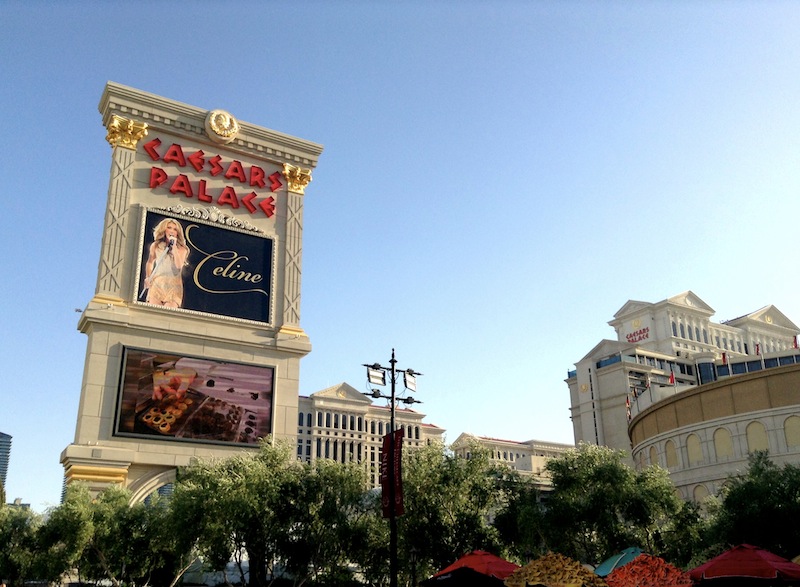 The Strip and the Monte Carlo were neatly fabricated havens sheltered from whatever reality plays out in Las Vegas. It was only at nighttime that a plethora of dilapidated faces hustled assurances of glitzy pleasures and lustful embraces, all for a reasonable price and no questions asked. But even they were mostly inconsequential, a stumbling distraction hardly registered by speedy feet on their way to the next bright light of Vegas. 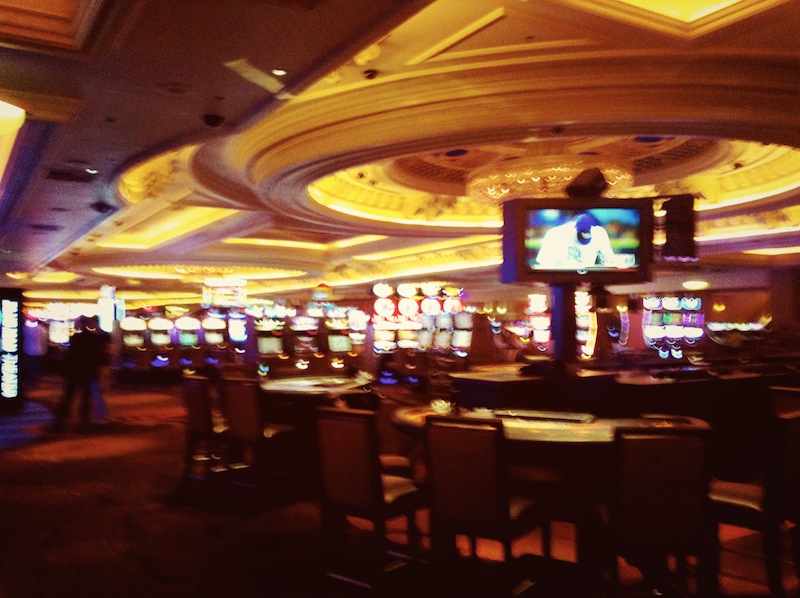 However, on our last stop, just before heading out to Death Valley, we stayed at the El Cortez Hotel & Casino, one of the mainstays of Downtown Las Vegas, operating since 1941. The scenery was much different from the family-friendly fantasy of the Monte Carlo. El Cortez prides itself on being the place “where locals come to play”, and after a few minutes pacing their casino we had to agree. 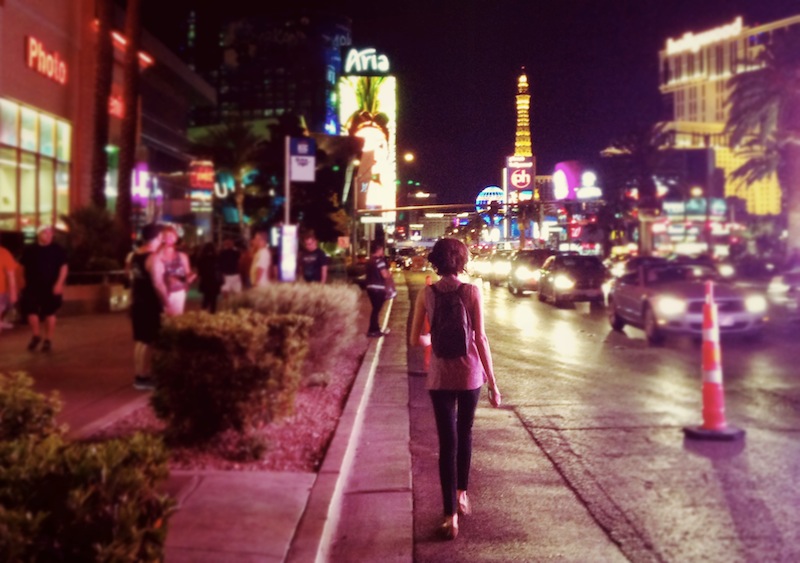 The masks seemed to have fallen at El Cortez. A loss at the slot machines was not taken in holiday cheer like at Monte Carlo, but with resentful grumbles and simmering aggression towards a metal lever or a plastic button. The faces were haggard, the bodies saggy and sad. Security guards were visible and continuously on the move, wrestling infuriated patrons while Frank Sinatra sang the same tune for the millionth time. Time had stopped, but gamblers grew older and fraught, forever made hungry by a lustrous poisoned apple.

We understand Las Vegas should be accepted for what it is, but we left not quite sure of what that’s supposed to be. Is it a glamorized escape for the masses, a gilded playground for the wealthy or an oasis full of thieves? Or something else altogether? We did have fun walking around the Strip and playing blackjack at the Monte Carlo casino, but found it difficult to ignore the seedy underworlds of Sin City, and the lost souls who haunt it day and night, largely hidden from sight but somehow eerily present.

Welcome to Las Vegas? Perhaps, but don’t stay for too long… 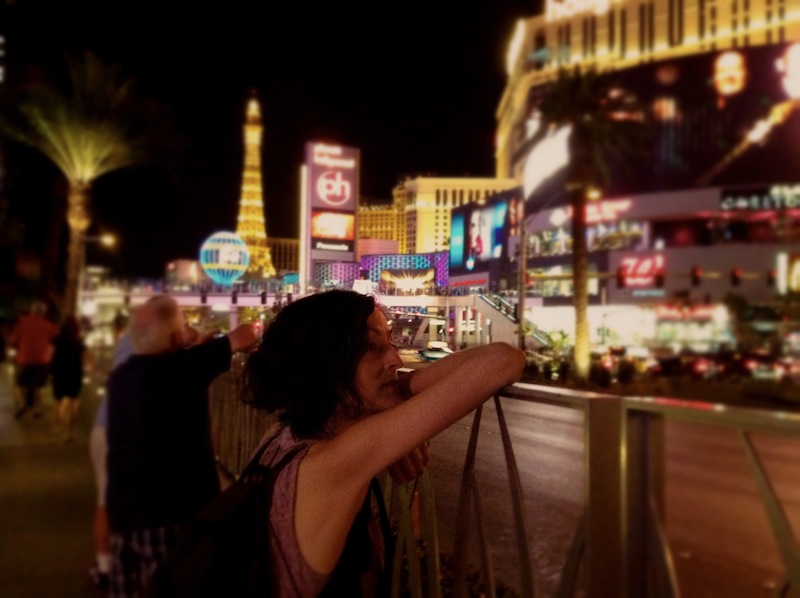