My education has since its inception been directed towards understanding and eventually exploiting the capitalist system to my family’s advantage.

Alas, an unflinching desire to read mostly fiction and a genetic malfunction which imbued my senses with a profound awe for the tiny complexities of human existence has all but dashed any hopes of becoming a serious contender for Mogul of the Year.

Adding insult to injury, a somewhat quiet and bashful countenance combined with a seemingly disinterested attitude towards the opposite sex, further expounded by a blossoming yet already keen interest in gender issues, had the unwilling but much welcomed effect of turning me, at least to familial eyes, into a raging, screeching, devil-may-care but ultimately closeted homosexual.

However, and to their ever-consuming chagrin, orientation has never been nothing if inconsequential to my clumsy pursuit of anything: in the same way I could not be bothered to positively ascertain my heterosexuality (being busy with other, more pressing matters, like staring endlessly at walls), I was unable to follow a straight path to anywhere, kept getting lost in the most familiar places and was the absolutely wrong person to ask for directions.

Although all signs already pointed toward catastrophe, or at least insolvency, no obvious steps were taken to ensure I would kowtow to their not-so-intimate aspirations, or that I would strictly fit into their idea of what a successful businessman should be, i.e. a nondescript creature who wore a suit at all times.

This apparently lax or downright incompetent approach to cultivating a harbinger of riches to come (Medici is not my surname) was based on an abundance of tales concerning the existence of mad geniuses with unkempt hair, hygienically-challenged toenails and facial tics, whose fame and fortune were so great they even neglected to wear a suit. As keenly observed by a bespectacled grandmother, my hair did seem to grow rather wildly.

To provincial eyes, this sole characteristic was enough to secure a wealthy future, meaning that, apart from attaining decent grades at school, everything else was up for grabs, which in turn led to constant asinine queries regarding my academic progress and, much more relevantly, a maddening obsession over my hair.

Never since Samson has such a large structure been jeopardized by such sparse follicles, and we all know how that story ended. All things considered, it was a small price to pay for the freedom I was allowed to enjoy when nobody was looking, which was quite often.

The occasional “How’s school?” followed by a glance at the growing mass of curls slithering down my neck was in their eyes enough to keep me in check, thus providing sufficient solace to all interested parties, who out of mostly laziness had no inclination to doubt the cogency of Project Frankenstino since, according to all gathered data, the boy was doing good… 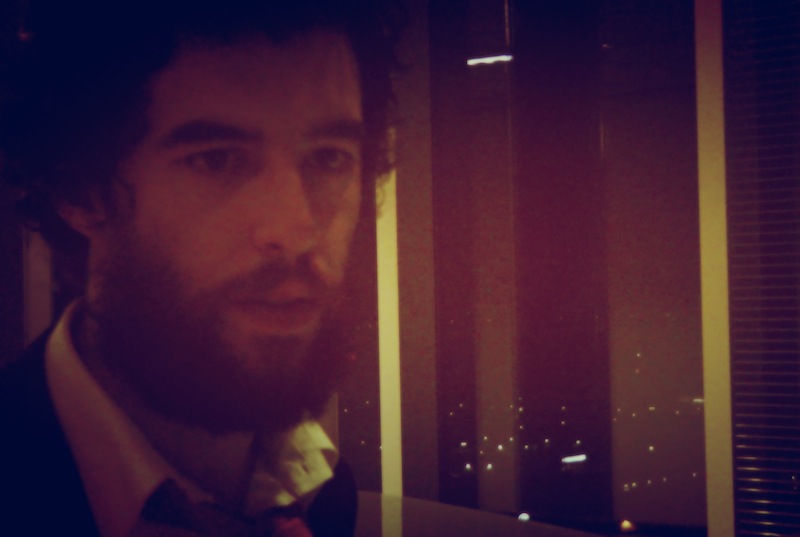 Many years later, the boy is walking the streets of Antigua, Guatemala, wearing one of 5 t-shirts he owns and sporting the grizzled facial hair of a pauper. He still gets lost all the time, still has curls growing untamable on his head, and still continues to pursue a path of his own choosing, riddled with doubt, peculiar corners and riches altogether unfamiliar to most people who have seen him grow.