I am a country dog. By this I do not mean I have a particular fondness for banjos, or that I am a follower of hip-hop trends (where it’s pronounced dawg), or that I am trying to come up with a combination of the two. By country dog I mean I was born in the countryside and all my secrets are buried in dirt.

Our village was small even by minute standards, most of its population remaining firmly underground, sharing worms with all the other skeletons. Nothing much had happened there since the Neanderthals ruled that side of the world, and looking at the locals one would have to wonder if Homo Sapiens Sapiens had ever bothered to visit.

Hearing people wax nostalgic about the cozy simplicity and human warmth permeating the oh-so-quaint country life has never failed to tickle my gag reflex or, during psychologically fragile times, to overwhelm my entire being with an unforgiving urge to drive a pitchfork through their eyes or, lacking appropriate farm utensils, make them live there.

Nevertheless, there were some decent folk – at least, if you believe the stories.

The village people were constant throughout my childhood, comprising fifty or so souls, a number which increased tenfold during the scorching summer holidays, when the foreign chickens came home to gloat. The seasonal immigrant influx provided a much needed distraction, the uncoordinated array of newly-formed babbling accents turning the whole place into a towering Babel inferno. 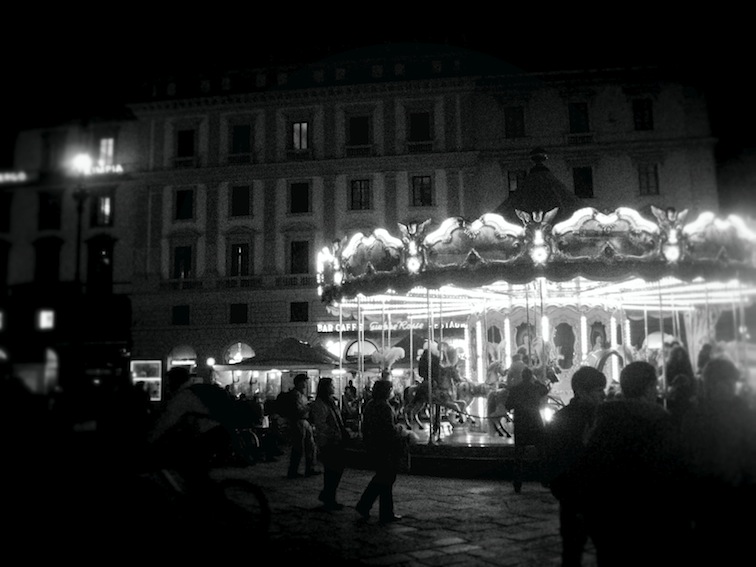 However, no matter how relentless the heat wave, nothing managed to melt the church bells ringing at all hours, a syncopated wall of sound only interrupted by blaring traditional songs whose lyrics veered increasingly to the profane.

It was during those freewheeling summer months I learned the difference of foreign bodies.

Immigrant children were usually taller and more physically developed than us sniveling ragamuffins left behind, a condition the village elders (meaning anyone above 30) attributed to the consumption of yoghurt, a delicacy still a few years away from becoming commonplace in our neck of the woodlands.

For a few weeks a year, my scrawny self would be measured up against paragons of youthful curves and muscles, slender-strong and dairy-filled. Although I cannot say I envied them (though I might have), I did find them most interesting creatures.

Some were just better built versions of us small-town folk (Country Bumpkin 2.0 if you will) but others, a select few, were not only upgraded but almost alien, in their grace if not in their groom, all sinewy bodies smiling through sweet festivities and fireworks cracking. Their natural ease and the charm with which they accepted our childish curiosity tinged with tiny specks of devotion would turn the desolate world of our small group of misfits upside down.

The summertime arrival of foreign boys would upend the gender strata, since our local girls would soon swoon over their tongue-in-cheek allure and tales of different altitudes, platitudes savored with relish by eager teens bored by the landlocked opposite sex, i.e. me and my crew.

Initially, the native male hierarchy saw these milky-eyed Lotharios as threats. After a few days though, both male and female were enthralled beyond redemption at the sight of these sons of the yoghurt gods. What else could we do? They were lovely and had (mostly French) accents; we had dead bugs in our pockets and lint in our hair. The ragged children of the mashed potato were powerless against a charming onslaught of joie-de-vivre built on delicate consumption of steaming croissants.

While I harbored only mild interest in their doings and perspiring undoings with our local girls, their stories kept me coming for more, since they all lived in capital cities or environs, mysterious-sounding places with fantastical structures and sprawling streets with no goats grazing – in my mind, havens of everything luxurious and decadently cosmopolitan. Of course, I had no idea what “cosmopolitan” was supposed to be or mean, but I’d read somewhere it was a good thing.

The sons and daughters of the yoghurt gods had many tales to share, but the ones I listened to more intently were those dealing with their distant lands and all the strange things therein. In my own way, I was Rustichello da Pisa, eagerly noting down all the fantastical adventures of Marco Polo.