Greenland is a notorious misnomer. Most of its territory is full of white ice, and all of it is cold as snow. It is a dead place, inhospitable to humans or any other creature not completely attuned to freezing winds and absence of foliage.

Whenever flying with Icelandair, either visiting blue lagoons in Iceland or, most commonly, as a relatively cheap way to fly to New York and quickly devour some Skyr, we have been fortunate enough to have clear skies over Greenland. 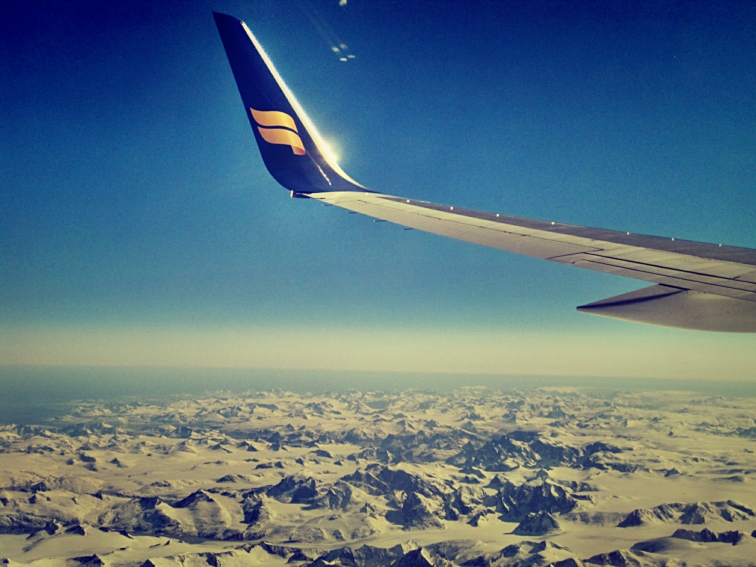 From the air, the sudden appearance of white dots lost in the dark ocean blue signals the approaching borders of a mythical land. At first, they appear to be scattered petals in a changeless pond. Slowly they grow in size and quantity, until they cannot be mistaken for anything else than titanic icebergs. Soon enough, the sea is swallowed by white peaks thrusting upwards, scarred with black.

What earth is this, full of lifeless grace? Are we mere driftwood, ambling weightless on the moon? There is nothing like nothingness to awaken a desire to wax poetic, but there are practicalities to consider. After all, there are people living in this most desolate of landscapes. Most are located in the southern coast, within the 5 percent of Greenland which is habitable. The population, largely Inuit, toils away summerless and predominantly unvisited. 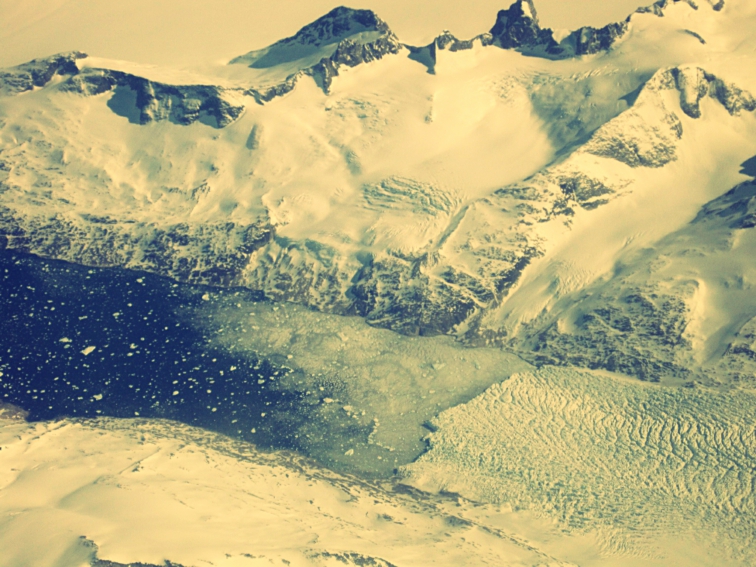 High above, we continue westward, away from the Arctic Circle and back into clouded skies. Our last glimpse is of glaciers, melting to powdered specks of white, immense and mysteriously beautiful, like death.

One day, I’d like to visit Greenland and touch the snow with warm hands.