When we set out into the world at large back in May 2013, Plan A was to reach the southern tip of the American continent in a year or so. Plan B, to be put to use if money ran out before our goal was reached or if some random catastrophe befell us, was to return to the rain and beauty of Amsterdam, our borrowed home of many years.

Alas, following a heavily choreographed dash through the North-American west, we arrived in Mexico. According to Plan A, we would cruise through Mexico in a month, maybe two tops. Five months and a lot of quesadillas later, we were finally crossing the border towards Guatemala. Damn you, Mexico!

Following our first strategical fiasco, we decided to try our best and stick to what was now Plan C. So, Guatemala – check out a few sights, try to discern any particular linguistic/cultural characteristics, learn some history, try a bit of food, eventually head out to Belize/El Salvador/Honduras and hopefully still reach Tierra del Fuego before entering old age. Well, that was the plan anyway…

It’s now been more than a year since we hit the road and we’ve already used up all the letters of the alphabet. Currently, I think we’re on Plan ZE. Lady Luck has been quite fickle with us, so we’ve had to constantly postpone any adventurous urges, leaving us stranded in Guatemala for far longer than we ever thought possible.

Nonetheless, the silver lining is that Guatemala is ridiculously gorgeous. Although we’ve only had glimpses of its highlands and Caribbean coast, leaving most of the country still undiscovered, there’s no denying we’ve greatly enjoyed what we’ve seen so far. Hence, as a sort of celebration of our travels in Guatemala, we went through the old digital chest and selected a few photos to help us display our infatuation with this fascinating country. To brighten things up a bit, we played around with a couple of buttons and turned them into a very personal selection of postcards from Guatemala.

We hope you enjoy them and, most importantly, find them appealing enough to come and visit!

Our introduction to Guatemala came courtesy of the quirky town of Panajachel. It was there we first experienced the colors and smells of a new country we knew little about. We soon became familiar with its streets and charismatic faces, learning much from our strolls along its markets and multicolored stalls. It was also in Panajachel we first learned of the rich Guatemalan weaving tradition, which we would later encounter in other areas of the country. 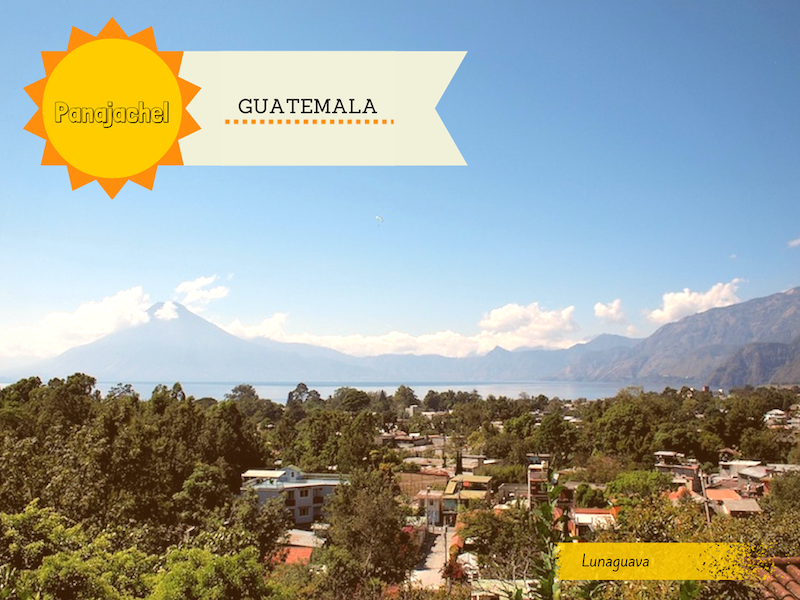 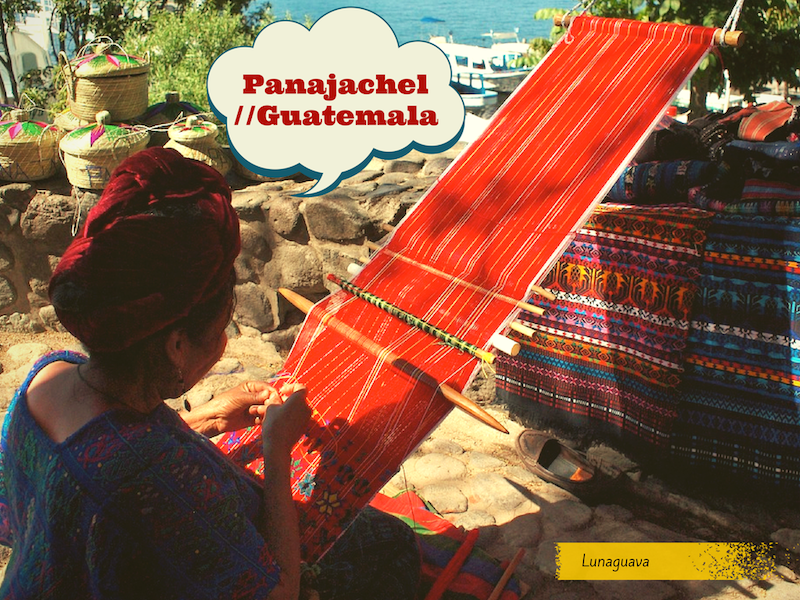 There’s not much we can say about Lake Atitlán that we haven’t said before. It’s supremely beautiful, wild and undoubtedly mesmerizing. At the end of our two months by its shores, we were still enthralled by its unique energy and the fluid patterns drawn by the recurring Xocomil winds. We think of it often, and are happy we’re less than an hour away from its embrace. 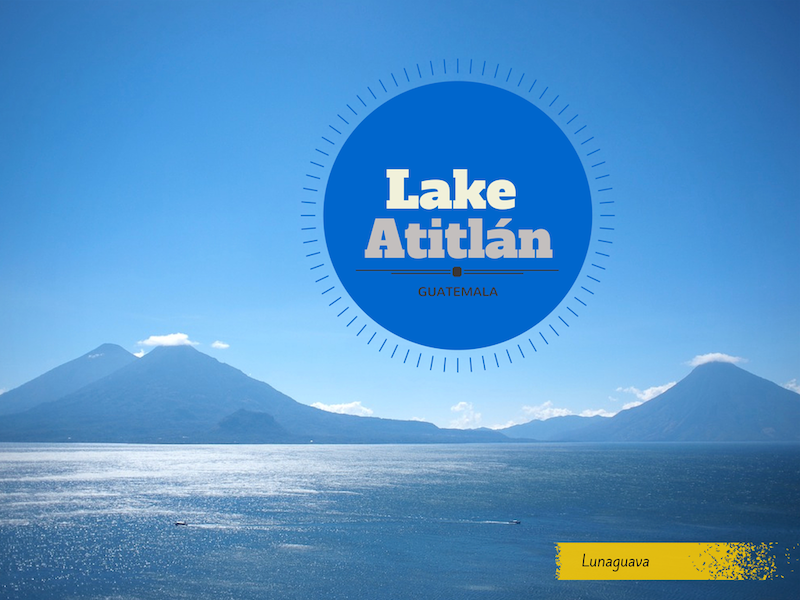 When living in Panajachel, in full view of Lake Atitlán, we took the opportunity to visit a few of the charming villages surrounding the mystical lake. Our tour of the Atitlán villages remains a highlight of our mad journey, and is recommended to anyone wishing to know a bit more about the stunning diversity of the lake and its people. 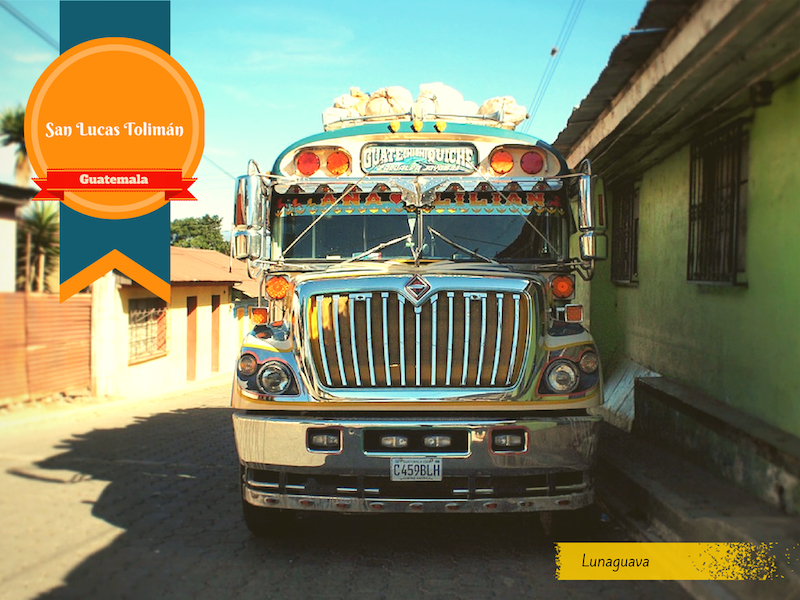 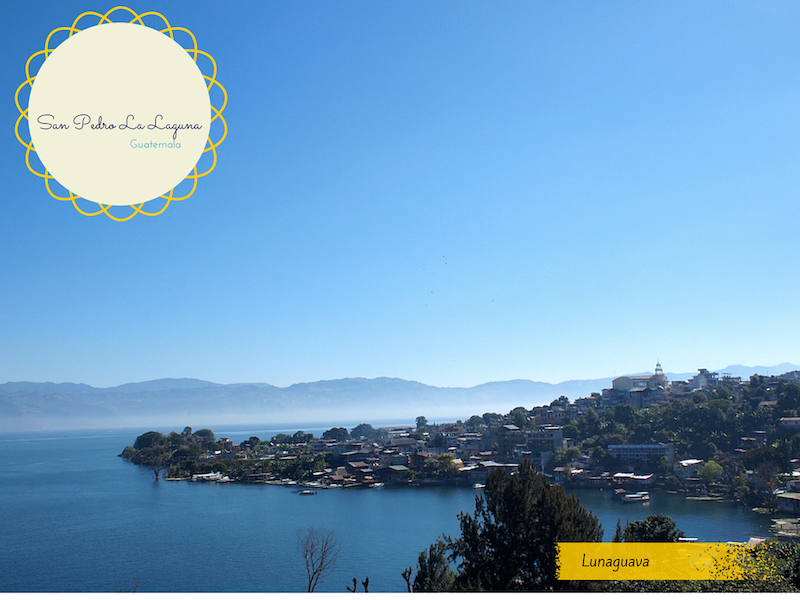 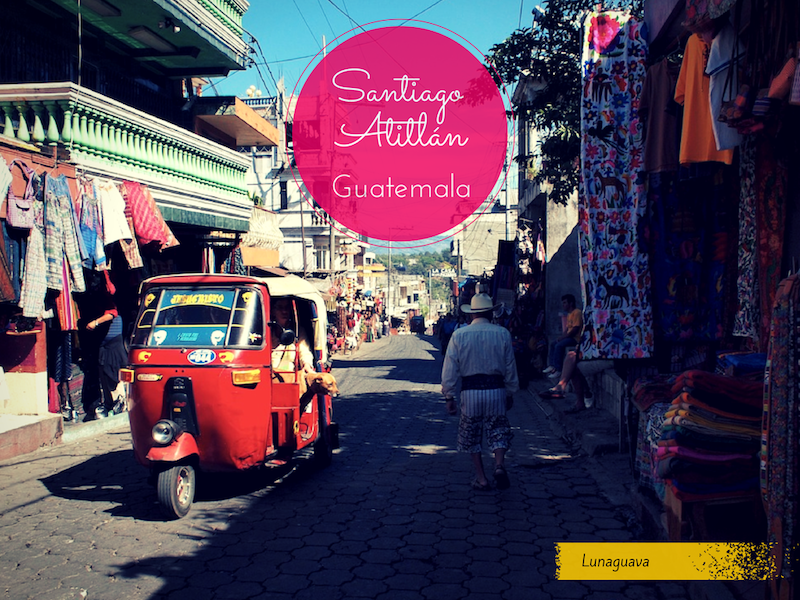 We’ve had to visit Guatemala City a few times, sometimes by story-filled shuttle, others by chicken bus, and once even by rental car. On every occasion we have been surprised not only by its chaotic atmosphere but also by the friendliness of its inhabitants. It’s the most populous capital of Central America, a statistic evident at every corner, but we found it full of interesting history and with much to offer those willing to take a chance. 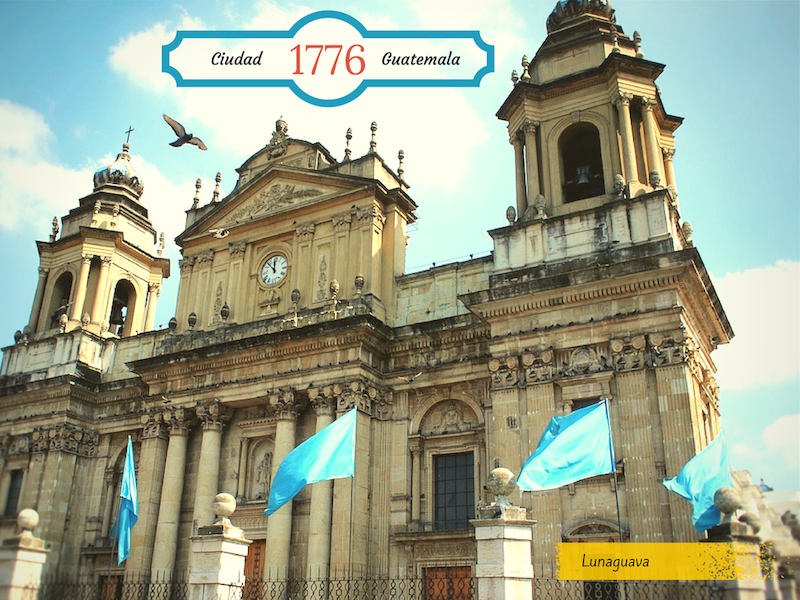 The market of Chichicastenango is an obligatory stop on most visitors’ itinerary in Guatemala. Its busiest days are Thursdays and Sundays, when hordes of tourists descend upon the small town and scatter along the rainbow corridors of the traditional market. We visited on a Sunday, and left dizzy yet brimming with the recollection of musky smells and vibrant colors. 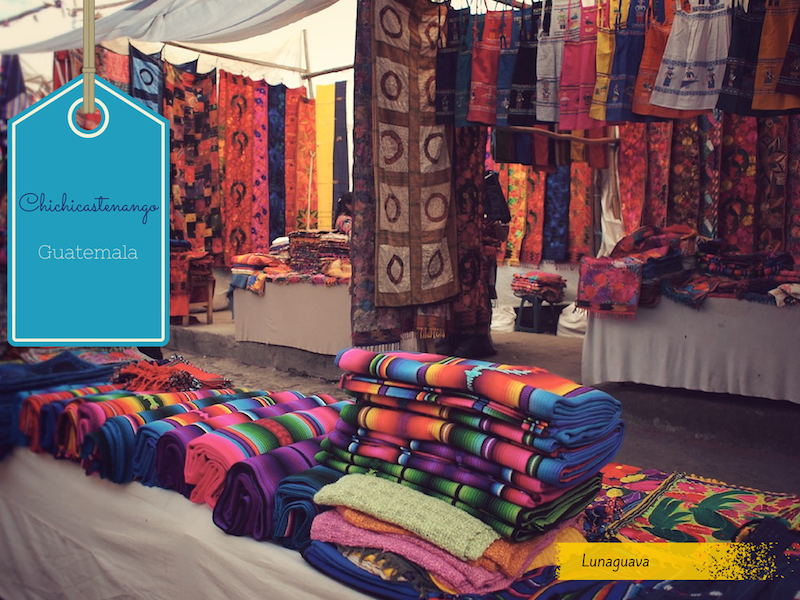 We arrived in Antigua Guatemala with no expectations. We knew it was popular with travelers and famous for its colonial architecture, much like Oaxaca or San Cristóbal de las Casas back in Mexico. Once settled into its ruins, we couldn’t help but fall in love with it. It’s been quite a few months since we’ve first called it home, and it will remain so for a while. Although we don’t know when we’ll leave its cobblestone streets, we can already guarantee we’ll one day miss walking through them, glancing repeatedly at the majestic presence of the Volcán de Agua. 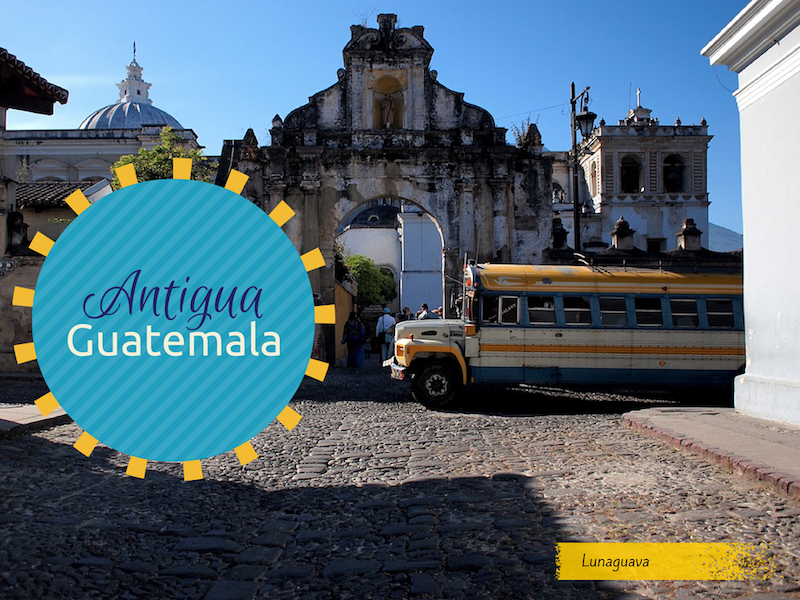 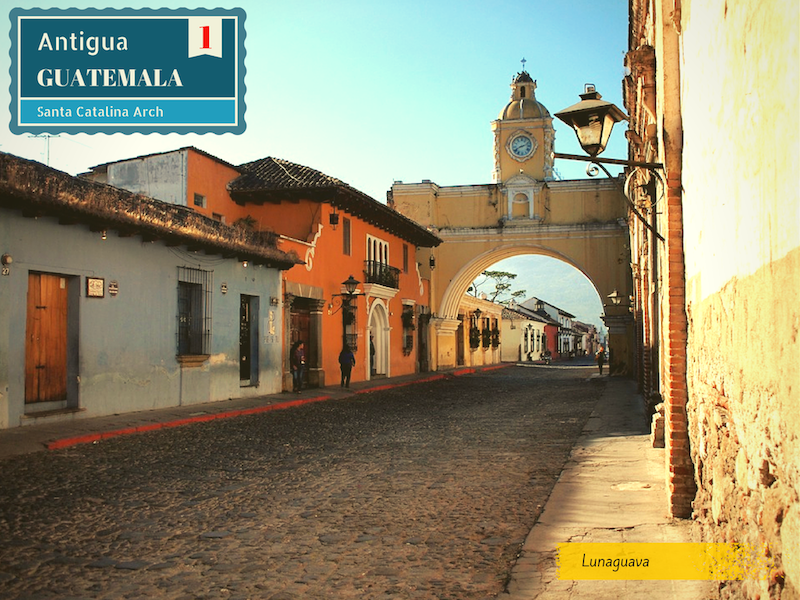 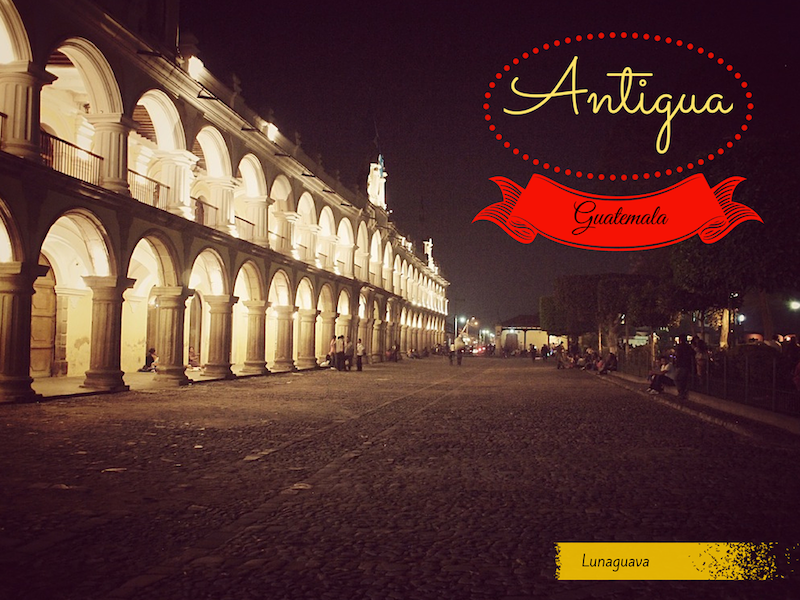 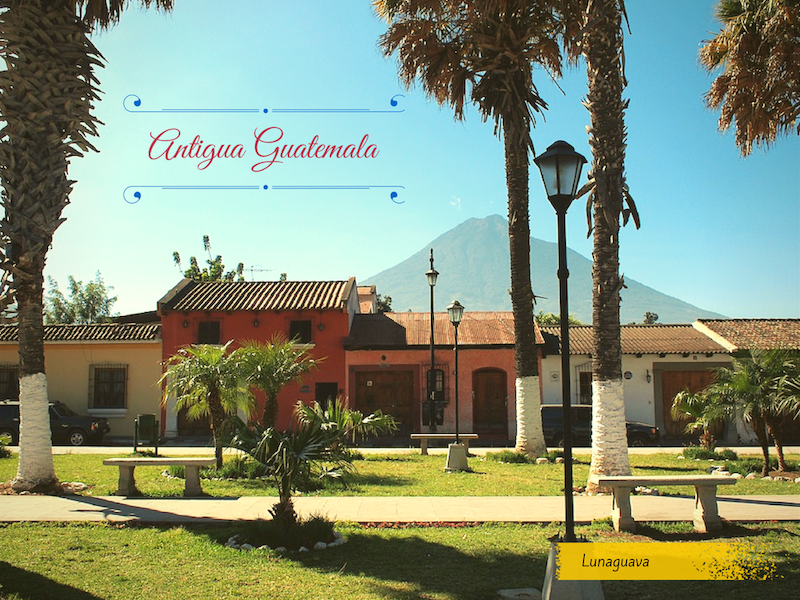 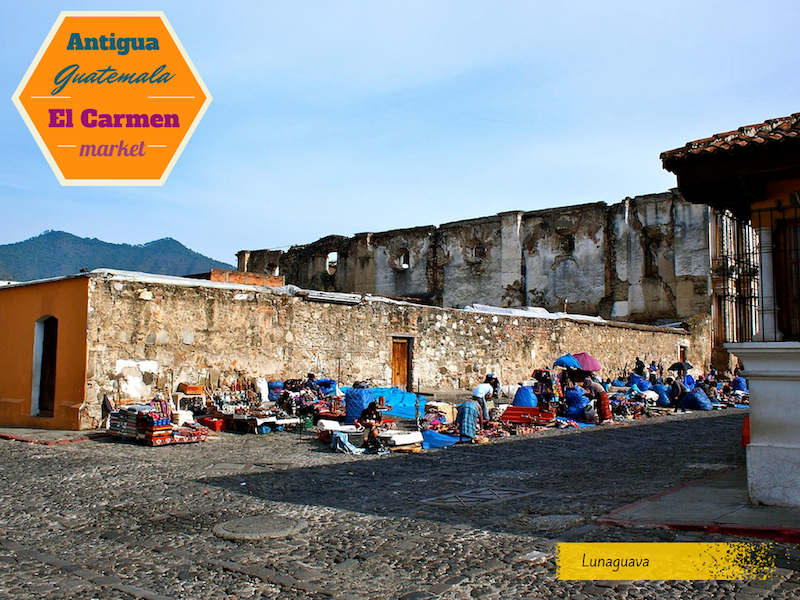 A visit to Antigua Guatemala is usually accompanied by a trek up some volcano or other. Pacaya is one of the most prominent climbs in Guatemala, so it comes as no surprise we hopped on the volcanic trail and joined the tourist crowds sweating and freezing for a couple of hours just so we could have marshmallows heated by lava. Worth it! 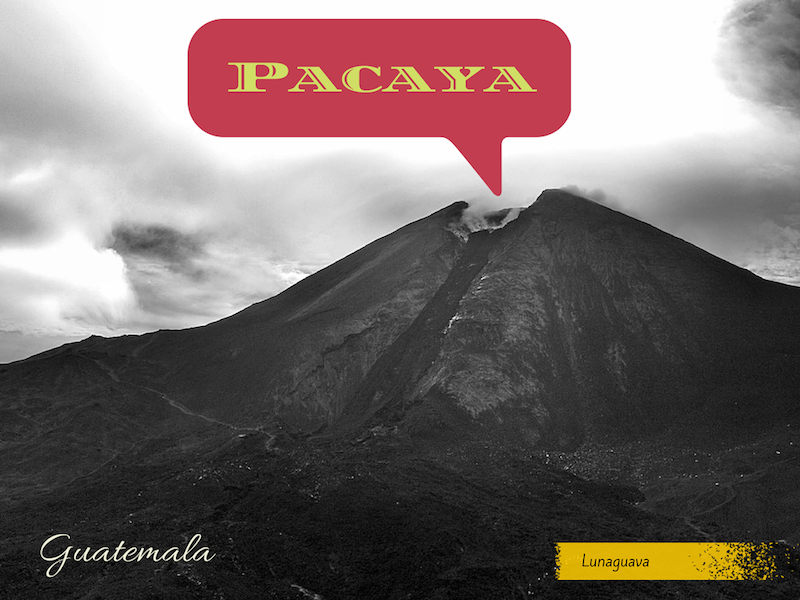 Far off in the distance, tucked away between Belize and Honduras, lies the tiny enclave of Livingtson, home to the Garifuna people, the Caribbean sea and astoundingly delicious pizzas – not to mention the seafood extravaganza that is the Tapado, a typical Garifuna dish made from the sweet loins of the ocean (or something; whatever it is, it’s delicious). However, the most striking feature of Livingston is its dramatic landscape, reminiscent of something out of Conrad’s Heart of Darkness and utterly unlike anything we had experienced in Guatemala. It’s a whole new world, fit only for the brave and foolhardy. 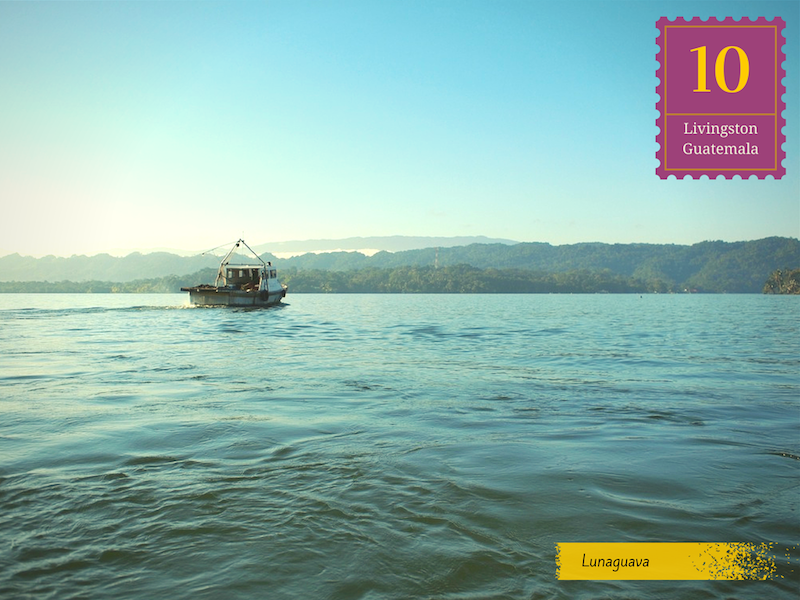 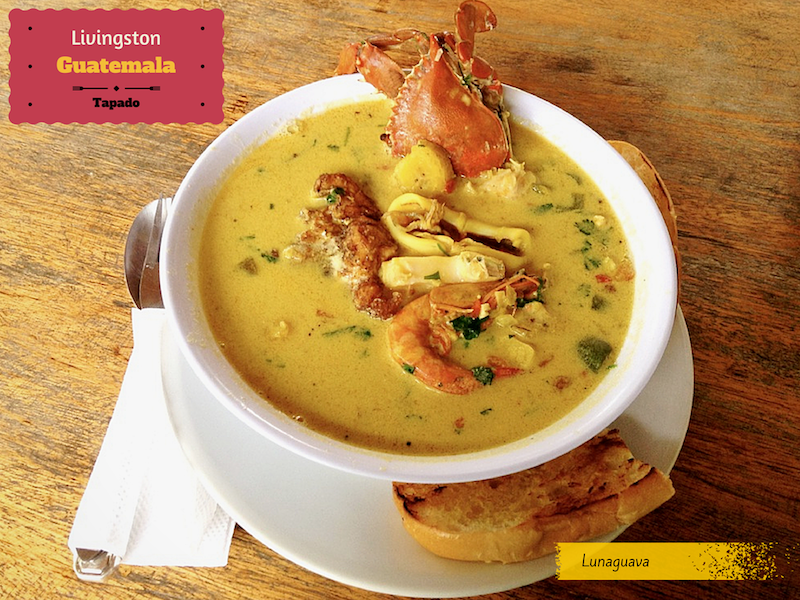 Thus concludes our small selection of postcards from Guatemala. Although we’ve been here for what feels like a long time, we’ve only managed to scratch the surface of a big, troubled and magnificently diverse country. We can only hope we get the chance to discover other areas of Guatemala and continue to enjoy its landscape and people until we are ready to move on – whenever that may be.