Fate. Love. Luck. Our lives seem to be defined by four-letter words, until we die and five letters show up to close the curtains.

Growing up in what I’ve come to affectionately call “Shitville”, I was surrounded by farm animals of varying intellect and people of exactly the same shape and color. Empty of contact with the outside world apart from seasonal immigrants and equipped with a personal library comprised of one edition of Donald Duck and a moldy encyclopedia in 20 volumes nobody dared open, it is no wonder television was my most devout companion.

However, this being Southern Europe in the 1980’s, television seemed stuck back in time – somewhere between the Napoleonic Wars and the invention of glitter lipstick.

We had two channels to choose from, both state-owned and both drearily dull. A ray of light shone on occasion, courtesy of a saucy film shown late Wednesday or Friday nights, which nobody admitted watching but was thoroughly discussed the next day or following weeks, depending on how much nudity was displayed. Programming would end at midnight, when the screen would be filled with static and our ears with the national anthem.

Happiness was a satellite dish.

Alas, I did not have one nor knew anyone who did. Well, I knew someone who knew someone, but that did not get me any closer to actually watching anything new. One and two: those were the buttons I pressed, day in and day out…

Until, that is, everything changed, as it sometimes does. Out of the green of the surrounding hills, where a metal red antenna stood tall and forbidding, a powerful signal shot straight to our own skinny antenna, creating not a single spark but considerably brightening my life.

It was a muted affair, and one I would not have been made aware of if not so fidgety with my young fingers. You see, I lied before. I did not press only buttons one and two; I pressed them all, continuously, in the stupid hope I could turn static into life-like motion by pure force of will.

Imagine my surprise when one day, boredom oozing from my fingers, I pressed three and… light! People! Cars! Cities! Vibrant colors! Bewildering languages! I sat mesmerized. It defied belief – how could there be something when before there was nothing? And why now? Wait, had father bought a satellite dish? Why wasn’t I informed of this?

Still dazed, I ran outside to look for signs of a brand new satellite dish sprouting majestically from our rooftop. I searched once, ran around the house twice, took a spin through higher ground for perspective and… nothing. Just the same old antenna, a thick wire of gray atop a black-tiled rooftop. My world felt warped. I couldn’t grasp what was happening and felt dizzy if I tried. It was like winning the lottery without buying a ticket.

Increasingly breathless and becoming slightly paranoid, I went back in. With trembling fingers I pressed four. More light! Immediately five. Light! Six: light! Seven light! I stopped at fourteen. Fifteen had reliable static glaring. There were twelve more channels available in my television. My very own apostles, spreading the world, at my service by the flick of a finger…

A lot of what I watched was perhaps unsuitable for young eyes, but beauty is permanently shrouded in danger. Not understanding what was on display became part of the charm and, most importantly, the mystery. There was adventure, yes, but also mad love and ghosts in old wells and singing detectives and frenetic yet melancholic cartoons hailing from distant corners of the planet. Also, there was language.

A child’s brain is a glorious sponge, picking up knowledge at vertiginous speeds. I had already been introduced to the English language through the odd film or series, but the presence of subtitles helped diffuse its impact – a child’s brain is also lazy. At least, mine definitely was…

It was only when watching the new batch of non-subtitled English, French or Italian movies that I began to unconsciously process all these new languages. After a few months on a strict cinematic diet, I realized I could understand what people were saying without the aid of subtitles.

There were many languages flying around my head, but English was the first one to truly stick. The reason? Most of the movies I liked were in English – from Hollywood extravaganzas to pet kestrels and the utterly depressing British landscape. Next was French (they had the most beautiful women) and finally Italian (they had the best laughs). The Germans had horrendously tacky television (yes, even for a 5-year-old), so not even the sporadic cinematic pearl (Herzog’s Aguirre left a lasting impression) was enough to make me learn German.

I studied French later in high school and throughout my university years, and have continued to enjoy an on/off relationship with it, whereas Italian springs up whenever I’m in Italy. The years have taken its toll though, so my Italian is rustier than an old Dutch bicycle. English, on the other hand, is still the language I usually speak in my dreams.

I never knew who it was, that analog Robin Hood of my youth, braving the heights of the red antenna upon the hill, tweaking and turning, sweating so a lucky few cold have access to the endless riches usually only available to the wealthy fewer. Whomever he was, I have never stopped thanking him in my sleep – in every language I know. 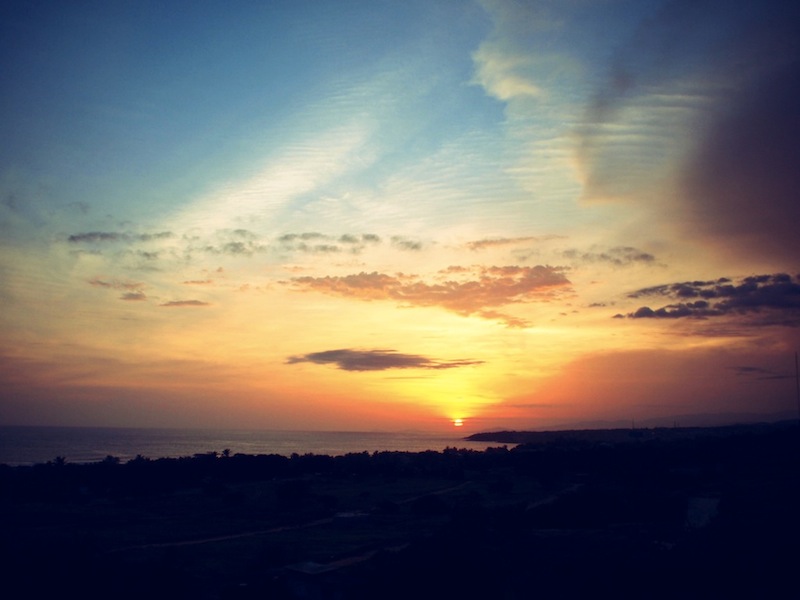