There is something about August. It shimmies between the roughest and the sweetest time of year, careless yet definite. Rooted in sultry Roman ancestry, it has now become suffused with the immateriality of teenage magazines and wrinkled feet hidden in the sand. It signals the pinnacle of the silly season, where the trivial swamps the already irrelevant, conversations turn increasingly mellow and bandy beaches beckon the trodden working masses, to sweat it out and forget.

In the northern hemisphere, where my bones were built, August is also the summer’s epilogue.

Up until I was 6, summer was heat. It was also indeterminate and long, lasting anywhere between a few months and a whole lifetime. The seasons were still reliable, coming and going with precise regularity – minus a couple of oddities, which would be told and retold as the sun gave way to the moon, until ushered into darkened corners of kitchens with pots stirring. The cuckoo would sing Spring, and I knew it would only be a short distance to the shedding of clothes by the river’s border, where unfettered youth would bloom into endless hours of glinting bodies swimming. I remember scalding rocks, arms waving in hypothetical flight, and green grass slithering into the water’s edge. Those were days of raucous agility, of weeks lasting centuries, of stifling nights never-ending; of memories formed, to remain indelible. Later, as leaves folded and crumpled, those moments would be savored by mouths feeding on wild blackberries, a gift of dwindling days thickened with morning dew.

School, once entered, meant time divided. Summer was no longer a progression but an absence: of teachers, homework and chalk-inspired sneezes, but also of regular friends, some belonging to other lands and differing hardships. A new year would then begin in September, heralding mostly used books, familiar faces and the continuously dashed hopes of encountering a somewhat less standardized curriculum. As autumn fell, brushing our hands with soot on St. Martin’s Day, we huddled in anticipation of winter, foretokening frosted fingers and misty-eyed dawns. Life would go on, ideas would be born, games would be played, scarfs would lay tightly wrapped around shivering necks – that is, until the cuckoo sang. Spring, once flowered, meant a radiant mess.

The first months of summer were experiments in privileged individuality. Parents were still working, cursing the hot weather while longing for an hour’s lull. Us kids would rise to the occasion, expecting unsupervised exploration would lead to lost treasures found. Those without a heavy load of chores could finally see the world and explore the sights, setting out on shaded trails in search of creeks, crevices and hollow logs. We learned much, sweated repeatedly, feared little.

However, by the time August approached a desolate routine would have already swept across our land. The initial freedom of open afternoons eventually bred boredom, leading to days spent killing time, punctuated by petty cruelties and bruises. The earth was soon in the doldrums.

To the rescue came, of all people, our parents. The lucky ones who could afford a respite from their toil would grab thin wrists, change soiled rags into immaculate shirts, push a hat down newly-groomed skulls, and finally head out to sea, all aboard a small car packed to the brim with gigantic umbrellas, colored buckets, tents, towels and enough food to outlast a zombie apocalypse. 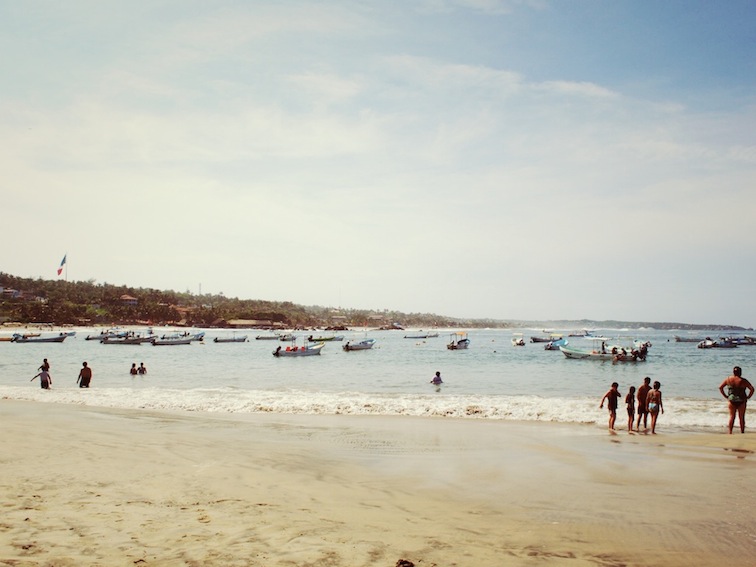 Gatherings by the sea

The driver’s door on our white Citroën 2CV was held in place by rope, tied in a sailor’s noose. This meant my father had to enter and exit the car through the passenger seat. Once, after hitting a deep pothole, he was left with a detached wheel in his hands, swerving wildly in the air, unknowingly mimicking what I had been doing in the backseat. I have no memory of us crashing.

At the camping sites, our disheveled vehicle (aka death trap) would shrink under the glow of shiny large caravans, to my young eyes the epitome of luxury and sophisticated travel. I was nonetheless content with the uncertainty of our transportation, comfortable in the assumption I wouldn’t be to blame for any catastrophe.

The ramshackle nature of our trips only added to their allure. Nothing could be taken for granted, except the scorching sun and the numbing coldness of the Atlantic. Father was a social animal if there ever was one, making friends with the breathlessness of a 7-year-old, whereas I, the actual 7-year-old, would scamper to a corner and survey the brood before making an informed decision. If there was a book lying around, a decision would probably be delayed – time was on my side. After a couple of days, any shape of parental guidance would melt by the sea, its languid weight bobbing during mealtimes and in the evenings.

The status quo was thus: women would cook throughout most of the day, men would engage in shaded conversation and get progressively tipsy on the scent of pine (that’s what I was told), kids would run about wreaking havoc or disappear along the shoreline, adolescents would practice the art of surreptitious peregrination, usually returning to the fold in a permanent state of blush. On particularly auspicious days, the whole retinue left for the beach, dragging chairs, towels and sunblock – and food galore. For all its closeness, the sea remained something of a mirage for us young folk. Stern warnings abounded on not getting into the rustled water unsupervised and/or with any food on our stomachs. This meant, for all practical purposes, that we could not swim like we did in river playgrounds, ensuring a constant barrage of “Can I just wet my feet?” directed at any human being taller than us. When conditions were optimal (grown-ups on beach [albeit dozing off], last meal 3 hours ago, no strong winds, minor planets aligned), a wave of glee would swell along young bodies, sending us into a frenzy of splashes and giggles, until lips turned purple and pruney fingers tired of fighting currents.

The world turned slowly then.

Eventually, August would vanish, taking with it new friendships, foreign smells, the beach. The adult world exchanged telephone numbers or addresses, adolescents cried and swore salty tales of love and youth, us kids would tip our hats, settle pending marble scores and wave goodbye, confident of a reunion the following year. We were still unaware of the malleability of things. This changed as we grew older and became acquainted with holiday heart syndrome, which I once misunderstood as heartbreak. But no, not broken – just irregular.

August brought the end of blue summers, road trips and tanned features. There are other tales belonging to that hallowed month, back in our besieged backyards, but I remember the times by the sea most vividly. They haunt me still, those glimpses of lives forgotten. Even now, arms bracing the Pacific in Puerto Escondido, I am surrounded by scattered mementos of a time, a place, an unblemished face long gone. No matter how many people gather or how loud the music plays, August will always be lonely – an abandoned afterword, both tender and cruel. 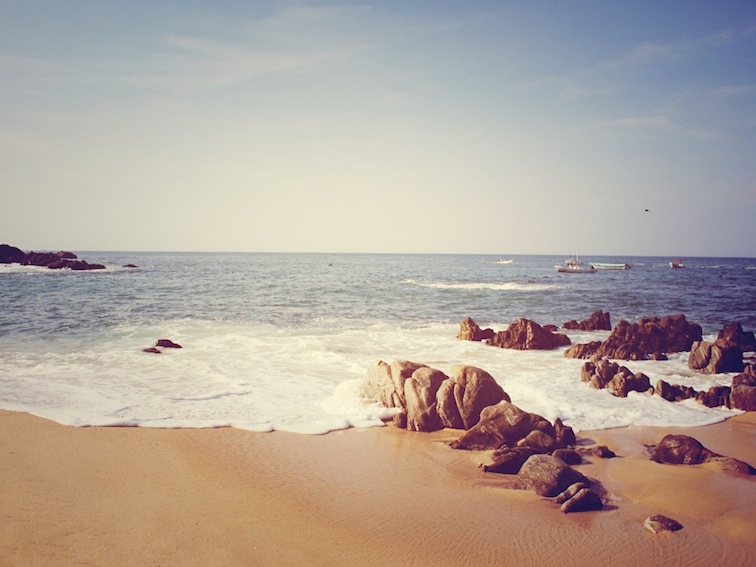 The sea, the sea, returning for me