Photography is one of the best ways to keep travel memories alive. We’re wannabe photographers, and have the equipment to match, but we still try to capture a bit of the colors and history of the places we visit in our extraordinary world. Hence, we’ve decided to enter the 2013 edition of Travel Supermarket’s Capture the Colour Photo Contest. The idea is to write a post displaying five travel photographs according to five colors: red, blue, green, yellow and white.

We’ve chosen our photo entries based primarily on the vivid memories they bring us of a place we particularly loved, and also their unique context.

Here are the big five: 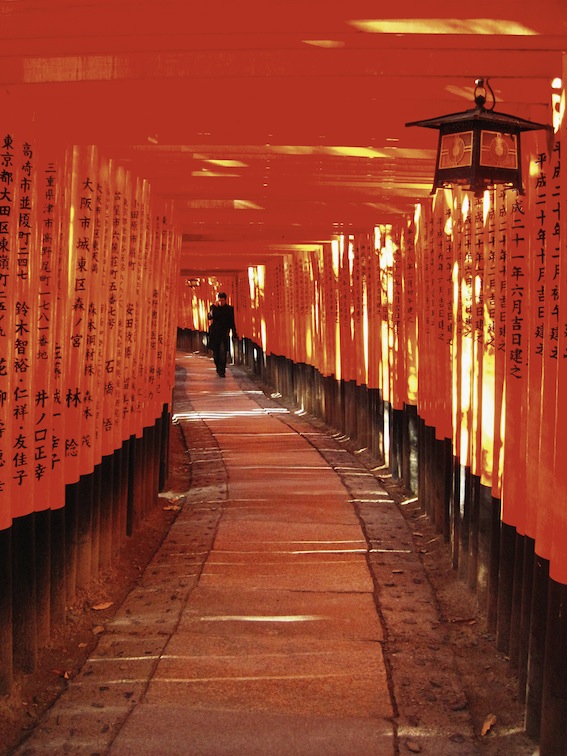 We start off in Japan, amidst the red torii of the Fushimi Inari Taisha shrine. It’s an obvious choice, since it’s one of most aesthetically beautiful places on Earth. We visited Japan in 2010, and ended up falling in love with it, to the chagrin of many friends who had to endure endless hours of breathless praise. This photo was taken shortly after my birthday, which explains my slightly unsteady demeanor. 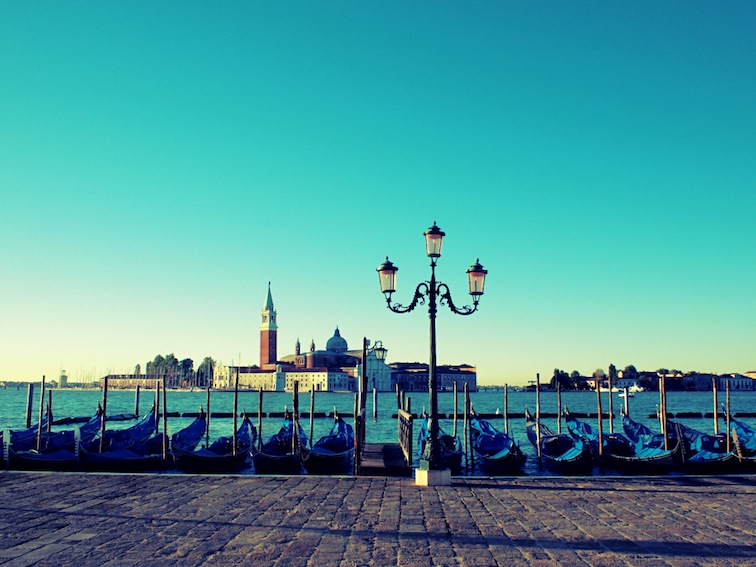 My first visit to Venice turned out to be one of the most bewitching experiences of my life. Years later, I returned to celebrate the lady’s birthday amidst the canals of the amphibian city. She loved it as much as I did, thus eliminating any need for couples therapy. Of all the myriad colors of Venice, blue is the one which stands out for us: the blue not just of water or sky or gondolas, but also of an endless summer.

On the 24th of Janury 2011, after a mesmerizing visit to the Pyramids of Giza, we meandered through the markets and alleys of Islamic Cairo, where Elle’s green attire stood in stark contrast with the dominant gold and black. Green was the symbol of regeneration and rebirth in Ancient Egypt, a characteristic we later found to be prescient. The following day, as we prepared to leave Egypt, Cairo woke up to mass protests in Tahrir Square. A revolution had just begun. 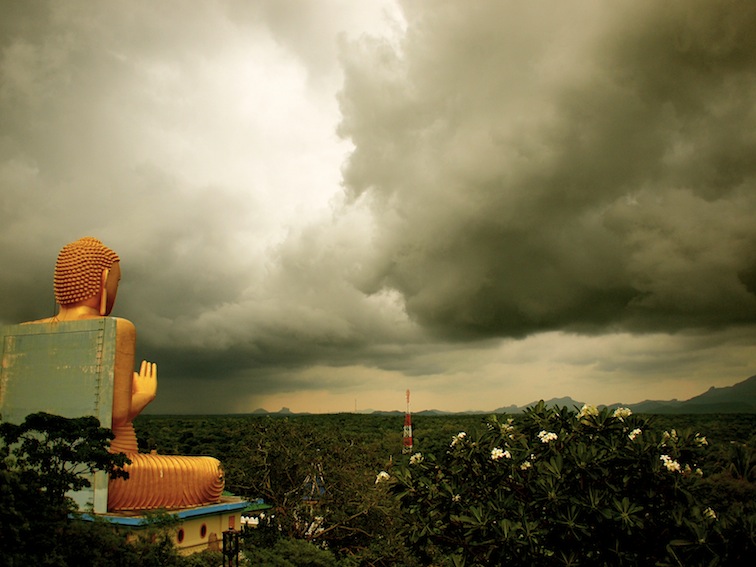 One of the most fortuitous discoveries made during our travels across Asia was the resplendent island of Sri Lanka. We arrived in 2010, knowing only bits and pieces of its fascinating history, but curious to attach a landscape to a name which had bewitched us since childhood. Crossing the Central Province on our way to the mountains around Ella, we stopped to admire the Golden Temple of Dambulla and its richly decorated caves. Once outside, a storm began to form, putting to test the resilient peacefulness of the gigantic Golden Buddha statue overlooking the surrounding plains. 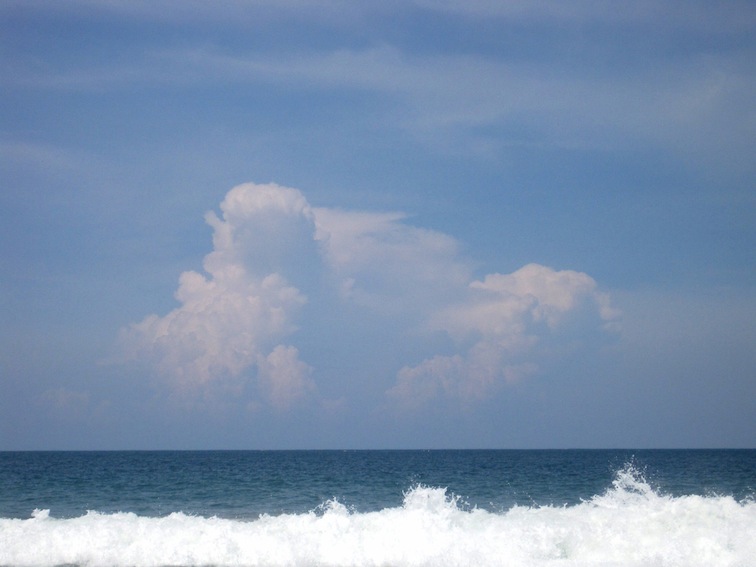 We couldn’t finish our entry without something from our current home, Mexico. As those who follow this blog may attest, we have become enamored of Mexico’s culture, landscapes and people, and have been delaying our exit for the past 3 months. This photo was taken in Puerto Escondido, where we spent long days under the sun, watching the wild sea turn and the clouds above bloom into unsettling mammoths.

And that’s it: 5 photos from 4 continents, providing a glimpse into the many wonders of our extraordinary world.

As part of the deal, we’d also like to nominate 5 fellow travel bloggers whose photographic talents we admire. In no particular order: